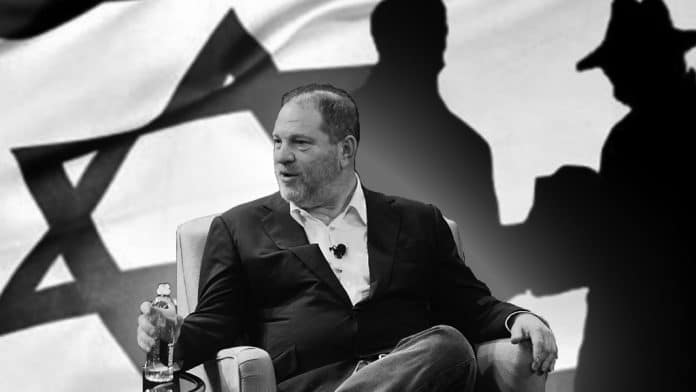 I am going to keep this short and sweet.  The current Hollywood witch hunt over sexual harassment is totally out of hand and there is a reason for it.  The endless tales, now coming out of Britain as well, Hollywood, news media, such as it is, government, all of this is carefully engineered.

The real story, the one Pizzagate was invented to cover, the real reason Weinstein is being used, and we will get to that as well, is the child sex ring run by Donald Trump, Jeffrey Epstein and Ghislane Maxwell, out of New York and Mara Lago.

This was a Mossad burn operation that caught hundreds and put them into virtual slavery, key members of regulatory bodies, including and especially the US Department of Energy, the Security and Exchange Commission and House GOP leadership.

Controlling the DOE allows the Kosher Nostra to continue to trade in stolen weapons grade nuclear material, one of the investigations buried after 9/11.

Why do you think Trump is at war with the FBI?

Since that time, everything we read is deflection including the investigation of Russia and the election.  Israel rigged the election, not actually “Israel” but the Kosher Nostra which is Israeli run but appears to be Russian and more often that not now works from Russia.

This was the point, leaving the fingerprints of Russia on everything.

As for Weinstein, he became disposable, simply there to provide deflection and to turn the pressure on the liberal media, Hollywood, people like Charlie Rose and eventually after longstanding Mossad targets like Senator Al Franken, seen as a dangerous anti-Zionist.  Burning Franken was “huge.”

Weinstein had gotten out of control and a deal was cut to provide coverage, to limit his real crimes, and to silence anyone who would come out with hard material.  The Mossad is doing this for him, and this was reported in the media, misreported as the nature of the real charges against Weinstein are nothing.

Behind all of this, and Stew Webb was totally right, are the Satanic organizations, St. Hubertus, Temple of Set and more that swept the military and later Washington, leading to the Franklin scandal, the death of Scalia, so much more, the real meat behind the petty daily crap we are now being fed.

Someone needs to realize that millionaire spoiled movie stars are not real people.  Women are being murdered and sold into slavery by the thousands each day while the media is concerned over people that don’t deserve our attention.

Human trafficking on a vast scale takes place across the world, from at risk children by the thousands disappearing into pedophile murder rings at home, like the ones run for DC’s politicians, to the local scandals that never rock places like Columbus, Ohio or Omaha, Nebraska.  This is an epidemic and not about the media at all.

After 9/11, drug and human trafficking increased globally 10 fold.  This was no accident.

Nothing about 9/11 was an accident.  Perhaps it is time that the Ft. Lee “mystery” began to focus on a new direction, why “Ft. Lee,” the home of the Kosher Nostra.