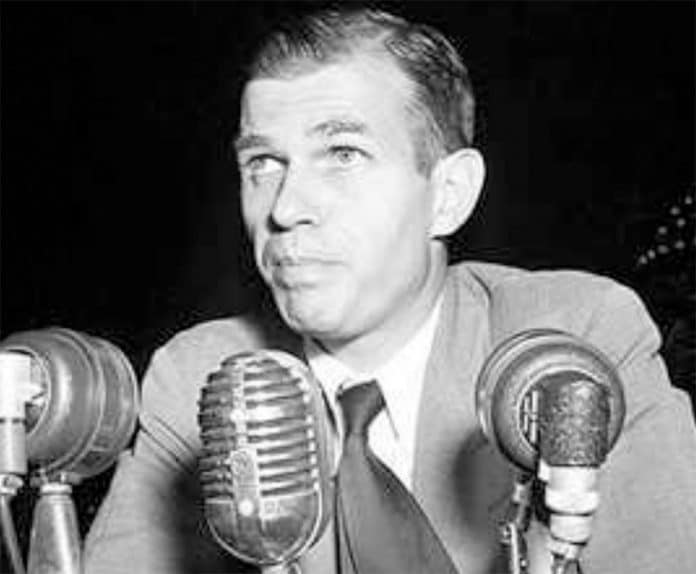 On this 27th day of November in 1954, after 44 months in prison, former government official Alger Hiss is released and proclaims once again that he is innocent of the charges that led to his incarceration.

One of the most famous figures of the Cold War period, Hiss was convicted in 1950 of perjury for lying to a federal grand jury.

Specifically, Hiss was judged to have lied about his complicity in passing secret government documents to Whittaker Chambers, who thereupon passed the papers along to agents of the Soviet Union. 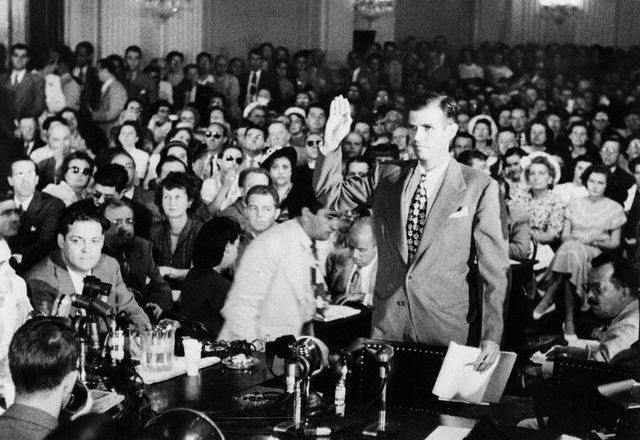 Upon his release, Hiss immediately declared that he wished to “reassert my complete innocence of the charges that were brought against me by Whittaker Chambers.”

He claimed that his conviction was the result of the “fear and hysteria of the times,” and stated that he was going to “resume my efforts to dispel the deception that has been foisted on the American people.” He was confident that such efforts would “vindicate my name.” Some observers remained skeptical of Hiss’s protestations.

Senator Karl Mundt felt that further investigation of the matter would probably be a waste of time, unless Hiss decided “to come clean and tell the whole story.” Chambers issued a brief statement in which he declared that the “saddest single factor about the Hiss case is that nobody can change the facts as they are known…They are there forever.

That is the inherent tragedy of this case.”The controversy over the facts in the Hiss case is also here forever. It remains a highly charged issue.

His defenders argue that Hiss was a victim of the Red Scare that swept through the U.S. during the 1940s and 1950s.

Others are equally adamant in maintaining his guilt, claiming that documents recently released from Soviet archives strongly support the case that Hiss was a spy for the Soviet Union.