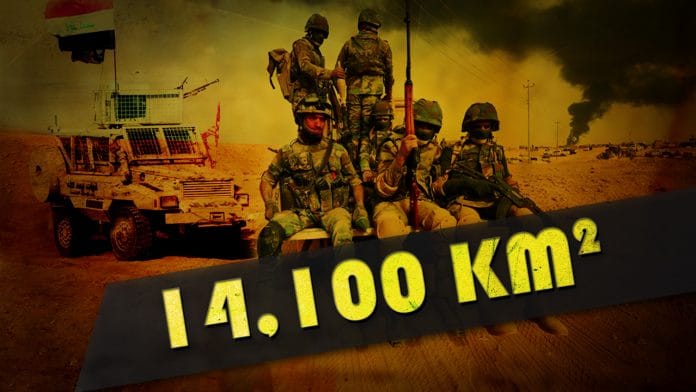 Russian Tu-22M3 strategic bombers carried out massive strikes on ISIS terrorists in the Syrian province of Deir Ezzor on November 25 and November 26. According to the Russian Defense Ministry, the strikes hit ISIS’ manpower, vehicles and command posts in the Euphrates Valley.

On November 26, the Syrian Kurdish Hawar News Agency (ANHA) claimed that “Turkish-backed militants” have shot down three Russian helicopters over the northern Aleppo countryside. An official of the Kurdish People’s Protection Units (YPG) told ANHA that several Russian pilots and high-ranking officers were killed or injured in the supposed attack on the Russian helicopters.

So far, ANHA has provided no video or photo confirmation of its claims. The militant groups of Nour al-Din al-Zenki Movement and Hay’at Tahrir al-Sham (formerly Jabhat al-Nusra, the Syrian branch of al-Qaeda) have not claimed that they downed some helicopters in the area.

According to local sources, three Russian helicopters, a Mi-8AMTSh and two Ka-52, were really spotted in the area. Local militants opened fire on them with light weapons and machine guns. However, no helicopter was downed. An absence of the official commentary on the issue from the Russian Defense Ministry contributes to this version.

In northeastern Hama, ISIS cells have seized the villages of Rasm Sakkaf, Mu’siwan, ‘Atshanah, Shayhat Hamra and Abu ’Ajwah from Hayat Tahrir al-Sham (HTS). The group expansion in the area came amid an intense fighting between the SAA and HTS in southern Aleppo and northern Hama.

The Iraqi Army and the Popular Mobilization Units (PMU) have liberated the area of 14,100 km2 including 175 villages since the start of the anti-ISIS operation in the al-Jazeera region of Iraq. During their advance, government troops have destroyed 11 vehicles, 5 oil tankers, 18 car bombs and 6 motorcycles of ISIS as well as dismantled 1,000 IED planted by ISIS.

The army and the PMU are now consolidating their gains, securing the recently liberated area and re-supplying their troops. As soon as this is done, they will continue their push to liberate the rest of the border area from ISIS.