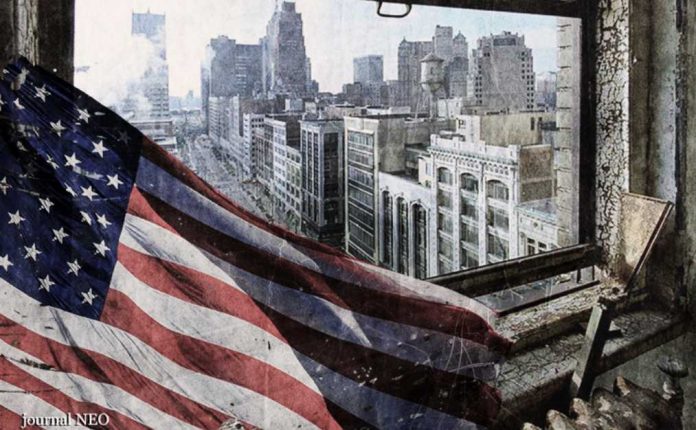 [ Editor’s Note: We had a recent Gordon Duff NEO article published that had some hair on it for being critical of Israeli policy, which we don’t view as an ethnic or even a religious construct, but a geopolitical and national security one. And it is becoming understood that Israel has to be closely looked at, all the time.

The recent revelations that Israel has had “relations” with a dozen Arab nations that did not recognize it show that not only were the respective Arab State citizens played by their rulers, but the entire world public is shown a Potemkin village that is presented to us so we are easier lead around by the nose.

We are beginning to see attitudes change on the universal fear of critical reviews of what Israel has been doing and why, which was traditionally a “no go” area for those interested in a comfortable career.

The hardest nut to crack has been our security organizations who depend on politicians to fund their budgets; but the politicians have been compromised by the Zionists to the extent that calling them dancing bears is not an exaggeration. Any cursory review of the video of Netanyahu addressing a Joint Session of Congress will show the dance.

VT has always been on the front lines of this fight, the big one, and will remain so. But as 2017 comes to a close, we see a revelation developing like never before that things can not get better until Israeli meddling is dealt with.

As to how best to do that is a work in progress, as the Zionists are “layered up” with cannon fodder buffers that have to be dealt with before they begin to sweat. The next hurdle will be to make it an election issue, which it never has been.

Trying to run for office without having to pledge allegiance to Israel is the key breakthrough to turning things around politically. But from a security perspective, until we see some major Israeli espionage networks taken down on Capitol Hill, the cork will remain in the bottle.

Can this be done when the Trump circus is in town? Probably not. The Justice Department and the FBI have their plates full now. But there is still a lot of work that can be done, like passing Gordon’s article around to those who need to read it, whether they want to or not.

At the end of the day, the public either supports making changes, or it remains compromised. But we will at least give them a chance. We will have a lot of work to do… Jim W. Dean ]

The world knows America is done for. Trump isn’t making America great, he is dancing on the corpse. We could give dates, 9/11; or back in 1913 when America took on an illegal Rothschild central bank. Perhaps it really is 1913; and the America of today is the result of bleeding that began then.

It is always about debt. When nations take on a central bank, and all central banks are foreign owned, all controlled by the Rothschild family, their institutions crumble, the family, religion, their government, the courts, their media, all are targeted.

We have seen this time and time again. The reason 9/11 is critical has nothing to do with the endless war sweeping the world that it began, proxy armies, phony terror groups and teeming millions of refugees.

For America it announced the largest robbery in history, $10 trillion in assets, enough to buy the entirety of Europe, simply “disappeared.” Only days before 9/11 it was learned that $2.4 trillion was missing from the US military budget alone, according to Defense Secretary Donald Rumsfeld.

What few know is that the group investigating, in their entirety, were killed on 9/11 during the incident at the Pentagon. We call it an incident because calling it a terror attack or even an airline crash is unsupportable without throwing away any reason whatsoever.

Then we ask, who does such a thing, who would take down America, destroy their government, collapse their economy as in 2008, and allow a nation to be led by a leader known to be clinically insane? Why do we never name the culprits, who are the “usual suspects?”

Let’s look at what happened in America while the world watched the invasions of Afghanistan and Iraq, two wars America has technically lost, beyond lost, each alone makes the debacle of Vietnam stand out as a beacon of reason.

By the end of 2007, America’s 5 leading investment banks were bankrupt, having “misplaced” trillions in assets. Most major corporations were the same, broke, hopelessly, to the extent that the Down Jones Industrial Average had to be reconfigured as the leading companies in America were no longer viable.

If you track such things as credit card debt or home values, you see a different story. Between 2008 and 2010, unemployment in America rose to over 10%. Personal savings collapsed and personal debt rose to unimaginable levels while key industries like arms, oil and pharmaceuticals, informally known to have immense power over government, made record profits.

With interest rates dropped to almost nothing by Bush 43, millions of America families sought to protect assets through buying homes that would otherwise be unwise, overlarge, unaffordable, sold on the idea of a ballooning real estate market by media pundits.

By 2008 those homes stood empty. Many million dollar homes had the walls and wiring torn out, plumbing destroyed as angry homeowners packed up and moved in with relatives or simply joined the millions of homeless.

Most homes lost 60% of value across America and those forced to sell took on a lifetime of debt. Similarly, retirement savings typically lost 72%. A million dollar 401k that would return $5000 a month for life based on Clinton era rates and market performance was now only worth a little over $200,000 with an income potential of $200 a month. America’s middle class would work into their mid to late 70’s, with skilled and management retirees sentenced to a decade of menial labor on behalf of the banks that organized the crash.

This, of course pushed the younger generation into military service. With available jobs, and there were few of those, paying well under poverty level, military pay was the highest around with a guarantee of deployments to Iraq and Afghanistan year after year.

Was this a plan? Was it known that America’s military would exhaust itself, losing its NCO corps, it best officers, it equipment failings exposed to the Cold War era Soviet weapons America herself spent billions on that now are in the hands of terrorists around the world?

Worse still, is the idea of betrayal. When the Syrian War came into focus, something amazing happened. Washington was forced to accept that not only were the terror groups al Qaeda and ISIS being supported by Saudi Arabia and Turkey, but that Israel may have been behind it all.

Thus, when Saudi Arabia coordinated the OPEC oil embargo on the US, pushing oil price to stratospheric levels, all based on US aid to Israel during the 1973 War, might this well have been coordinated too?

More recently, it has become known that Saudi Arabia had a major role in 9/11. If they have been close to Israel all along, and were one to review issues of 9/11, such as who benefits, it become clear that everything since that day has not only benefitted Saudi Arabia but Israel as well.

In fact it has become clear that almost all world terrorism, the Paris attacks, Boko Haram in Africa, certainly ISIS, all of it, has benefited Israel and Saudi Arabia as well. Then might well a hypothesis that interests attributed to the Israeli state more benefit the Rothschild family than Israel itself?

If results are an indicator, Israel faces a unified Syria, Iraq and Iran with powerful Pakistan, Turkey and near-Superpower again, Russia, moving rapidly toward forming a regional power alliance?

Israel is far from secure, everything but, however what does exist is endless trillions in debt, the promise of war for another decade or more, chaos, distrust, balkanization around the world, poverty and disease, the signs are clear. This is the business model of the world’s banking system. This is what is meant by “globalism.”