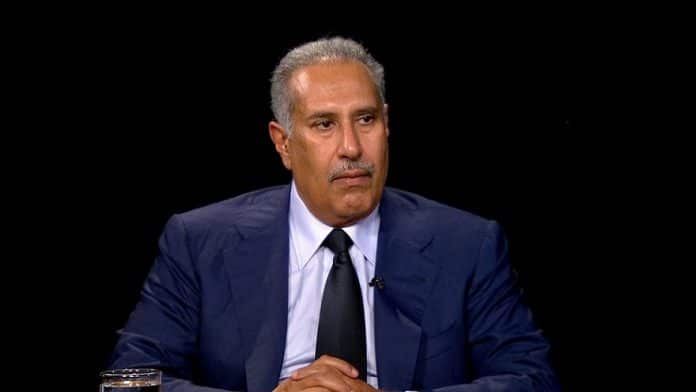 [ Editor’s Note: I had seen the Charlie Rose interview with former Qatari PM and FM Hamad Bin Jassim but missed the BBC one that Orlov’s article covers below. It reveals the $137 billion that the US coalition spent to topple Syria, an astounding figure, and of course all debt funded onto the backs of future Americans.

As for the revolt back at home over all this, it never happened. Distractions galore have overseas concerns at the bottom of most people’s lists, so that is where a lot of low risk looting goes on.

Orlov’s figures on the bribes paid to Syrian officer defectors are in line, but the $50 million paid by the Saudis for ex-Syrian PM Riyad Farid Hijab’s defection seems overly generous. If true, one can imagine the bitterness of the Saudis and hence their wanting to blame Iran, but you notice you hear no condemnation against Russia’s assistance, which was the tipping point in the war.

And of course none of the EU countries, despite NATO being involved in the Syrian take down, with the old Mid East colonialists leading the way, are following Saudi Arabia’s lead in the new Iran bogeyman push. They are racing to get a piece of the Iranian rebuilding contracts and holding tight on the JCPOA deal, too.

Surprise, surprise…they are caught playing both sides against the middle once again, selling arms to the Saudis to pummel the poor Yeminis while doing business with Iran. Even N.Korea has gotten more PR savvy, saying its nukes are only for the US, and because they don’t want to get the “Libya treatment”, but which last I remember that was a NATO deal, too… Jim W. Dean ]

A few days ago, former Prime Minister and Foreign Minister of Qatar Hamad Bin Jassim in an interview with the BBC announced that his country had been providing all sorts of assistance to the armed opposition groups in Syria through Turkey for years.

At the same time, Doha wasn’t alone to show its supports to anti-Assad forces, as it was joined by the United States, Saudi Arabia, Jordan, the UAE and Turkey itself.

All this began back in 2007 after Israel suffered a humiliating defeat in South Lebanon, while being unable to overcome Hezbollah’s resistance in 2006. According to the former Qatari Prime Minister, Qatar was in charge of the so-called “Syrian Dossier” on behalf of the US and Saudi Arabia, adding that he had access to both American and Saudi paperwork on the staging of a so-called “Syrian civil war.”

Hamad Bin Jassim announced that weapons and equipment was distributed to all sorts of opposition groups via Turkey. These operations were a common routine of American, Turkish and Saudi military personnel in this country.

At the same time, the Incirlik Air Force base would host a joint operational headquarters, where intelligence officers from the United States, Turkey, Saudi Arabia, the UAE, Morocco, Jordan, Israel, France and Great Britain would coordinate the course of proxy operations in Syria. Washington had gone as far as to dispatch 6 special reconnaissance satellites for those officers to observe the entire territory of Syria 24 hours a day non-stop.

This operational command center was in charge of military operations in the north of Syria. As for the operations in southern parts Syria, to coordinate those Washington created a similar command center at the King Hussein Air Base in Jordan , where officers from Jordan, Israel, the United States, Great Britain, Saudi Arabia, the United Arab Emirates and Qatar would join their efforts in a bid to outsmart Syria’s government.

The former Prime Minister of Qatar announced that a total of 137 billion dollars was wasted on the attempts to topple Assad’s government since the beginning of the war, while some of these funds were stolen by various field commanders that became millionaires overnight.

In addition, considerable resources were wasted on the attempts to bribe Syria’s military brass, in attempt to persuade them in betraying their country or desert their positions. On average, a Syrian officer would receive from 15 to 30 thousand dollars for betraying his country.

The former Qatari official would announce that the ex-Prime Minister of Syria Riyad Farid Hijab was persuaded in fleeing Syria by his cousin, who had been a Jordanian resident for a long while. For this betrayal, Riyadh would pay him a handsome sum of 50 million dollars. In addition, the former commander of the Republican Guard Manaf Tlass would trade his home state for a chance to seek support of the UAR due to his sister’s successful attempts to persuade him into leaving.

The sister, Madihi Tlass enjoyed French citizenship ever since she became the widow of the Syrian-Saudi businessman Akram Aja. This fact allowed French intelligence services to approach her to carry out the above mentioned operation.

According to Hamad Bin Jassim, Lebanese Prime Minister Saad Hariri played a major role in fomenting the Syrian conflict with an extensive support of a number of pro-Saudi Lebanese officials. In addition, the former Qatari Prime Minister mentioned the role that Iraqi Kurds played in the formenting of the so-called Syrian “civil war”, especially Massoud Barzani.

At the conclusion of the interview, he announced that his government played a big role in the destruction of Egypt, Libya, Syria and Yemen, while acting on Washington’s behalf.

It’s hard to say what prompted such a figure to make those revelations. Most of the facts he mentions were known to those analysts who have been following the Syrian events closely. But this time, instead of seeing reports from “from certain trusted sources”, but a true confession made by the man who was behind the so-called color revolutions movement in the Arab world.

Perhaps he was following the orders of the sitting Emir, who has turned against Saudi Arabia, the United Arab Emirates and Jordan, breaking all diplomatic relations with the Persian Gulf monarchies.

But then the question arises: why did the former prime minister talk about the role of the US and Turkey, the states Doha has been enjoying close ties for a long while? Today Hamad Bin Jassim has found himself in a difficult situation since he would the Qatar Investment Fund has become legendary throughout the Arab world for its corrupt practices.

Both the US and British intelligence services have accumulated enough discriminating files to blackmail the former official for life. And with Riyadh, there’s no point in spoiling the relationship further, given that King Salman is about to abandon his post in favor of his son, Crown Prince Mohammed. And Qatar will have a chance of finding common language with Saudi Arabia then.

However, Jassim’s reasoning behind these revelations is far less interesting topic than the reluctance of international agencies to open an international investigation of all the circumstances of the overthrow of legitimate governments of a handful of Middle Eastern states, along with the continuous attempts to destroy Yemen and Syria, which constitute a gross violation of the norms of international law and the UN Charter.

And all officials from the countries mentioned by the Qatari Prime Minister including himself are to be subjected to arrest and tried in the International Criminal Court for their actions that resulted in the deaths of hundreds of thousands of people.

It is clear that those agencies have compromised themselves a long while ago, but justice deserves a try. Or at least one could attract wider attention to the interview of the Qatari officials. Such revelations must not be ignored.