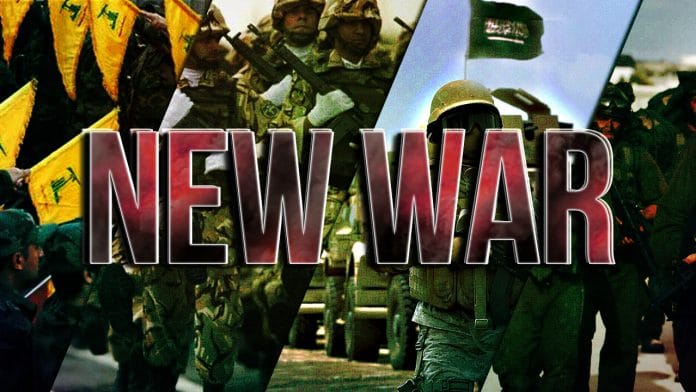 The world today, is on the brink of seeing a new conflict over Lebanon. While the chances for escalation are high, the essential pre-conditions for a new, large-scale war in the region, are still in the works.

Hariri originally announced his resignation in a televised speech from the Saudi capital, Riyadh, on November 4. Hariri’s resignation sparked a new round of tensions between Saudi Arabia on one end and Lebanon with Hezbollah on the other.

Saudi Arabia accused Lebanon of “declaring war” on Riyadh by allowing Hezbollah “aggression” against the kingdom. Meanwhile, Crown Prince Mohammed bin Salman accused Tehran of delivering missiles to Yemen’s Houthi forces for use against the kingdom, an act he described as “direct military aggression”.

On November 19, an emergency meeting was held between Saudi Arabia and other Arab foreign ministers in Cairo, calling for a united front, to counter Iran and Hezbollah. In a declaration, issued after the meeting, the Arab League accused Hezbollah of “supporting terrorism and extremist groups in Arab countries, with advanced weapons and ballistic missiles.” In turn, the Lebanese authorities and Hezbollah said that Hariri was held captive in Saudi Arabia because he had not returned to Lebanon as he promised. On November 22, Hariri arrived at the Lebanese capital, Beirut, and suspended his resignation. This marked a new phase of the political standoff between the sides.

Hariri is a compromise figure in the Lebanese politics.

His appointment as the Lebanese prime minister was de-facto supported by Saudi Arabia, the United States and some influential groups in Lebanon. This move was aimed to serve the “interethnic dialogue” in Lebanon.

However, the recent developments in the Middle East, including the nearing end of the conflict in Syria and the growing influence and military capabilities of Hezbollah, have changed the political situation in Lebanon. Hezbollah units de-facto fulfil functions of the presidential guard. Lebanese special services and the special services of Hezbollah are deeply integrated. Hezbollah’s victories in Syria and humanitarian activities in Lebanon increased the movement’s popularity among people.

All these have taken place amid the developing crisis in Saudi Arabia where Crown Prince Mohammed bin Salman has launched a large-scale purge among the top officials, influential businesspersons and princes under the pretext of combating corruption. According to the experts, the move is aimed at consolidating the power of the crown prince and his father, King Salman. In general, the kingdom is seeking to shift its vector of development and to become a more secular state. In 5-10 years, it can even abandon Wahhabism as the official ideology. At the same time, Saudi Arabia is involved in an unsuccessful conflict in Yemen and a diplomatic crisis with Qatar. This situation fuels tensions and a competition for resources among the Saudi clans. As a result, the Saudi regime and the Saudi state in general, are now, in a weak position.

Let’s look at the interests of all parties.

On the one hand, the appearance of a new active foreign enemy could consolidate the Saudi population and its elites. The war with Hezbollah would allow the Kingdom to gain additional preferences from the United States. Furthermore, with Israel entering the conflict, the kingdom would significantly reduce the risks of losses in the direct military confrontation with Lebanon and Hezbollah.

On the other hand, Riyadh has a wide range of foreign and internal problems. Considering the current weakness of Riyadh, any push may lead to a fall of the colossus with feet of clay.

In the case of the conflict in Lebanon, Saudi Arabia will be involved in a military and diplomatic standoff on 3 fronts:

The conflict will also force a dramatic growth of oil prices. According to various experts, $150 per barrel can be expected by the end of the first month of the conflict, if it is to occur. Some may suppose that this scenario is beneficial for Saudi Arabia or clans that control Saudi Aramco, the largest oil exporter around the world. However, the expected guerrilla war, which will likely erupt in the Shia-populated, oil-rich part of the country, will level out the pros of this scenario. Additionally, there is always a chance, that the main combat actions will be moved to the Saudi territory.

Israel and the West, in general, are not interested in high oil prices. In turn, Russia and Iran, who will not be involved in the initial stages of the conflict, will receive an increase in revenue from this scenario. The problem is that Tehran and Moscow are not interested in this “big new war” as well. Such a conflict in the Middle East will pose a direct threat to their national security

Israel’s attitude is another issue. Tel Aviv believes that the growing influence of Hezbollah and Iran in the Middle East, particularly in Syria and Lebanon, is a critical challenge to its national security. The key issue is that Israeli military analysts understand that Hezbollah is now much more powerful than it was in 2006. Now, Hezbollah is a strong, experienced, military organization, tens of thousands troops strong, which has the needed forces and facilities to oppose a possible Israeli ground invasion in Lebanon.

Thus, Israel will decide to participate in a large-scale conflict in Lebanon only in the case of some extraordinary event. It is possible to assume that in the coming months, a large-scale war in Lebanon will not be initiated. Nonetheless, Israel will continue local acts of aggression conducting artillery and air strike on positions and infrastructure of Hezbollah in Syria and maybe in Lebanon. Israeli special forces will conduct operations aimed at eliminating top Hezbollah members and destroying the movement’s infrastructure in Lebanon and Syria. Saudi Arabia will likely support these Israeli actions. It is widely known that Riyadh would rather use a proxy and engage in clandestine warfare.  This means that a peaceful life in the region will not come anytime soon.

In turn, Hezbollah still needs about 1.5 years to further strengthen its positions in Syria and to free additional forces, which could be used in other hot points. The movement will likely put an end to the separation of power in Lebanon. This would mean that Hezbollah and Lebanon would become synonyms. Hezbollah also needs time to expand its network in the Shia-populated part of Saudi Arabia. Additionally, as Hezbollah’s involvement in the Yemeni conflict deepens, the balance of power in the region may begin to shift, creating further setbacks of the Saudi-led coalition.

According to some estimates, Hezbollah will be ready for a new round of the “big game” in the Middle East in the spring of 2019. 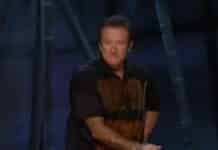 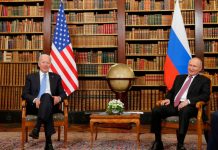 A Complete Explanation of How Human Aliens/ETs Live on Planets in Star Systems within...

Some old fashioned homework found a terrorism statute to use on...