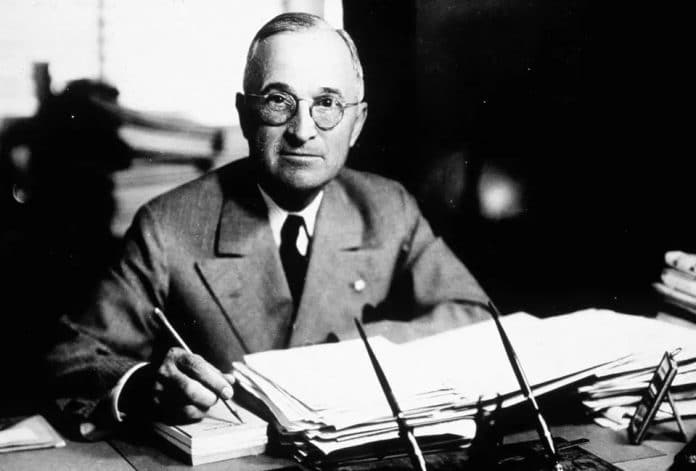 On this 30th day of November in 1950, President Harry S. Truman announces during a press conference that he is prepared to authorize the use of atomic weapons in order to achieve peace in Korea.

At the time of Truman’s announcement, communist China had joined North Korean forces in their attacks on United Nations troops, including U.S. soldiers, who were trying to prevent communist expansion into South Korea.

Truman blamed the Soviet Union for using communist Chinese insurgents as part of a devious plan to spread communism into Asia and pledged to “increase our defenses to a point where we can talk—as we should always talk—with authority.” 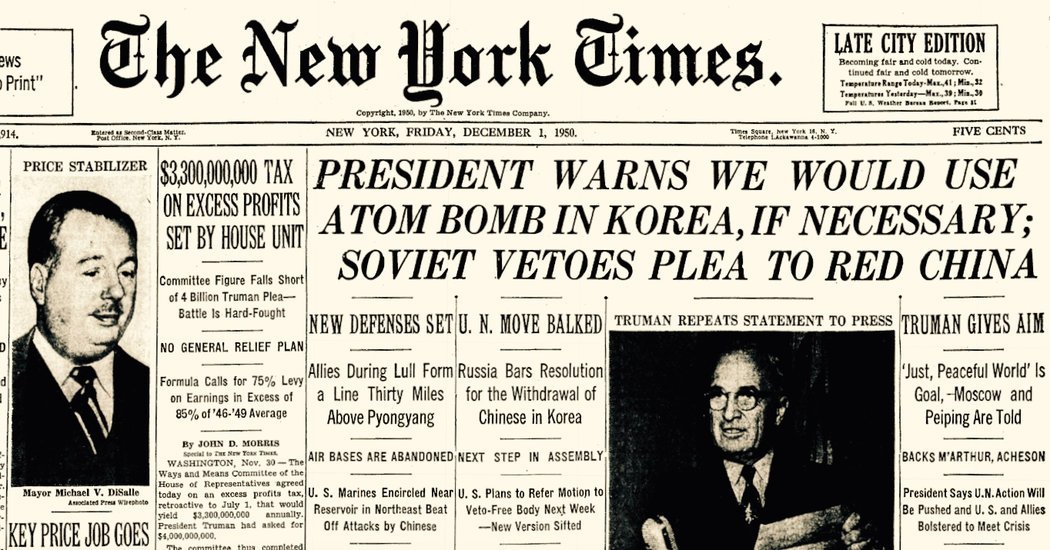 The press then asked what Truman planned to do if the Chinese Nationalists, who were already struggling against the spread of communism in their own country, failed to get involved in the Korean conflict.

Truman responded that the U.S. would take “whatever steps were necessary” to contain communist expansion in Korea. A reporter asked “Will that include the atomic bomb?” to which Truman replied, “That includes every weapon that we have.”

In 1945, Truman authorized the use of two atomic bombs to end the war with Japan. The bombs were dropped on the cities of Hiroshima and Nagasaki and, although the Japanese did surrender, the horrifying results were still fresh in everyone’s minds.

At the time, the U.S. was the only country to possess nuclear weapons. By the time the Korean conflict erupted, however, the Soviet Union had also developed an atomic bomb.

After affirming that the president always had to consider the use of nuclear weaponry in any scenario involving U.S. troops, Truman went on to assure the press that day that he never wanted to see the bomb used again. “It is a terrible weapon, and it should not be used on innocent men, women, and children.”

Truman continued to be mindful of the dangers of the nuclear arms race through the end of his tenure in office. In fact, in his farewell address to Congress in 1954 he warned, “we are being hurried forward, in our mastery of the atom…toward yet unforeseeable peaks of destructive power [when man could] destroy the very structure of a civilization…such a war is not a possible policy for rational men.”

In the end, the Korean conflict ended in stalemate, and did not involve the use of atomic weapons by either side. Korea was partitioned into democratic and communist spheres in the south and north respectively, with a demilitarized zone separating the two, which is patrolled by American troops to this day.