The Wahhabi fanatics are not smashing the statue because they hate Mary. Quite the contrary. They are “radical iconoclasts” in the way-too-literal sense, meaning they hate images and statues. They think worshipping images and statues is idolatry. So they think they are saving the Virgin Mary, whom they love (perhaps a bit too much, or in the wrong way) from being turned into a satanic idol.

Yes, that is pretty stupid – and un-Islamic. Islam is generally pro-Christian, and in many ways is just an update and clarification of Christian revelation. It insists on protecting minority religions, including the many forms of Christianity. “Say to the unbelievers: ‘To you your religion, to me my religion.” -Qur’an

All leading Muslim authorities agree that attacking the sacred symbols of Christians is wrong. But the Wahhabi-Takfiri fanatics and their Ibn Saud paymasters disagree. So the video depicts “Saudi Islam” not real Islam.

Ironically, Donald Trump (along with his boss Bibi Netanyahu) is Saudi Islam’s best friend. Trump has huge investments with the very people who sponsor the kind of behavior depicted in this video. He recently joined them in a satanic “orb ceremony” and then did the traditional sword dance symbolically green-lighting the Saudi-Israeli plan for war on Iran.

Trump is in bed with the Virgin-Mary-loathing Zionists and the idol-smashing Saudis. It may as well have been Trump himself smashing the statue of Mary. 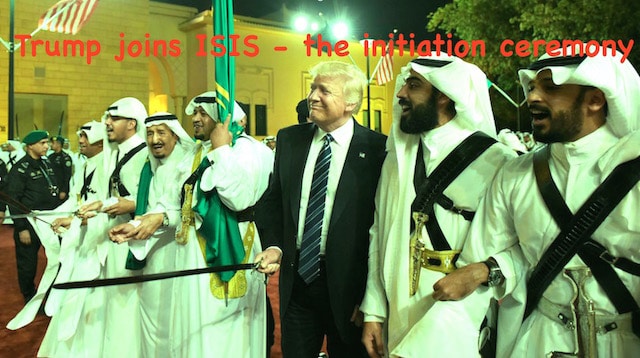 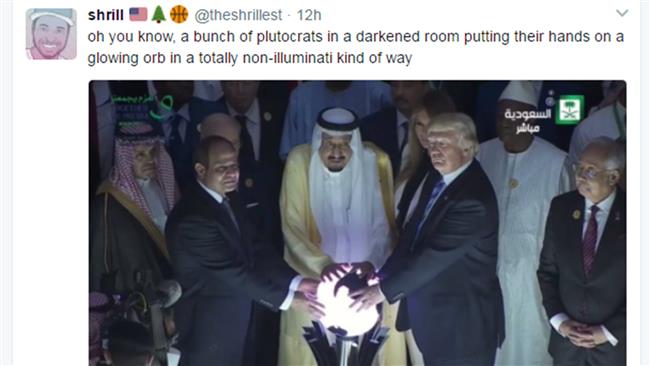