[ Editor’s Note: Turkey has definitely raised the stakes of the game with this move. Don’t be surprised if we see arrest warrants issued for some Turkish folks due to this.

Think about all those involved in marketing ISIS stolen oil from Syria, its antiquities and the looting of all the factories in Aleppo as kind of a Christmas party for Erdogan’s political party friends.

Once you start going after another country’s agents, it can start a wildfire and you have no idea where it will stop. So I have to ask, why is Erdogan pushing the envelope on Gulen?

We can’t even begin to count the Turks who were involved in the rape of Syria, including a lot of Intel people, including the ones facilitating the chemical weapons being transported into Syria to be used by the rebels to frame Damascus.

We may never know what the CIA response is on this. It could be done in a non-public way. And that could trigger a war in the shadows that no one wants after it gets started, but of course, they always say the other guy started it. Disasters are always orphans with unknown fathers… Jim W. Dean ]

The Istanbul Chief Public Prosecutor’s Office on Dec. 1 issued an arrest warrant for Graham Fuller, the former vice-chairman of the National Intelligence Council of the CIA, over his alleged involvement in the July 2016 coup attempt.

The arrest warrant alleges that Fuller was in Turkey during the coup attempt on July 15, 2016 and left the country after the failure of the attempted military takeover.

It also states that Fuller was in contact with American academic Henri Barkey, who was also previously subject of an arrest warrant in Turkey, as well as other figures who played a role in the coup attempt.

Barkey is accused by prosecutors of organizing and coordinating the coup attempt in a meeting on Istanbul’s Büyükada island between July 15 and July 16, 2016. Prosecutors claim that Fuller also participated in this meeting.

The arrest warrant comes after notorious Russian strategist Alexander Dugin had claimed during a recent TV broadcast in Turkey that both Barkey and Fuller attended the meeting on Büyükada. Dugin also stated that Russian intelligence agencies had “concrete evidence that CIA agents commanded the failed coup attempt.”

In 2006 Fuller wrote a letter supporting the U.S. green card application of Fethullah Gülen, who Turkey considers the coup’s mastermind. 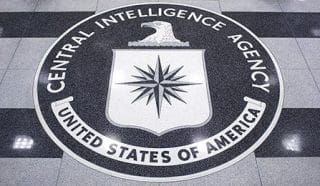 The prosecutor also accused Fuller, former vice-chair of the US National Intelligence Council, of having links to Muslim preacher Fethullah Gulen, who Turkey blames for the events previous year.

In the months following the unsuccessful plot for which Erdogan accuses Gulen of masterminding, pro-government and anti-American Turkish media implicated Fuller and Barkey of a leading role in the coup.

He is also suspected of having contacts with Henri Barkey, the former director of the Middle East Program at the Woodrow Wilson International Center for Scholars, as well as accused of organizing and orchestrating the coup alongside other suspects.

More news: ‘Destiny 2’: Where’s Xur and What’s He Selling (December 1)? USA armament of Syrian Kurdish forces battling the Islamic State (IS) group, Ankara’s demand from Washington to extradite Gulen, and an ongoing NY trial of a Turkish tycoon accused of breaching United Nations sanctions on Iran with the consent and collaboration of Erdogan’s government have added to the sour relations.

It said the warrant marked the first time that Turkish authorities have been able to confirm Fuller’s whereabouts before and after the putsch. Prosecutors claim that Fuller also participated in this meeting. Gulen, a former ally of Erdogan, has condemned the coup and denies any involvement.

More news: Watch Out For Next Few Quarters: Mukesh Ambani On Reliance Jio Profit Turkish police have detained over 50 thousand people over links to the Gulen movement which Ankara designates as a terror group.

Turkey has asked the United States to extradite Gulen for trial but USA officials say it has failed to provide sufficient evidence to justify such a move, infuriating Erdogan. The attempted overthrow and the government’s ensuing crackdown on the media, the political opposition, academics and security forces have sown division in the country.

SOURCEFairy Detox
ATTENTION READERS
Due to the nature of independent content, VT cannot guarantee content validity.
We ask you to Read Our Content Policy so a clear comprehension of VT's independent non-censored media is understood and given its proper place in the world of news, opinion and media.