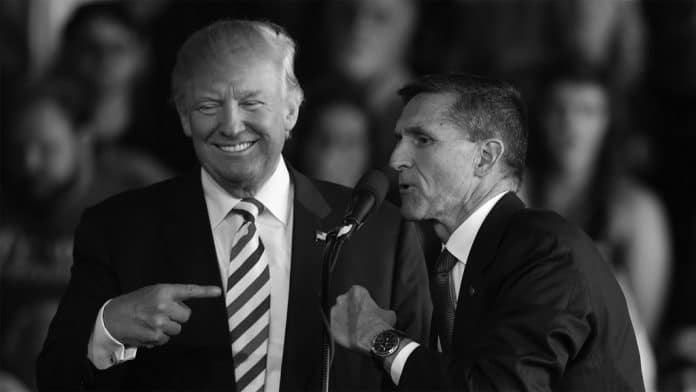 Opinion: This morning as people are questioning the Mueller investigation, I felt that it is important to keep the pressure on to include everyone. An article I wrote about the Mafia on Your Mind as it relates to negative artificial intelligence and the “War on Terror” is important to the Russia Probe.

The key point in the article is that certain republicans in conjunction with billionaires/vultures are attempting to alter the reality of the United States of America and its core values.

A good book to read about this is Wall Street and the Bolshevik Revolution.

From the article Mafia on Your Mind, regarding Internet Privacy: Republican created slave reality on its way in one can see how powerful big data combining itself with microtargeting can be in affecting behavioral change. A key question comes to mind, how involved is the former Nixon administration involved in it?

Re-published From February 2017
It seems like the some of the forces within Russia who supported Trump getting elected may also have the Putin administration on their chopping block, as the “Alt-Right” in the US makes accusations that Moscow is supporting the Anti-Trump protestors.

In reality, this fake news story makes it more clear that the Alt-Right in the US are coming more into alignment with their Ukrainian counterparts, the Right Sector and secretary of the Ukrainian National Security and Defence Council, Andriy Parubiy of the Right Sector.

“Parubiy was the founder of the Social National Party of Ukraine, a fascist party styled on Hitler’s Nazis, with membership restricted to ethnic Ukrainians,” according to an article, How the far-right took top posts in Ukraine’s power vacuum on Channel 4 news.

It is interesting that in beginning to make false statements or lie about Russia, the Alt-Right is coming out of the shadows in what could be a plan formulated within the Kosher Nostra. Looking at Ian Greenbaugh’s research into Trump ties to Russia, it becomes clear the alignment may not be with the state itself, but rather the Russian Mafia that has deep connections with the Kosher Nostra including potentially tied to Alpha Bank.

“Donald Trump’s connections with the Russian mafia were exposed in 2013 when the billionaire had to testify in the case on the sale of housing in Trump SoHo. The complainants said they were lured by Trump’s name when they bought apartments there. However they were unaware that only 10 per cent of all apartments had been sold. This was the case of Bayrock Group headed by same Arifov and Sater,” from an article sited here, Trump’s Kremlin connections by Oleksandr Demchenko.

“Then we got the Christopher Steele dossier on Trump and learned that Trump had been working with the Russian Alfa Bank owned by Russian-Israel oligarchs and that Trump’s phoenix-like rise from utter bankruptcy in the early 90s was due to a massive flow of funds from the Alfa Bank, money that was stolen from Russia was being laundered through the Trump organisation.

There are clear questions of the Bolsheviks and the Kosher Nostra operating inside the US attempting a take down of our democracy, civil rights and financial/educational strength through Trump. For people wanting to understand more about the Bolshevik revolution, see this article here, Jews and Bolshevism It is not Jewish in nature, it is colonialist/subjugationist in nature from a core perspective. Jews are a tragic scapegoat, promised a benefit for violating others rights.

“WE WILL IMPOSE UPON THEM SUCH A TYRANNY THAT WAS NEVER DREAMT BY THE MOST HIDEOUS DESPOTS OF THE EAST.” – LEON TROTSKY.

The key here is Russia, and the Putin government, to what degree are they still aligned with the Kosher Nostra and Bolsheviks? Do the Bolsheviks secretly want to take down Putin, partnering with an American counterpart through Trump and the Alt-Right to stop forward progress that Russia has made, move America under their control and then take out Russia and China using the US military, thereby creating the One World Order? Or are they collaborating with Putin?

Are they also trying to stop the defeat of terrorism that is Saudi backed, Wahhabist terrorists groups attempting to create a Daesh formed Caliphate in Syria, the ideological counter to Greater Israel which is supported by those same forces who started the “War on Terrorism?”

There has to be a reason Saudi Arabia was not on the travel ban other than Trump’s business dealings, when it is clear that Saudi elites have been the ones sponsoring terrorism. See this video here: Senate to Fight Daesh Should Stop Saudi Arabia Wahhabism  (video removed by YouTube)

Putin’s government has repeated on many occasions their desire to work with the US to combat terrorism fighting against Daesh. Trump has placated Putin with promises. Why can the US government not be clear who is sponsoring the wahhabism and terrorism?

We pay billions of US dollars per year to the military budget ,and they cannot name Saudi backed Wahhabism, originally founded by the British, and factions within Israel as the source of terrorism? At present the one country that has been successful in fighting the terrorism is Russia in Syria.

Who benefits from terrorism? Clearly those with Greater Israel in mind stand to gain with a Caliphate to relocate the Arab population of Palestine to, there are some winners, Who benefits from the removal of Putin? Who gains power in Russia? If Trump is removed for incompetence in the US, war with Russia will probably commence as the Neocon hawks continue on including fake news about Syria.

If Trump remains President, war with Russia could occur as a shift in the Alt-Right is already happening. Is the Russian Mafia working for the Russian hardliners that are fascists to get rid of Putin because of the modernization of Russia, attempting to bring back Bolshevism through fascism?

Perhaps it is time for Russia to come clean about the Koser Nostra, the Bolsheviks in the background and those who hacked the US elections or we all may be Humpty Dumpty. Trump and the Neocon hawks are not America, the People are. Perhaps it is time to remember the Civil War.

Why are we allowing a criminal enterprise to run at least two of the most powerful countries in the world?