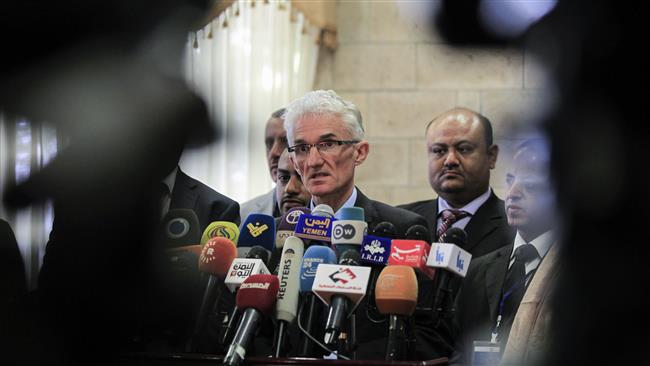 [ Editor’s Note: Finally we see Saudi Arabia getting a one-two punch on the nose for its war crimes against Yemen. I know what you are going say, “But Jim, the UN has no enforcement ability on this.”

And I would say “yes, not now”. But when eating an elephant, you have to concentrate on one bite at a time, not swallowing the whole thing in one gulp, as support fades away quickly because that is not possible.

But this is a big deal. It shows the great divide between the US and EU on the matter, and also puts the EU arms suppliers on the spot, as calls are growing for an arms embargo on Saudi Arabia.

You can bet your booties that this is not being sloughed off as a non-event by the Saudis. And some may even be thinking that this loss of Saudi prestige, if it ever had any, has come since the 32-year-old Crown Prince Salman has been at the helm.

As Trump has tied the US ship to the Saudi’s, he will get some of the splatter on him. And we know how he usually reacts, by counterattacking and digging a hole for himself even deeper by building his cartoon president image more every day.

When General Kelly could not take Trump’s Tweeter away from him, that might be looked back on as the key event of our finally getting rid of Trump. The disgust is rising even among Republicans for the record he is leaving, having lowered the bar of Presidential prestige to new lows.

I had said early on that we would be getting a reality-TV show version of a President with Trump. He is a one-style guy, that in any situation where he did not know what he was doing, he would just fake it. He proves me right on a weekly basis, if not every day.

In the end, Trump will fire himself. The only thing we can’t predict is how many bodies and how much carnage will litter the roadside behind him. Trump’s failure will be the failure of all of us, of our alleged democratic system getting closer and closer to having the word “fake” preceding it, which will be a sad day for us all… Jim W. Dean ]

The chief of the United Nations’ humanitarian affairs office has stressed that the Saudi-led blockade of Yemen has to be totally lifted.

UN Under-Secretary-General for Humanitarian Affairs and Emergency Relief Coordinator Mark Lowcock said on Friday that the Saudi-led military coalition waging war on Yemen had to completely lift the blockade of Yemen, where nearly eight million people are “right on the brink of famine.”

“That blockade has been partially wound down but not fully wound down. It needs to be fully wound down if we are to avoid an atrocious humanitarian tragedy involving the loss of millions of lives, the like of which the world has not seen for many decades,” Lowcock said.

“It is absolutely essential that people uphold their international obligations. Wars have rules and they need to be complied with,” he said.

Saudi Arabia and its allies have been ceaselessly pounding Yemen since March 2015 in an attempt to reinstall a former regime allied to Riyadh. The Saudi-led coalition has also maintained an embargo on the already-impoverished country since then.

Riyadh tightened that embargo after a retaliatory missile attack from Yemen early in November. The Saudi regime has claimed that it has partially loosened that embargo in the face of massive international outcry.

On Thursday, European Parliament members overwhelmingly voted for a resolution calling on the European Union (EU) to impose an arms embargo on the Saudi regime over the atrocities against Yemen.

The non-binding resolution, which was adopted in a nearly unanimous 539-13 vote, condemned attacks against Yemeni civilians as “war crimes,” and slammed EU members for authorizing weapons sales to Saudi Arabia in breach of EU laws on arms export control.