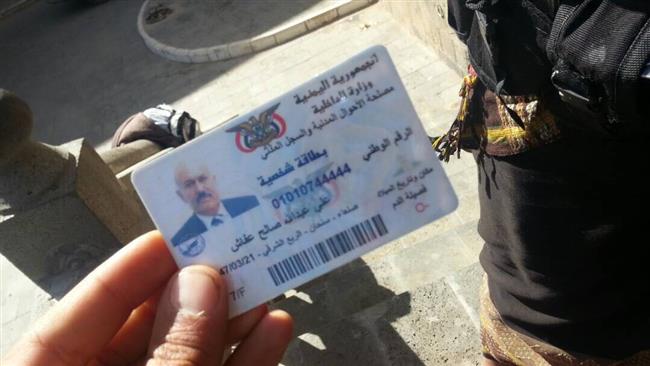 “Zero hour is coming to the battlefield in Sanaa,” former Yemeni President Ali Abdullah Saleh said Sunday in his last public statement, quoted on Monday by the Al Arabiya broadcaster. “The country has to be saved from the madness of the Houthi group.”

[ Editor’s Note: Well this was a big surprise for a Monday morning, ex-president Saleh picked off by snipers during combat near Sana. And yes, the famous last words above put a target up his back. They rubbed salt in the Yemeni wound, where the Saudis have a perfect record of ending all ceasefires by bombing the very next day.

How someone at his level could be caught out on the street in an urban combat zone, where snipers would have a shot at him, is one hell of a security failure – the kind of goof that people get shot for, literally.

It appears that Saleh had changed sides again, going back with the Saudis, and using the old tactic of divide and conquer inside the Houthi ranks, but siding with what the Houthi’s describe as extremist militias. Verification of these claims may or may not resolve what really happened and why, as there will be two passionate sides.

There is no telling what the Saudis will do now. They failed to subdue the poorest Arab nation on the planet, guilty of only wanting a representative government, something the Royals feel would eventually spread to Saudi Arabia, and thus that gave them the right to attack Yemen to put in the usual puppet government.

The Saudi military option failed despite having total military superiority over Yemen. This was probably the most lopsided fight in modern history, which included the Western fake democracy bottom feeders selling more weapons and providing combat support logistics for the Saudi bombing campaign.

When Saudi soldiers began coming home in body bags, a shift was made to use mercenaries to soak up the Houthi bullets. And, despite a complete air and naval blockade by Saudi Arabia, which the UN never sanctioned it for, the pitiful Saudis still continued to claim that the war was only continuing due to Iranian military support.

The Royals never explained how this military support could actually get into Yemen when food and medicine for civilians could not. And let’s not forget, this blockade also stopped Yemenis flying from out of the country to seek medical care, a war crime in itself.

The Yemeni war is a stain for the Royal Family, which foolishly exposed itself as a terror organization, and the war may eventually bring the Saudi hierarchy down. Fortunately those victims suing for damages will have a lot of assets to go after… Jim W. Dean ]

Yemen’s Interior Ministry has issued a statement confirming the death of the country’s ousted president, Ali Abdullah Saleh, during clashes in capital Sana’a.

The confirmation came after a Yemeni radio station announced earlier on Monday that Saleh had been killed during clashes in the Yemeni capital.

The Interior Ministry further said in its statement that Saleh had been creating “chaos” in the country through cooperating with “militias of aggression” and by providing help to “extremist militias.”

The ministry added that the Yemeni forces, backed by fighters from the popular Ansarullah Houthi movement, were in full control of all positions previously held by Saleh’s militias in Sana’a.

The statement also noted that conflicts, which had plagued Sana’a during past days, were actually over after death of Saleh.

“The Interior Ministry announces the end of the crisis of the treason militia and the killing of its leader and a number on his criminal partisans,” it added.

Later in the day, Saudi-owned al-Arabiya television quoted sources in Saleh’s General Peoples Congress as confirming that he had been killed. The news channel added that the sources had said Saleh was killed by sniper bullets.

Earlier on Monday, Saudi Arabia unleashed a fresh wave of aerial bombardments against targets in Yemen’s capital in an apparent effort to support forces loyal to Saleh.

Since November 29, armed clashes sparked by forces loyal to Saleh, have continued against Houthi forces that are at the forefront of a retaliatory war against the Saudi-led military coalition. Saleh loyalists accused the Houthi fighters of raiding their bases across Sana’a and beyond, an allegation that the Houthi leader has strongly denied.

Saleh stepped down following a 2011 uprising after being in power for 33 years. His resignation in 2012 paved the way for Abd Rabbuh Mansur Hadi to assume power as Yemen’s president. Hadi, however, resigned in 2014 and fled the country to Saudi Arabia.

The Houthi movement assumed responsibility for running state affairs after Hadi’s escape threw Yemen into a state of uncertainty and threatened a total security breakdown in the country, where an al-Qaeda affiliate was present.

Later on, Saleh joined forces with the Houthis and the Yemeni army to defend the country against the brutal Saudi aggression, which started in March 2015.

On Saturday, however, Saleh officially announced the end of his alliance with Houthis, claiming that the movement had imposed hunger on the country and worked as an ally of Iran.