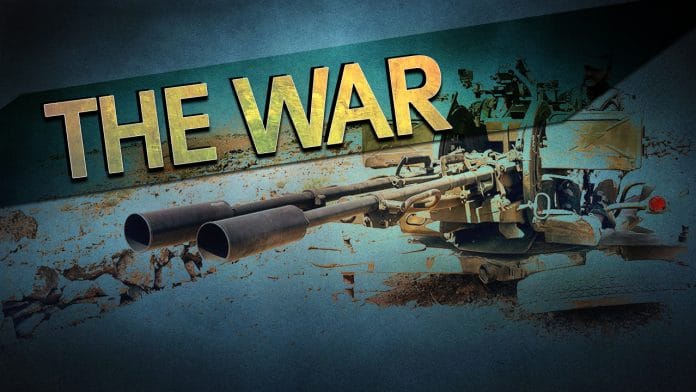 On December 2, Israeli forces launched between 4 and 6 missiles on the supposed Iranian military facility in the area of al- Kiswah in southern Damascus. According to pro-government sources, the Syrian Air Defense Force (SADF) fired several Buk-M2E surface-to-air missiles from its position in the Mezzeh airbase and intercepted at least 3 Israeli missiles. At least one Israeli missile hit the target.

On November 12, Israel’s Defense Minister Avigdor Lieberman threatened to destroy the supposed Iranian base in al-Kiswah and said Israel “will not allow the Shi‘ite axis to establish Syria as its forefront base.”

On December 3, Syrian government forces, led by the Tiger Forces, liberated 8 villages from ISIS in the Euphrates River Valley, in the area southeast of the city of Deir Ezzor.

On the same day, six Russian Tu-22M3 strategic bombers delivered a massive strike on ISIS targets in the valley. According to the Russian Defense Ministry, the strike destroyed munitions depots, command posts, manpower and hardware of ISIS.

On December 4, clashes continued between government troops and members of ISIS in the village of al-Qut’ah located in about 16km from al-Bukamal. As soon as the Tiger Forces reach al-Bokmal, the ISIS members remaining in Syria will be besieged in the Homs desert.
The ISIS-linked news agency Amaq also claimed that members of ISIS have downed a Syrian warplane in the outskirts of al-Bukamal. ISIS allegedly captured two pilots near the village of Al-Buq’an.

On December 3, the Kurdish People’s Protection Units (YPG) released an official statement declaring that the Syrian Democratic Forces (SDF) have established a full control over the eastern Deir Ezzor countryside. The YPG and its female version, YPJ, are a core of the US-backed SDF.

In the statement, the YPG also thanked to the US-led coalition and the Russian military for the assistance in operations against ISIS.
YPG General Commander Sipan Hemo met with representatives of the Russian military. According to the Russian side, the Russian Aerospace Forces have conducted 627 combat sorties and destroyed over 1,450 ISIS targets supporting operations of the YPG and local tribal forces against the terrorist group. The sides has a joint operation room in Salhiya in order to coordinate efforts of the Russians, the YPG and tribal forces against ISIS. The Russians also provide assistance in establishing a committee, which will be responsible for restoring peaceful life in the eastern part of the province of Deir Ezzor. Russia is also working on the issues of aid deliveries to the area.

In northeastern Hama, the SAA continued its limited efforts to establish a foothold for the widely expected advance towards the Abu al-Dhuhur Airbase controlled by Hayat Tahrir al-Sham (formerly Jabhat al-Nusra, the Syrian branch of al-Qaeda). Government forces have liberated the villages of Zabadi, Qasr Shutayb and Zaferiyah and advanced on Shutayb and Albu Layl.

In Eastern Ghouta, Faylaq al-Rahman has carried out few attacks against the SAA positions in Jobar and Ayn Tarma. The SAA responded with artillery strikes. The sides have conducted no major operations each against other.

In southern Syria, clashes between the SAA and Hayat Tahrir al-Sham (HTS) are ongoing southwest and northeast of the HTS-held town of Beit Jinn.