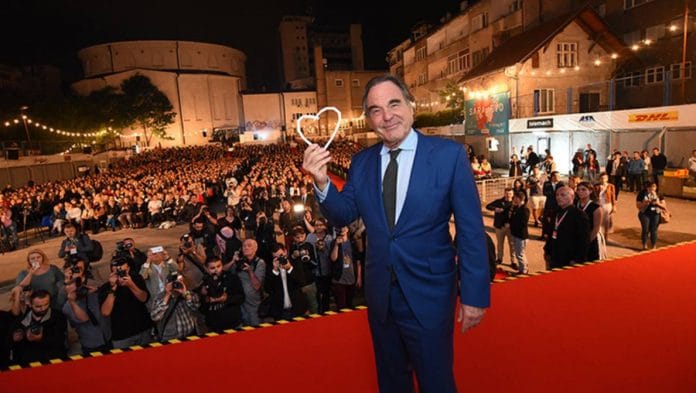 As Russia continues to be accused of US election meddling and President Putin is portrayed as a villain by the MSM, filmmaker Oliver Stone told RT there’s more to the story – and that he fears the US could lose its self-control and do something dangerous.

Stone – who extensively interviewed Russian President Vladimir Putin for “The Putin Interviews,” which aired on US cable network Showtime in June – spoke to RT’s Sophie Shevardnadze about Moscow, Washington, and the relationship between the two powers.

Speaking about his experience interviewing Putin, Stone said that despite claims that he was too easy on the Russian president, he “pushed him.” He said he could “feel his irritation when I was pushing him hard on the democracy question, on the question of his succession, on what’s going to happen next year. There are times I riled him.” 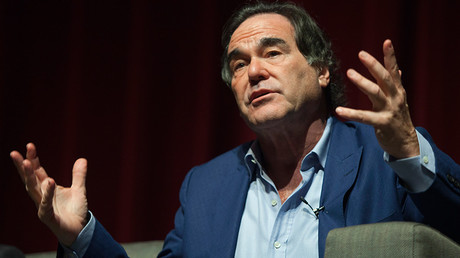 He also referred to the Russian president as a leader who seeks peace. “Every time I talked to Mr. Putin over those 30 hours, I never sensed any other desire on his part but to have a balance of power, respect for each other’s sovereignty, and a sense of peace in the world. And that’s what people don’t accept from him. They can’t believe that this man who they consider a villain is an emirate of peace.”

When asked whether “The Putin Interviews” could change the American perception of Putin, Stone said “it has to some degree.” However, he said it remains to be seen if anything will actually change when it comes to the bigger picture, citing the recent decision by the US Congress to expand sanctions against Russia.

Addressing Washington’s perception of Russia, Stone cited an “inherent carryover” from relations between the US and Russia relations during the days of the Soviet Union. “I’m sure that’s in the minds of those congressmen when they vote for the expansion of Russian sanctions. In their mind, it’s some form of the old Russia.” 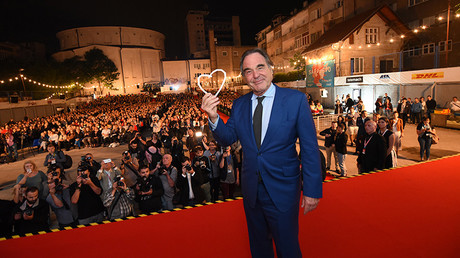 He also noted that there has been zero evidence provided to suggest that Moscow interfered in the election in any way. “The Democrats have descended to a moral order – immoral order – in which they accuse Russia of stealing the election when there’s no evidence of it, first of all, no evidence at all. And if there was, why are we not really investigating it? Why are we not investigating the computer at the DNC (Democratic National Committee)? The FBI never even bothered to investigate it.”

Stone, 71, admitted that Trump has been “attacked profoundly for Russia,” despite there being “no evidence, as yet, that I have seen, that indicates that Russia is in any collusion” with the US president.

Stone also said he “can’t tell you what is in Donald Trump’s head, I don’t think anyone can.” He said he doesn’t think he is “stupid,” but rather a “very sharp guy” who may potentially “misunderstand” Putin and “hasn’t been able to get anywhere in his administration” because he’s been “stuck in gridlock from the beginning” due to “severe” opposition.

The filmmaker spoke of a time when Putin told him that he had been through four US presidents. “I asked him what’s changed and he said basically nothing. So he’s indicating that there’s a bureaucracy – he called it a bureaucracy, in America they call it a deep state – a bureaucracy that has been resistant to change, certainly the policies towards Russia.”

Speaking candidly of his home country, Stone said “the United States scares [him] in the sense that it might lose its self-control and out of a sense of panic and fear, attack.” He later expressed concern about the “mentality” of the US Congress. “They could easily lose their sense of balance and perspective, and inflate anything up into a number that calls for some military action that could easily lead to a war or an accident…”

He spoke of being warned about the Soviets as a young boy, when he was told they were “going to take us over without even a war.” He said you “have to allow that this mentality exists. And when you’ve got a vigilante mob that hangs people, it’s scary. Because common sense goes out the window. It’s the first thing. And decency and humanity go out the window. So it scares me, that mentality. And it’s rampant.”

Also speaking on US politics, Stone said he used to believe growing up that the Democrats were “concerned about peace.” However, he said that feeling is now “squandered.” As for the future of America, Stone said he’s “going to try to stick around and see what happens, noting that “it could get really ugly and be pretty nasty in terms of casualties.”