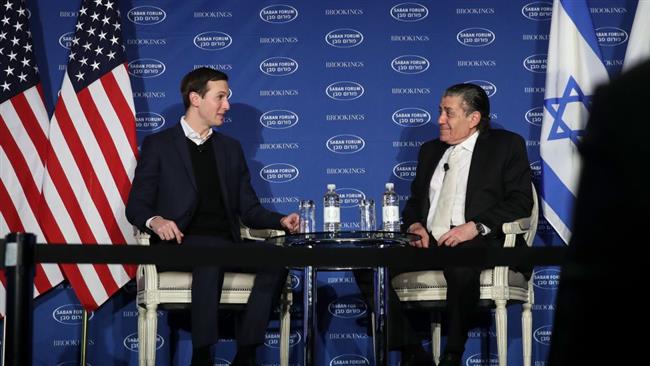 “How do you operate with people who are basically, with all due respect, a bunch of Orthodox Jews who have no idea about anything,” Haim Saban

[ Editor’s Note: These remarks below by Haim Saban, one of the major Democratic funders, was a rare peek behind the curtain when Jews talk to Jews. They don’t worry about being called anti-semites for challenging other Jews.

The flip side of this is Israel and its US operatives, who are now in the process of trying to legislate criticism of Israel as hate speech with judicial penalties, a tremendous attack on American freedom of speech.

It seems okay for the Zionists’ new friend Crown Prince Salam of Saudi Arabia to call Iran the “New Hitler” of the Mideast, meaning a pending genocide if Iran’s genocide was successful. But they forgot to give us any proof of even the desire by Iran to do this.

Then why cannot the term Neo-Nazis be used on Zionists for the decades of terrorism inflicted on the Palestinians, and where settlers and political figures call for throwing Palestinians out of the country?

While Kushner admits that having three Orthodox Jews representing the US in talks with Netanyahu on a Palestinian settlement is “not being a conventional team”, there are others, especially in the intelligence community, that would take things a step further.

And that is the threat that Trump may have made a deal to effectively put Israeli Intel operatives in charge of the whole process, to end run the State Department, which Tillerson is already objecting to below.

I would call that more than unconventional. I would call it an espionage penetration through the Kushner family, which is badly in need of cash for their over-extended real estate empire and which is the perfect target to co-opt, on top of Trump himself and his financial house of cards.

With all the sexual harassment cases coming out of the closet that could stimulate other long-term scandals being laid bare, one of the biggest is how Israeli espionage has been allowed to run rampant in the U.S. due to systemic corruption, with officials being compromised in a variety of ways. This disclosure is what I am asking Santa to bring me for Christmas… Jim W. Dean ]

Jared Kushner, US President Donald Trump’s adviser and son-in-law in charge of the Middle East, brags about fighting Iran in a pro-Israeli event.

In a rare public appearance, Kushner spoke at the Saban Forum and claimed Trump’s team tasked with establishing peace in the Middle East is “not a conventional team, but it’s a perfectly qualified team.”

Israeli-American billionaire Haim Saban who hosted the event, grilled the 36-year-old Kushner over his performance and criticized the makeup of his Middle East team saying:

“But to achieve [stability in the Middle East], the team has in it an entrepreneur, you, a real estate lawyer, a bankruptcy lawyer — I don’t know how you’ve lasted eight months in this lineup but that’s for another day — and it’s impressive that it’s still going.”

“How do you operate with people who basically, with all due respect, a bunch of Orthodox Jews who have no idea about anything,” Saban told him  at the Brookings Institute on Sunday. “What are you guys doing? Seriously, I don’t understand this.”

Kushner argued that “a lot of the issues that come up in the [Israeli-Arab] relationships on a day to day basis are caused by not having a final status agreement.”

Israeli Prime Minister Benjamin Netanyahu has frequently dismissed the idea that the Israeli-Palestinian conflict drives unrest. Israeli officials have trumpeted the willingness of Arab states to conduct covert ties with Israel, despite the absence of an enduring peace with Palestine.

Kushner did not lay out in detail a particular plan for peace, nor did he provide specifics. At one point in his remarks, he said that there had been “significant” progress in uniting Middle East countries against what he claimed was “Iranian aggression,” but when asked how that manifests itself, he was vague: “We’ll find out, it will take some time.”

Both Israelis and Palestinians “really trust” Trump, Kushner claimed. This is while later this month Trump may officially declare Jerusalem al-Quds as Israel’s capital, a move  the Arab League says would “fuel extremism” and further tensions in an already volatile region.

Tillerson in the dark

Meanwhile, Bloomberg reported that US secretary of State Rex Tillerson is concerned by what he sees as secret talks between Kushner and Saudi Arabian Crown Prince Mohammed bin Salman.

Tillerson is fearful that the discussions could backfire and tip the region into chaos, according to three people familiar with Tillerson’s concerns.

Tillerson reportedly believes Kushner has left the State Department and key US diplomats in the dark about the content of the negotiations with the Saudis.

The central goal of the negotiations, as described by two people with knowledge of the talks, is for an historic agreement featuring the creation of a Palestinian state or territory backed financially by a number of countries including Saudi Arabia, which could put tens of billions of dollars toward the effort.

Also, Kushner has apparently given assurances to Saudi Arabia over Riyadh’s potential decision to go beyond an ongoing financial embargo against Qatar through military means, a move that can provoke regional neighbors to take possible military measures against Saudi Arabia, and plunge the region into further instability.

Tillerson has reportedly moved to put brakes on parts of Kushner’s plan, saying he does not want the Saudis to get mixed messages from the president’s son in law and US diplomats.

Tillerson’s concern with Trump’s son-in law comes at a time of ripe rumors that he is preparing to sack his secretary of state and replace him with CIA Director Mike Pompeo.

On Friday, Trump appeared to quell such speculations tweeting: “The media has been speculating that I fired Rex Tillerson or that he would be leaving soon – FAKE NEWS!”