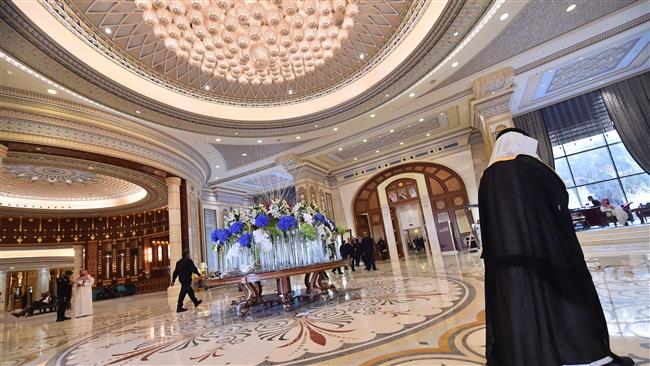 [ Editor’s Note: The Saudi State cash register begins to ring as the Princes and past top government officials buy their way out of jail. But the question remains on whether supporters of the Crown Prince were given a free pass from Prince Salman’s Ritz-Carlton style collection agency.

If a lot of these “negotiations” were filmed, we might get to see one hell of a reality TV show series; but it would be a bit melodramatic knowing what the results were.

Royal-watcher pundits suggest that this corruption purge and cash injection into the treasury will put wind in the sails of young Prince Salman’s reform plans, when his announcement as King becomes official.

I would suspect that those in opposition that are still sitting on looted Saudi funds might be laying low to stay off the Ritz Carlton list with the motto, “You get to stay for free, but leaving…ahhhh, that is going to cost you.”

The $100-billion figure that was mentioned for kickstarting the economic diversification program might be tied into the Crown Prince’s selective shakedown to introduce himself as the new sheriff in town to his people.

We also hear rumbles of the Saudis funding a Zionist-Palestinian deal with some development funding, but with the Trump US embassy move to Jerusalem in the works, the Crown Prince and his Israeli buddies might find themselves in a new Intifada… Jim W. Dean ]

The majority of high-profile figures recently detained in Saudi Arabia’s mass purge of royals and businessmen have agreed to monetary settlements in exchange for their freedom, the Saudi attorney general says.

Sheikh Saud al-Mojeb said in a Tuesday statement that most of the 159 Saudi figures detained at Riyadh’s Ritz-Carlton hotel have agreed to a “settlement” or reimbursement of allegedly ill-gotten gains to the Saudi state treasury.

“The necessary arrangements are being finalized to conclude such agreements,” statement noted.

The attorney general also said the bank accounts of 376 individuals detained over corruption allegations have been frozen.

Mojeb had previously estimated that at least $100 billion had been misused by the suspects through systematic graft and embezzlement over several decades.

Former spy chief Prince Bandar bin Sultan as well as billionaire Prince Al-Waleed bin Talal are among the notable businessmen and royals incarcerated in the biggest purge of the country’s elite in the kingdom’s modern history.

The kingdom also blocked the assets of the crown prince’s cousin, Mohammed bin Nayef, who reportedly continues to be under house arrest. Nayef was the crown prince until June when he was ousted by King Salman and replaced by his son.

The detained individuals are facing allegations of money laundering, bribery, extorting officials, and misappropriation of public funds for personal benefits. The crackdown is believed to be a self-promotion campaign launched by the crown prince aimed at consolidating his power.

On November 22, DailyMail.com cited a Saudi source as saying that Saudi Arabia was using US mercenaries to torture the detained Saudi elites. The source noted that Mohammed Bin Salman himself conducted some of the interrogations.

According to another report by the New York Times, Habib el-Adly, Egypt’s former security chief during the Mubarak-era, notorious for his track record of brutality and use of torture, was serving as an advisor to Mohammed bin Salman during the mass purge.

Informed sources say the number of the arrestees actually stood at more than 500, and that twice that number had been questioned.

Saudi Arabia’s ailing 81-year-old King Salman has been reportedly suffering from partial dementia and is said to be contemplating an abdication in favor of his son.