Yemen’s ex-President Ali Abdullah Saleh, who was killed early this morning in a reported rocket attack, will be remembered by history as one of four dictators brought down by the Arab spring five years ago.

The other three were Muammar Gaddafi of Libya, Zine El Abidine Ben Ali of Tunisia and Hosni Mubarak of Egypt.

In the wake of the Arab Spring Ali Abdullah Saleh remained in Yemen. Very much so. Though he gave up the title of president, he never abandoned power. Ali Abdullah Saleh simply changed sides, and not for the first time in a remarkable career which stretches back more than four decades.

Before the Arab Spring Saleh had survived by telling the United States that he was its closest ally in the ‘war on terror’ while simultaneously doing side deals with Al-Qaeda. Upon being dumped by the Americans in 2012, he stunned the world by entering into an alliance with the Houthi rebels who seized control of the Yemeni capital of Sana’a in September 2014 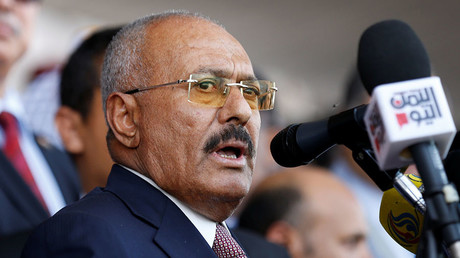 This alliance was as extraordinary and even more cynical as the Molotov-Ribbentrop Pact that consummated the deal between Adolf Hitler and Joseph Stalin, the leaders of Nazi Germany and the Soviet Union, on the eve of World War Two in 1939.

When Saleh was president, he had fought and lost six brutal wars against the Houthi, a clan from the north of Yemen. But Saleh and the Houthis discovered a common enemy in the shape of Saudi Arabia, and its global sponsors in the shape of Britain, France and the United States.

Saleh brought to his new alliance the loyalty of the army, whose soldiers until recently cheerfully manned checkpoints alongside Houthi militiamen throughout the Yemen’s capital of Sana’a.

Meanwhile, Houthi ministers were in charge of most government departments and held the front against the Saudis in the north.

It was a marriage made in hell. Last week it collapsed altogether, and the two sides went back to war.

This looks like another catastrophe for Yemen, which can unleash the famine of biblical proportions about which the United Nations has been warning for months.

For three years the Houthi/Saleh understanding had brought an element of stability to large parts of the war-torn country. At least in the areas under their control, there was an element of order and stability. Trucks and lorries could move around. Hospitals could operate.

Not now. It is too dangerous for aid agencies to work at all, hospitals are closing, and there is no food in the shops. Even if there were any open people don’t dare walk in the streets for fear of being caught up in the fighting. 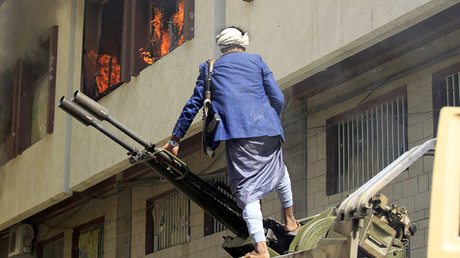 Houthis claim takeover of Yemeni capital, president calls for ‘all people’ to rise against them

The humanitarian crisis, already very grave, will get much worse very fast without a resolution to the violence.

Now that Saleh is dead, that de-escalation looks much less likely. His split from the Houthis had appeared to offer some long-term hope that the Yemen conflict could be solved.

Observers hoped that, with Saudi help, Saleh’s forces would drive the Houthis back to their tribal strongholds in the north. They hoped that would surely be enough to allow Prince Mohammad Bin Salman to declare victory, call a halt to Saudi bombing and the blockade of Yemeni ports.

Indeed it’s been an open secret for some months that Salman desperately wants to find a way of ending this terrible war in Yemen, which has cost Saudi Arabia billions of dollars and has a great deal of international goodwill. That can still happen, but that’s a much more difficult option for Bin Salman now.

The Yemen War may now escalate as the death of Ali Abdullah Saleh opens the way to a new wave of recrimination and revenge.

It’s not hard to see the Saudi air attacks intensifying and Iran getting sucked in much more deeply as a result.

Abdullah Ali Saleh has been the dominant presence in Yemeni politics for 40 years. This cunning old fox has been a force for stability. I hope and pray that I am wrong, now that he is dead I fear that a fresh hell beckons for the Yemen.

Peter Oborne has worked for the Evening Standard, Daily Express, The Daily Telegraph, Daily Mail and The Spectator. And also written acclaimed books, including The Triumph of the Political Class and A Dangerous Delusion: Why the Iranian Nuclear Threat is a Myth, among others.
SOURCERussia Today
ATTENTION READERS
Due to the nature of independent content, VT cannot guarantee content validity.
We ask you to Read Our Content Policy so a clear comprehension of VT's independent non-censored media is understood and given its proper place in the world of news, opinion and media.