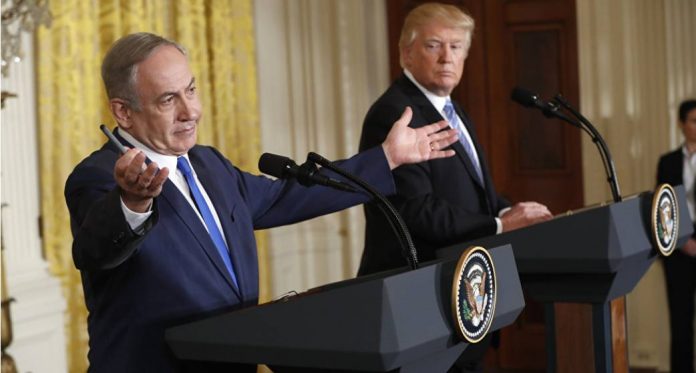 While no compelling evidence of Russian interference in the 2016 US election has been uncovered so far, the US’ recognition of Jerusalem as the capital of Israel has brought a different kind of relationship to the spotlight – the one between Washington and Tel Aviv.

US Special Counsel Robert Mueller’s investigation into alleged connections between Donald Trump’s 2016 presidential campaign and the Russian government has entered its seventh month of operation. More than $3.2 million has been spent, yet the investigators struggle to provide proof of Moscow’s interference.

While all eyes were on Moscow, President Trump made a groundbreaking decision to recognize Jerusalem as the capital of Israel, thus dragging a historically close relationship with Tel Aviv to the spotlight.

The ties between Israel and the US President Trump are demonstrably strong, Dr. Cristian Nitoiu, Dahrendorf Postdoctoral Fellow in EU-Russia Relations at the London School of Economics, told Sputnik, noting that “a look at his [Trump’s] business interests in the country, and major donors to his presidential campaign, attest to that.”

“A lot of his ventures in the US are partially funded by capital from firms in Israel,” Dr. Nitoiu told Sputnik.

A flagrant collusion between Trump’s team and the government of Israel, aimed at undermining both US government policy and international law, has been uncovered by Mueller’s investigation.

“On December 21 2016, Egypt submitted a resolution to the United Nations Security Council on the issue of Israeli settlements. The UNSC was scheduled to vote on the resolution the following day.

On December 22 2016, a very senior member of the Presidential Transition Team directed Flynn to contact officials from foreign governments to learn where each stood on the resolution and to influence those governments to delay the vote or defeat the resolution,” the statement of offense against Flynn read.

The draft resolution in question condemned Israeli settlement expansion in occupied Palestinian territories as a “flagrant violation under international law” which “dangerously imperiled the viability” of an independent Palestinian state.

The Obama administration indicated it would abstain from the resolution, while nonetheless stating the settlements lacked any legal validity, and the situation was critically threatening the viability of a two-state solution.

The Israeli government has publicly acknowledged its lobbying of the transition team. On December 4, the Israeli ambassador to the US Ron Dermer told Politico magazine Tel Aviv had “obviously” reached out to Trump’s people in December 2016, and asked them to speak to other governments “in order to prevent the vote from happening.”

On top of Trump’s own interests in the country, his son-in-law Jared Kushner — who has been tasked with devising a Middle East peace plan — has longstanding relations with major financial institutions from Israel.

Israel’s Prime Minister Benjamin Netanyahu and U.S. President Donald Trump chat as White House senior advisor Jared Kushner is seen in between them, during their meeting at the King David hotel in Jerusalem May 22, 2017

Kushner Companies share investments with Harel Insurance Investments & Financial Services, and two major national banks, under investigation by US authorities for allegedly helping clients evade taxes in the US and elsewhere.

Kushner also has business ties totaling tens of millions of dollars with the Steinmetz family, one of Israel’s richest families.

Still, Dr. Nitoiu makes clear Trump’s close relations with Israel are par for the course for Republican leaders, who have consistently been “strong supporters” of Tel Aviv since the state’s founding in 1947. No US president of either party has previously entertained the notion of siting the country’s Israeli embassy anywhere but Tel Aviv, despite Congress passing a law in 1995 demanding the move.