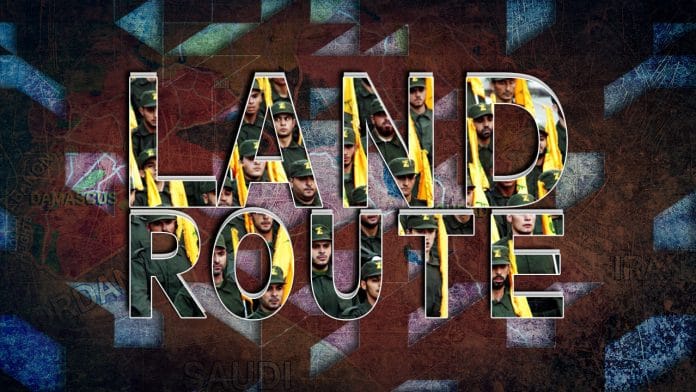 On December 6, the Syrian Arab Army (SAA), the Tiger Forces, Hezbollah and Iranian-backed militias liberated al-Alwai, Sayyal, Ghabrah, Tall Madkok, Hawi al-Ghabrah, al-Ashayir and Bissisat from ISIS and established a full control over the highway between the cities of Deir Ezzor and al-Bukamal in eastern Syria.

The rest of ISIS members had reportedly withdrawn from the Euphrates Valley to Syria’s Homs desert or the desert area in western Iraq.

On the same day, the ISIS-linked news agency Amaq claimed that members of ISIS have downed a Syrian warplane with an unspecified “anti-aircraft” weapon over the village of Tasel. This was the second time in a week when Amaq claimed that ISIS has downed a Syrian warplane. On December 4, ISIS claimed that its fighters shot down some warplane also north of al-Bukamal. However, Amaq was not able to provide any photo or video proofs in the both cases. Pro-government sources rejected Amaq’s claims as false.

Thus, pro-government forces officially established a major route between Iran’s Tehran and Lebanon’s Beirut. The United States and Israel had feared for a long time that such a route could appear and Iran swill be able to provide supplies to Hezbollah in Lebanon and to the SAA in Syria via it. Now, this road is the reality.

The US-backed Syrian Democratic Forces (SDF) denied in an official statement any cooperation with the Russian military and said that the US-led coalition was the only side supporting the group’s operation against ISIS on the eastern bank of the Euphrates.

On December 3, the Kurdish People’s Protection Units (YPG), a key fighting force within the SDF, announced during a meeting with Russian military officials that the Russians were backing its advance against ISIS. The Russian side also announced that its aircraft destroyed about 1,450 ISIS targets supporting the YPG. An info about the joint operation room involving the Russians, the YPG and local tribal forces was also revealed.

The US was not happy to see such news in the public sphere and the recent SDF statement just once again shows who is the boss in the so-called partnership relations between the SDF and the US-led coalition.

On December 6, Israel’s Prime Minister Benjamin Netanyahu stressed during the Jerusalem Post Diplomatic Conference that Israel has to “act now against Iran” in order to stop the Iranians from establishing “themselves in Syria.” On the same day, US President Donald Trump officially recognized Jerusalem as Israel’s capital. He also announced plans to relocate the US Embassy there triggering further tensions in the region. It seems the Middle East will face more hard times soon.