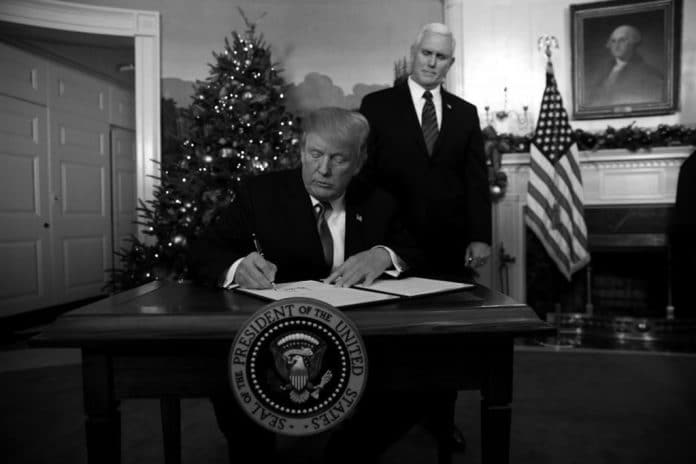 Here’s what an Early Day Motion, tabled by several prominent British MPs in the House of Commons, says about Trump’s statement on Jerusalem.

“That this House notes with dismay that Donald Trump, President of the USA, has declared that the US has formally recognized Jerusalem as the capital of Israel and that the US Embassy in Israel will relocate from Tel-Aviv to Jerusalem;

Early Day Motions (EDMs) are formal motions submitted for debate and they must be squashed into a single sentence. The House seldom gets around to actually debating them but they are an effective way of attracting the attention of MPs and especially the media to matters of concern.

The wording of this EDM isn’t too bad. However East Jerusalem, including the Old City, is regarded by the world community and international law as Palestinian, and Israel has no business occupying or annexing it.

It’s worth recalling that the UN Partition of 1947 intended Jerusalem to be a corpus separatum under international administration, for the obvious reason that the Holy City cannot be said to belong to any single religious persuasion. None has exclusive claim.

I question the quaint idea that Jerusalem’s final status should be “determined by negotiation”. We’ve seen these lop-sided negotiations before, brokered by meddlers who are totally devoid of impartiality or goodwill. And besides, the issue has already been determined by international law and is waiting to be enforced. Again and again politicians overlook the simple fact that there can be no peace while one side’s boot is on the other’s neck and without first delivering justice.

Furthermore, it is not Trump who has destroyed the US’s credibility as an honest broker. If such credibility ever existed it evaporated decades ago. Trump has simply hammered the final nail into any prospect of the US being taken seriously ever again in a peacemaking role.

You may think that the EDM is just a bunch of British MPs sounding off. No. The EDM fairly represents the view of the whole world — barring Israel and its stooges in London, Washington and Paris.

As protesters here in the streets are saying, Jerusalem is not Trump’s to give away in 2017 any more than Palestine was Balfour’s to promise the Zionists in 1917. So hands off Jerusalem! We see where Balfour’s running sore has led one hundred years later.

America should know that Britain isn’t with them on this Jerusalem lunacy. And neither is anyone else.