Watch the latest False Flag Weekly News above, and click HERE for links to the stories and HERE to support the show

Has Donald Trump inadvertently done the Palestinians a huge favor?

By voicing his belief that Jerusalem is the capital of Israel, and ordering the US embassy moved into occupied territory, Trump has:

*United the entire world, Muslim and non-Muslim, in shared loathing for the US and Israeli governments, which are no longer separate entities.

*Killed the phony “two-state solution,” which was never anything but an Israeli ruse to steal more and more territory.

*Mandated that the only solution will be the one-state solution: Either we will see a peaceful establishment of one Palestine for all its people regardless of religion or ethnicity; or the world’s two billion Muslims and their billions of non-Muslim supporters on this issue will expel the Satanic Zionists from the Holy Land by force, no matter how long it takes, by whatever means necessary.

Trump is so personally unpopular around the world that his surrender to the Zionists on Jerusalem is a huge PR bonanza for the anti-Zionist movement.

The world is uniting in shared loathing of Trump and Netanyahu and their blasphemous degradation of the Holy Land. Even before Trump, polls showed that Europeans, America’s closest allies, say that the US and Israel are the biggest threats to world peace.

Gallup: World says US is biggest threat to world peace

Now those numbers are going to shoot through the roof.

How long can a collapsing US empire keep propping up an ideologically and morally bankrupt Zionism? We may find out soon enough. 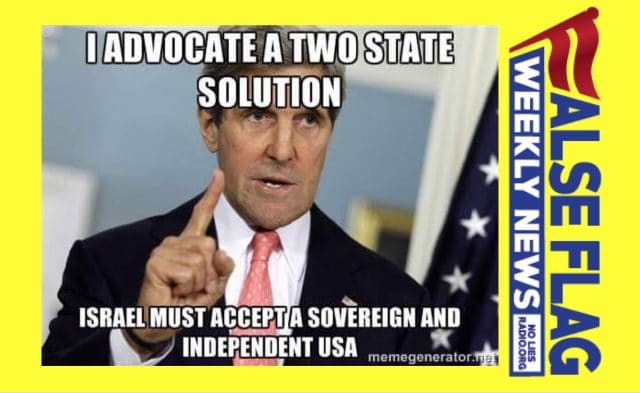