Russia and Iran have been maintaining military cooperation for many years, Alaeddin Boroujerdi said MOSCOW, December 6. /TASS/. Iran sees no political obstacles for new supplies of Russian weapons, Chairman of the Committee for Foreign Policy and National Security of Iran’s Islamic Consultative Assembly Alaeddin Boroujerdi told TASS. At the same time, he added that the military was to make decisions on that matter. 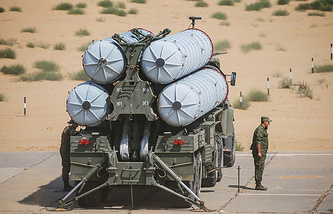 “We have been maintaining military cooperation for many years,” the senior Iranian lawmaker said, particularly pointing out that Tehran had purchased S-300 missile systems from Russia. “It [the supply of S-300 systems – TASS] was indeed a key point of our cooperation. The military should make decisions concerning future weapons supplies. From the political standpoint, there are no obstacles,” Boroujerdi said when asked if Tehran was mulling the possibility of purchasing more weapons from Russia.

While speaking about defense cooperation between the two countries, he highlighted successful interaction in Syria. “We had a joint operational headquarters in Damascus, so military officers from the two countries communicated with each other, exchanged views and information,” he said. “I believe that the Syrian events proved to be a culmination of our military cooperation,” Boroujerdi concluded. 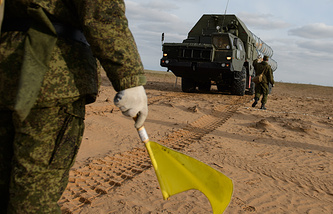 Russia and Iran singed a contract on the delivery of S-300 air defense missiles systems to the Islamic Republic in 2007 but its implementation was suspended in 2010. In April 2015, Russian President Vladimir Putin lifted a ban on the supply of S-300 systems to Iran and in November that year the contract came into force. In October 2016, a source in Russia’s Federal Service for Military-Technical Cooperation said that the delivery of S-300 systems to Iran had been completed.

SOURCETass
ATTENTION READERS
Due to the nature of independent content, VT cannot guarantee content validity.
We ask you to Read Our Content Policy so a clear comprehension of VT's independent non-censored media is understood and given its proper place in the world of news, opinion and media.