The New York Times, one of the Zionist outlets which actually perpetuated the Iraq war through the writings of people like Thomas Friedman, has finally declared that both Saudi Arabia and Israel have been pushing America into perpetual wars in the Middle East. This time the Saudis and the Israelis are eyeing on Iran:

“America’s chief allies in the region, Saudi Arabia and Israel, are pushing even more aggressively than usual to confront Iran. With the Obama administration gone, they have found a soul mate in the White House.

“President Trump has staffed his administration with hawks who believe that the road to solving the Middle East’s problems runs through Tehran. Nikki Haley, the American ambassador to the United Nations, has accused Iran of trying to ‘hold the world hostage to its bad behavior.’ Defense Secretary James Mattis once described the three biggest threats to American national security as ‘Iran, Iran, Iran.’

“A former State Department official who worked under Mr. Trump’s secretary of state, Rex Tillerson, told me that the Trump administration is ‘obsessed’ with Iran in the same way that the Reagan administration was obsessed with the Soviet Union. Inside the government, the former official added, ‘Iran, ISIS, Al Qaeda, are all mentioned in the same breath, as a menacing threat.’”[1]

These people are “obsessed” with destroying Iran because chaos and destruction in the Middle East are engrained in their Talmudic ideology. Netanyahu tells them what to think. They cannot flesh out a serious foreign policy of their own because they are being duped by a man who seeks to drink the blood of innocent lives in the Middle East and elsewhere. He is never satisfied with destroying one country.

Think about this for a moment. The New York Times went on to admit that the vast majority of Americans “believes the country would be better off staying in the nuclear deal with Iran.”[2] If that is the case, then how can the Trump administration still believe that we are living in a democracy? The majority of Americans believes that making a deal with Iran is better than asking for another war, but the Trump administration is still opting for another war? 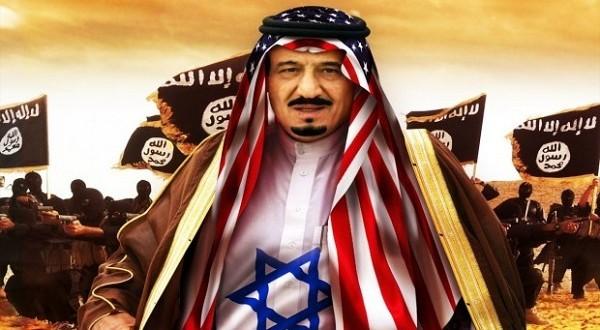 Here we are seeing the incoherence of the so-called democracy that the Israeli regime and the Neocons are trying to impose on virtually every decent American. The New York Times asked, “So how can the Trump administration build a case for a pre-emptive strike?”

That’s not supposed to be the central question. One ought to rephrase it by saying, “So how can the Israeli and Saudi regimes build a case for a pre-emptive strike?” At this present time, the Trump administration is just a title. They can’t lift a finger in the Middle East without Netanyahu’s approval.

Even the International Atomic Energy Agency, of all places, agrees that Iran is complying with international law with respect to its nuclear program. The only country that doesn’t agree with that program is Israel. That is why Netanyahu has been busy saying weird things, crazy, stupid things, and disgusting things. The Israeli regime is obviously looking for a way to create a false flag operation and blame it on Iran. As Mark Dankof predicted back in 2015:

“I have maintained from the beginning that Israel is planning and will in some point attempt a false flag incident probably within the continental United States that will be facilitated by Israeli intelligence and falsely blamed on Iran.

“This would be disastrous of course, but I think this is what Israel is aiming for; they’ll attempt to do it through a false flag incident that will be falsely pinned on Iran and they have plenty of allies in the American national security agencies.”

Netanyahu couldn’t persuade the Obama administration to bomb Iran, though he desperately tried. But Netanyahu seems to have a man after his own heart at Oval Office. Will Trump follow this mad man and militarily attack Iran?

This is the end of 2017, and the Trump administration has failed miserably and pathetically when it comes to US foreign policy. His “America First” policy was simply a vehicle to screw Americans for Israel during the election.