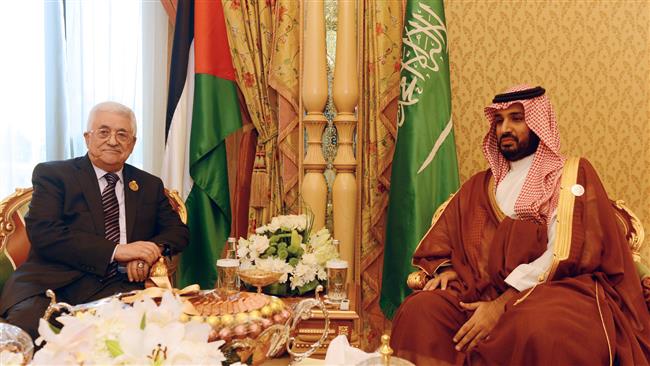 [ Editor’s Note: The Palestinians have been lulled asleep by being on the Saudi tit for too long, which includes having the PA leadership outsource its responsibilities to the Saudis in return for their financial support.

Abbas has been a pitiful leader, building zero depth behind him so as to have no challengers, defending his position by making sure no one behind him has any leadership preparation or profile whatsoever.

The bells and whistles should have been going off from day one when Abbas was being pacified with the “it’s going to be a great deal” con. Ah…if it were such a great deal, there would have been no reason to keep him out of it.

The Trump move on Jerusalem even made chumps out of the Saudis – a move which obviously has poisoned the well on any feasible deal. Does anyone think after pulling this Jerusalem-capitol stunt, something which was key to avoid for enabling a negotiated settlement, that this would be followed by a “good deal” for the PA? 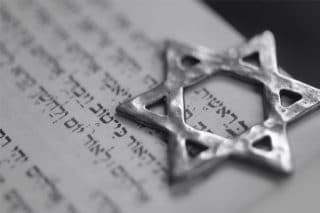 It looks to me that the con was for Israel and Trump to trigger a new Intifada, so as to reuse the tried-and-true con of “we have no partners for peace”.

Even the non-Likud Jews could see right through this in two seconds, as evidenced by the Jewish Scholars letter to Trump opposing the poison pill move.

The only thing positive to come out of this is for the PA to see the need to give Abbas the boot; but with the PA packed with boot-lickers who would probably all get booted with Abbas, that is unlikely to happen. That is why Bibi is putting two bullets in the head of the PA now.

What we are seeing is an Israeli intelligence coup being rolled out. As Gordon Duff does so love to say – welcome to how the world really works… Jim W. Dean ]

Palestinian officials have expressed worry that Saudi Arabia is forgoing important Palestinian rights as it acts behind the scenes to advance a United States “grand bargain” over the Israeli-Palestinian conflict that heavily favors Israel.

Four Palestinian officials told Reuters on condition of anonymity on Friday that Saudi Crown Prince Mohammad bin Salman had communicated a proposal to Palestinian President Mahmoud Abbas that would give away the right of return for Palestinian refugees and the status of Jerusalem al-Quds as the capital of a future Palestinian state in return for conditions unfavorable to Palestinians, Reuters reported on Friday.

That proposal has reportedly been shaped by Jared Kushner, US President Donald Trump’s son-in-law and “senior adviser,” who has developed a close relationship with Mohammed bin Salman.

The Palestinian officials expressed concern that the proposal is too much in line with Israeli interests and to the disadvantage of Palestinians, whose land Israel has occupied.

Trump on Wednesday declared that the US was recognizing Jerusalem al-Quds as the “capital” of Israel and had instructed his administration to begin the process of moving the American embassy from Tel Aviv to the ancient city.

Trump’s controversial move sparked a wave of condemnations from the international community and warnings of further inflammation of the tensions in the occupied territories. It also led to violent clashes between Palestinian protesters and Israeli forces in the Gaza Strip and the West Bank.

But that declaration was welcomed by Israel, which claims sovereignty over the whole Jerusalem al-Quds. This is while the international community views East Jerusalem as occupied land and the Palestinians want it as the capital of a future Palestinian state.

The Palestinian officials told Reuters they feared that by the Quds announcement, Trump would align with Israel in offering the Palestinians limited self-government inside disconnected West Bank patches, with no right of return for the displaced population.

According to one of the Palestinian officials, the US proposal that bin Salman communicated to Abbas included establishing “a Palestinian entity” in Gaza as well as the West Bank administrative areas A and B and 10 percent of area C.

Under the plan, however, Israeli settlements would stay in the occupied West Bank, the Palestinian refugees would not be able to return to their homeland, and the Tel Aviv regime would maintain control over borders, the source added.

Another Palestinian official said bin Salman had asked Abbas to back the US initiative when the two met in the Saudi capital, Riyadh, last month.

“President Trump in a phone call told Abu Mazen (Abbas): ‘I will have some proposals for you that you would like.’ When Abu Mazen pressed him on details, Trump didn’t give any,” the source said.

A third Palestinian official said the Saudi crown prince had told Abbas, “Be patient, you will hear good news. This peace process will go ahead.”

Meanwhile, an unnamed Saudi source predicted that an understanding on the so-called Israeli-Palestinian peace would emerge in the coming weeks.

Jordanian political analyst Oraib Rantawi warned of “direct dealings and a desire to present a deal that is unfair to the Palestinians in return for securing US backing and paving the way for [Persian] Gulf-Israeli cooperation to confront Iran.”

Kushner in the spotlight

Kushner has recently been increasingly engaging Saudi Arabia. Trump has put his son-in-law in charge of the Middle East portfolio, an appointment that has drawn criticism — including from some Israeli-Americans, who question Kushner’s capabilities or knowledge of diplomacy or politics.

“How do you operate with people who basically, with all due respect, a bunch of Orthodox Jews who have no idea about anything?” Saban told Kushner. “What are you guys doing? Seriously, I don’t understand this.”

What are Saudi Arabia’s motives?

Shadi Hamid, senior fellow at the Washington-based Brookings Institution, questioned Saudi motives in an article in The Atlantic magazine.

“If Saudi officials, including the crown prince himself, were particularly concerned with Jerusalem’s status, they would presumably have used their privileged status as a top Trump ally and lobbied the administration to hold off on such a needlessly toxic move,” he wrote.

Saudi Arabia’s maneuvering over Palestine comes amid increasing reports that the Riyadh regime is preparing a normalization of ties with Israel. In November, Lebanon’s al-Akhbar daily published a secret undated letter from Saudi Foreign Minister Adel al-Jubeir to bin Salman that laid out a number of conditions in exchange for normalizing ties with Israel.

One of the conditions was that the Saudis would contribute to the resolution of the decades-long Israeli-Palestinian conflict by proposing the resettling of Palestinian refugees in their host countries rather than their return to their homeland.

Saudi Arabia has also cultivated seemingly better relations with the administration of Trump, a former businessman, by purchasing billions of dollars’ worth of American arms.