Medicare will more closely scrutinize opioid prescribing and dispensing beginning in 2019, following through on a proposal outlined in a major 2016 law aimed at addressing the opioid crisis.

The Comprehensive Addiction and Recovery Act of 2016 (CARA) directed the federal health program to identify Medicare beneficiaries at risk for substance misuse and require those found to be inappropriately using opioids to receive prescriptions from a single clinician and a single pharmacy.

This type of “lock-in” program has been used by state Medicaid programs since the 1970s. Its inclusion in CARA was supported by consumer advocates, pharmacy organizations, and physician groups, such as the American Medical Association (AMA), but with caveats.

The Centers for Medicare & Medicaid Services (CMS) has now proposed the rules to implement the lock-in. At press time, the AMA and pharmacy groups said they were still studying the regulations and referred Medscape Medical News to comments made after the passage of CARA. CMS is accepting comments on the new regulations through January 16, 2018.

The agency believes that the program could not only help prevent opioid dependency in beneficiaries but would save Medicare some $13 million in 2019, owing to fewer prescriptions. The cost will be $2.8 million per year, which will primarily be borne by Part D drug plans.

As a result, from 2011 (before the new policy) to 2016, high-risk opioid use declined by 61% (representing more than 17,800 beneficiaries), even as Part D enrollment increased 38% ― from 31.5 million to 43.6 million beneficiaries during the same period, said CMS in the proposed rules.

The CARA lock-in program, which would require additional steps by Part D plans, would be voluntary.

Cynthia Reilly, project director of the substance use prevention and treatment initiative at the Pew Charitable Trusts, told Medscape Medical News that she believes Part D drug plans will be interested in participating in the new Medicare lock-in program, because many of them now take part in opioid-targeted utilization review.

“This legislation will help save lives,” said Mark Merritt, president and CEO of the Pharmaceutical Care Management Association in a statement after the passage of CARA.

“The key to curbing ‘drugstore shopping’ for controlled substances is to stop improper prescriptions from being filled at the pharmacy counter in the first place,” said Merritt, whose organization represents pharmacy benefit management plans that administer drug benefits for Medicare Part D plans, employers, and others.

The AMA expressed some concern that a note from the plan might create confusion and harm the patient-physician relationship.

“Notices sent by a Part D sponsor to patients or patients’ caregivers who have not discussed the drug risks with their physicians will interfere with patient-physician relationships, harm trust, and potentially lead patients to abruptly discontinue therapy,” said AMA Executive Vice President James Madara, MD, in a letter to CMS in November 2016.

“Patients with substance use disorders need to be referred for treatment. There needs to be hands-on coordination of patient care, which a letter from a Part D plan simply cannot accomplish,” he said.

After reviewing the case with the prescriber, the Part D plan can move to limit that beneficiary’s access to opioids by locking them in to a single prescriber and a single pharmacy, but not without the agreement of the prescriber. The plan also has to notify the beneficiary that he or she is being put into the program.

Beneficiaries can appeal their at-risk designation and their placement into a lock-in program.
Reilly said the regulation does a good job of establishing strong beneficiary protections. It provides exceptions to the one-pharmacy rule ― for instance, in situations in which geography or weather is a factor.

But, she said, some beneficiaries who could be steered clear of opioid dependency still might fall through the cracks. Some individuals with substance use disorders not only visit multiple pharmacies but also visit emergency departments, which will not be tracked by the Part D plans.

Another red flag for a patient’s being at risk is that patient’s receiving multiple prescriptions for controlled substances that are in the same therapeutic class. Those prescriptions will not be flagged under the new program.

“By looking at either more criteria or more clinically complex criteria, we can do a better job of identifying those patients who are at greatest risk,” said Reilly.

The regulations also do not direct the plans to refer patients who may have substance use disorders to treatment. That’s “something we should strive for,” she said. 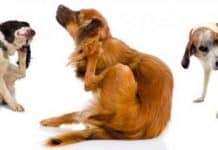 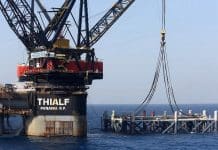