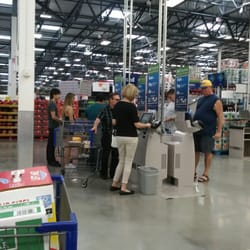 Editor’s note:  Within an hour of posting this, we were hit with a hack. In doing so, I learned that I drew blood.  Thanks, it might have taken me an entire day to have my suspicions confirmed.

Today we are talking about Sams Club and Direct TV and a scam that will set you rolling in the floor or piss you off, depending on how much you’ve had to drink or smoke today.  We begin with my usual politics.

Sometimes when I talk about stock or pension fund scams, it goes right over some people’s heads.  In general, the “dems” are for busting scammers who pay off GOP candidates to look the other way.  I could talk on this for hours.

Today, however, I got hit with one myself.  It isn’t the only one, I get it all the time, sometimes I lose but quite often I do real damage to the thieves that prey on us all.

Anyway, my local cable company, Buckeye, is run by a family that runs this town, Toledo, Ohio, and has done so for generations.  They run the only newspaper and own so much, you wouldn’t believe it.  These aren’t evil folks, just greedy.

After using their internet service for years and having my bill triple to over $200 a month for a limited 50 meg internet line, I got suckered into doing Direct TV at Sams Club.  50 meg, unlimited and free TV to boot.

Within 6 weeks, 3 of their modems went down giving me outages for days and days.  That seemed less than random.  Then I got the full smell.

My TV went out tied to a “server problem 775.”  My background is engineering, I worked for Western Electric/Bell Labs, I work in Satellite crap and at one time I was chief lobbyist for, now wait for it, AT&T and their satellite partnership with GM/Hughes Aerospace.

I am a “wire picker” from way back and a “go to” guy for satellite tech, even for the US.

I admit At&T had one good suggestion.  They asked me to go up on my roof, in this case 40 feet off the ground, wind chill way below freezing, in the black of night “and dust off my satellite dish” in case there is snow on it.

You just can’t make stuff like that up.  As my Spiderman suit is at the cleaners, I declined.

Here is my guess, based on what I saw and heard.  I believe Direct TV simply turned me off and generated a phony outage.  I tried calling the local tech numbers they gave me, they weren’t returned.

Then I called the main number and went into a “black hole” customer service nightmare with a bizarre young lady from the Philippines.  This wasn’t customer service, this was a pure hustle, no bar stool, no renting a hotel room, none of that “no kissing” rule that the Philippines are famous for when hustling.

This was simply an hour of silly and meaningless repeated totally pretend “diagnostics.”  Following this came the hustle.  She was going to offer me a “discount” on a service contract to pay extra for services not delivered because of:

My guess is they simply pulled the plug.  The whole thing had an obvious smell about it,  I had seen corporations do this before, create outages in order to sell customer service contracts.

One famous appliance manufacturer in SouthWest Michigan purposefully engineered parts to break at intervals on dishwashers, washing machines, etc. for just that purpose.  I sat through the meetings on this as I designed the units their customer service reps used for satcom uplink for service contracts.

This, of course, was when I was doing honest work and not stealing candy from babies or abusing Middle Eastern tin pot apartheid dictatorships with illegal nukes.

And so it goes: