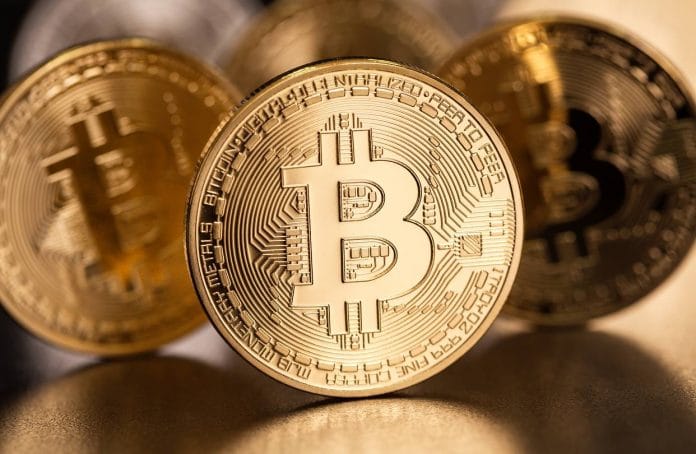 Bulgaria Government Shocked To Discover It Owns $3 Billion In Bitcoin

by Tyler Dyrden,  … for ZeroHedge

[ Editor’s Note: This story is one hell of a BitCoin criminal fraud seizure, and in Bulgaria of all places. It might kick off a land rush for more law enforcement agencies to go after criminal orgs hiding their stashes in BitCoins.

That would pose a threat to crashing BitCoin if, for example, Bulgaria wants to cash in on the $3.5 billion seizure stash that it is now holding, before it tanks. If it waits too long, it might lose a billion dollars or two, when Bulgaria could use the current rate to stabilize its economy with this gift from Santa Claus.

I have always felt that BitCoin was an obvious financial hustle to create a medium of exchange for sucking up criminal money as a guaranteed well to run the price up, and where the creators would cash out at the peak, leaving 90% holding an empty bag.

As to who could really set something like this up and get away with it, the list is short, with the usual suspects at the top. It will be interesting to see what the Bulgarian government is going to do with its BitCoin stash, now that the story is out.

If it does not cash out of its gains while it can and rides down on the eventual BitCoin crash, which is guaranteed as with all Ponzi schemes, the government could fall for letting this windfall slip through its hands. That said, we must wonder how many of those BitCoins might have already disappeared that never made the seizure accounting… Jim W. Dean ]

Bulgaria’s GDP is about $52.4 billion (2016), so it is quite a shock that the Bulgarian Government is sitting on an approximate $3 billion worth of Bitcoins seized in an anti-corruption operation back in May. Putting this into a little more glaring context, Bulgaria is holding 18% of the national debt in bitcoins…

SELC described the organized-crime scheme as the hacking of Bulgarian Custom’s computers and allowing those associated with the group to skip fees for importing goods into the country. To make it work, the group recruited corrupt Customs officers to upload a virus into government machines, so that hackers could establish remote access.

The organized criminal group consisted in Bulgarian nationals having connections in The former Yugoslav Republic of Macedonia, Hellenic Republic, Romania and Republic of Serbia.

The modus operandi used was recruiting corrupted Customs officers in all involved countries with the purpose to infiltrate a virus in the Customs’ computerized systems. Once the virus installed, from a distance, the offenders were able to finalize various transports, as in the Customs’ system appeared that the cargo was already checked and passed.

Further, SELC provided details of how the operation was conducted, involving a large-scale search of “more than 100 addresses, suspects, and vehicles.” Out of the 23 suspects arrested, 5 of them were Bulgarian Customs officers. Police seized “equipment, devices for communication, computers, tablets, and bank documents.”

As result of this criminal activity the damages recorded by the Customs Agency, only for year 2015, is around 10 million Leva.

Here is where things get interesting… Police also seized 213,519 bitcoins, at the time, worth $500 million. As of writing this article, the amount seized, is now worth approximately 3,676,583,661, according to CoinDesk.

As well, up to now were found in the virtual space bitcoin wallets of the main suspects with a total value of 213,519 bitcoins. As a reference, the value of one bitcoin is rating to 2354 USD. The offenders choose the bitcoin way of investing/saving the money, because it is rather difficult to be tracked and followed.

What remains a mystery to most, is what the Bulgarian government will do with the seized bitcoins? As mentioned in the beginning, the national debt could certainly be reduced. Have we just discovered a large seller that is ready to pour cold water on the party?