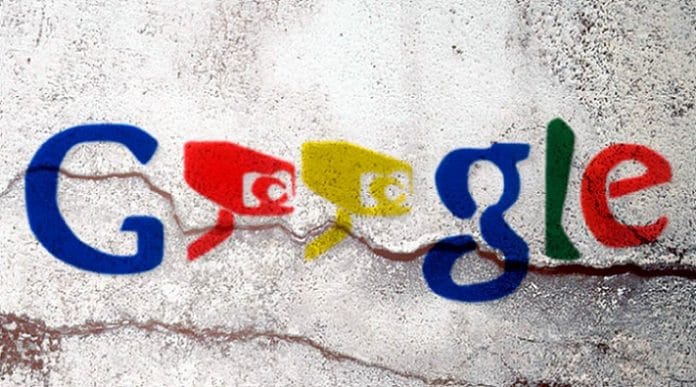 The lunatic technocracy to introduce truth algorithms for us

[ Editor’s Note: Phil Butler is an angry man, particularly with Google, like many of us are for what we see going on behind the scenes with the American company that most of us were once proud of.

But Phil also brings a little more to the table besides anger. He has been involved in the search engine industry for some time, and had a front row seat on all the changes as the editor of one of the industry’s trade publications.

This article seems to be the beginning a dissection series to lay bare for the rest of us who only saw bits and pieces of Google morphing from a helping hand to a controlling one.

For those of you who remember the brilliant Rod Serling Twilight Zone TV series, you might remember the show where an alien space ship landed in a small town airport and presented a calling card book that had to be deciphered by the local geek of that day.

The small town, cut off from the outside with all power shut down, was working through a series of “what to do” conflicts among the local citizens, a common Serling dramatic theme.

At the end of the show some citizen volunteer families are walking up the ramp of the space ship after the title of the introduction book had been translated as “How to Serve Man”.

While the town is waving goodbye to the lucky ones chosen to be the first ambassadors to the aliens, the town interpreter geek comes running down the street yelling, “Stop, stop! The rest of the brochure is a cookbook”!

That way back when image immediately popped up when reading Phil’s article below due to the obvious and ironic parallel, and what I call “writer flashback”, the good kind. VT is building its own folder on the evolution of Google going over to the dark side, and Phil’s articles will be part of that effort.

Rod Serling, by the way, was a WWII combat vet, whose regiment had the misfortune of being involved in the Battle for Manila where it took 50%+ casualties, including 400 killed.

We see Google being in the cookbook business itself, selling us all as drive through fast food, not only to advertisers, but to the Deep State forces with their insatiable desire to control us all, and eliminating those who aren’t. I added Roger Waters’ The lunatics are on the grass acoustic as it seemed so fitting... Jim W. Dean ]

The lunatics are set loose. Nobody is watching the asylum. And soon the sanitarium gates will burst open into the world population. Yes, I am talking about America the lunatic pen. Google, the disorderly orderly of the digital wing of the nut house, now has free reign. Read to the end, and the disjointed chaos caused when natural selection goes wrong.

When I read the news Google’s Eric Schmidt had announced the Mountain View company would “create” an algorithm to de-rank Russia’s RT and Sputnik, I instantly thought, “Here we go into the last phase of Orwell’s 1984.”

First, there is no algorithm to create to take RT and Sputnik out of the public view. Google execs just make everything sound technical to appease weak minds. And they love to be able to blame things on “the machine” if things go wrong. For the novice in how Google really works it is probably best to just consider worst cases of corporate monopolization.

If you ever saw the film “The Devil’s Advocate”, then understanding how people get roped into the Mountain View, California manipulation machine will be easier. But that’s a story for the former Editor in Chief of Search Engine Journal (me) to tell. For now, let’s return to the Google search machine and Eric Schmidt.

Sure, Google uses math to propagate intelligent search. And the last couple of years have seen millions of media outlets, bloggers, and companies virtually destroyed by algorithm updates; Caffeine, Panda and Penguin.

But Google’s most devastating weapon against publishers is the ability and inclination to manually reduce the ranking of any site. Interestingly, this “manual” aspect of Google was hidden by the company when the Penguin anti-SPAM algorithm came under heavy scrutiny.

You can read here where Google finally came and created procedures for the millions they destroyed, but it took some doing to get Schmidt’s company to come clean about taking out people’s sites.

My company lost a half a million-dollar bid to buy our Everything PR News when the site was de-ranked over a corporate complaint because of our investigative reporting. Caught in the fervor of the “Panda” moment, fate shined the light onto former Google evangelists. We learned that manipulative ranking was the company’s goal all along.

And now two big platforms for independent voices have fallen prey to Big Brother. Make no mistake, those of us who have been presented on RT and Sputnik found a listening post that will now be silenced.

What none of the readers of this report will know, is that the Google and its dark SEO community underneath, collaborated to rule and monetize everything you see, read, and hear on the internet years ago.

Since Schmidt’s comments before the Halifax International Security Forum Google has backtracked slightly in reaction to Russian communications agency Roskomnadzor suggesting there may be recriminations against Google should RT and Sputnik be unranked nefariously.

However, no matter which way Google’s politics, PR, and lobbying go, the company’s march onward toward an Orwellian finale continues. In this CNBC article the former software engineer transformed into billionaire (magically) tries to convince readers Google is Israel’s King Solomon, an entity which needs to decide for users either A or B ideology is better.

If you read between the lines you can detect the arrogance and insane intentions of these people. THEY WANT TO DECIDE FOR US. Get it? Read from the story in reference to Schmidt’s “algorithmic” adjudication of the truth:

Google and the other technocrat controlled worlds are becoming more and more like Israel’s “Iron Dome” missile defense system. If you think America has been dumbed down educationally, inundated with ultra-consumerist ideals, and brainwashed with ongoing morality advertising, then the pinpoint of light being beamed in by RT and other independent media being shut off will be a significant milestone.

I cannot get over MSNBC’s headline on Schmidt: “Alphabet’s Eric Schmidt: It can be ‘very difficult’ for Google’s search algorithm to understand truth.” It’s as if they are introducing “the machine” that is to rule us.

Somehow, in some fantastical metamorphosis and cosmic realignment of neutrons, software engineers (Schmidt), former Wall Street wannabees (Bezos), and programmers turned entrepreneur (Gates) riding the genius of people like Tim Paterson end up advising the world on everything including truth.

It is in the traits and personalities of these “technocrats” that we find the seed that has become our collective insanity in almost everything. A good example of what I mean is what I call the “geek” mentality, which is better described as a “gamer” point of view. The people who now advise presidents, parliaments, the military, and academia have a real “hacker” mentality.

Anyone who has dabbled in coding and the geek culture knows what I am talking about. The Bill Gates or Steve Jobs (rest his narcissist soul) type personality is smartass – winner takes all – and anything goes to the core. In this hacker world underneath Google and the other tech entities, there is no such thing as cheating.

A lie to these people is something funny, if it gets past its target that is. Hard core geeks, when all is said and done, are the nastiest bunch of sociopaths you can imagine. Look at how Gates stabbed Apple’s Jobs in the back. And at how Jobs and Gates pirated former colleagues.

Stealing to this generation of pencil neck brats is just part of a big digital board game. You know I am telling the truth, every time one of them laughs in your face. Sneaky, nasty, and bursting with their physical frailty. Connivers.

Eric Schmidt is a poster boy for screwed up natural selection processes that took a detour when Rome fell. Many of my colleagues are asking; “Just who in hell made these people experts on truth or geopolitics?”

We have to face the fact that influence of any kind bears more weight than truth. Look at Lady Gaga, Madonna, Meryl Streep and Eric Schmidt cited as authorities on how we should X, Y, or Z? We are in this mess of censorship for one reason – we allowed them to go too far. They’re empowered by our inaction just like the schoolyard bullies who beat them up back when. This is what geek culture taught.

It taught the Eric Schmidt’s of the world to get back at us all incrementally, one inch at a time, like those bad boys back in grade school. The sum of their vast intellectual gift is to become what they hated. Winners by the definition of a nasty trollism world in which they live. The moves against Russia and RT are not just an instance of Russophobic overreaction – these people want to know the limits of your apathy.

Some readers will scoff at my vociferous opposition to these billionaire geeks, but I know of that which I speak. When an old friend, founder of Search Engine Journal, made me editor in chief of his media site back in 2012 I had every intention of leveling the SEO playing field and search.

Baker knew my intentions at transparency and a return to search engine parity from the onset, only he had no idea how far Google’s under culture was prepared to go to destroy anybody speaking of such. That story is a subject for a future report, but suffice it to say I have the goods on how Google came to dominance. The instant I introduced alternative voices to Google culture at SEJ, the dogs of hell were unleashed to destroy me and my business.

Like I said, you have no idea how nasty these people are. You have no inkling how far they will take this game once the information bubble is fully domed over you. The end reality is something out of a Hollywood apocalyptic vision. This has nothing whatsoever to do with whether RT and Sputnik are 50% or 100% truth. This Google move is about selling you a 100% lie.

In a coming report, I’ll give you more evidence their rankings have zero to do with truth.