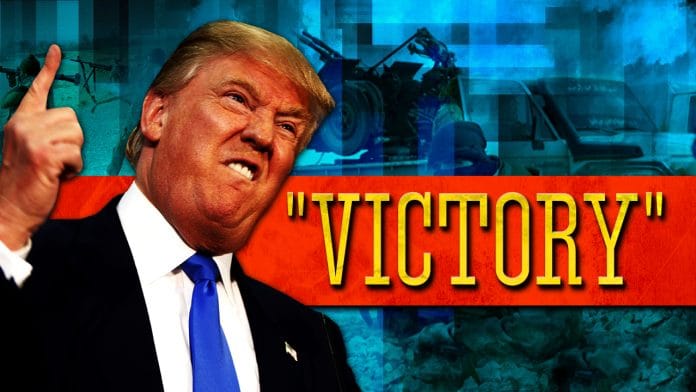 On December 12, ISIS conducted a surprise attack on the Syrian Arab Army (SAA) on the western bank of the Euphrates in the province of Deir Ezzor. According to reports, members of ISIS entered the villages of al-Jalaa, Saiyal, Salihiyah, Mujawdah, Abbas and al-Harsa.

Clashes in the area continued on December 13. According to pro-government sources, ISIS was not able to develop the initial success and will be forced to withdraw from the area soon.

This was the second major ISIS attack on the SAA since the start of the week. On December 11, ISIS attacked SAA positions near al-Bukamal.

On December 12, the Kurdish-dominated Syrian Democratic Forces (SDF) advanced along the eastern bank of the Euphrates and captured Haraij and al-Bahran. Thus, the US-backed force used the ISIS attacks on the SAA to further their own progress.

The SAA and the National Defense Forces (NDF), led by the 4th Armoured Division, liberated the town of Zahraa and the nearby height from Hayat Tahrir al-Sham (formerly Jabhat al-Nusra, the Syrian branch of al-Qaeda) and deployed within a striking distance of the important village of Abu Dali.

Despite the recently declared partial withdrawal of Russian forces, pro-militant sources continue blaming Russian warplanes of airstrikes on its targets.

On December 12, a White House National Security Council spokesperson said that the US administration thinks “the Russian declarations of ISIS’ defeat are premature”.

“We have repeatedly seen in recent history that a premature declaration of victory was followed by a failure to consolidate military gains, stabilize the situation, and create the conditions that prevent terrorists from reemerging,” Reuters quoted the statement.

However, on the same day, US President Donald Trump said that the US has won against ISIS in Syria and Iraq.

“We’ve won in Syria, we’ve won in Iraq, but they spread to other areas and we’re getting them as fast as they spread,” Trump said Tuesday at the White House during a ceremony to sign defense policy legislation.

It would seem advisable for the US president to improve his coordination with his spokespersons regarding these statements.