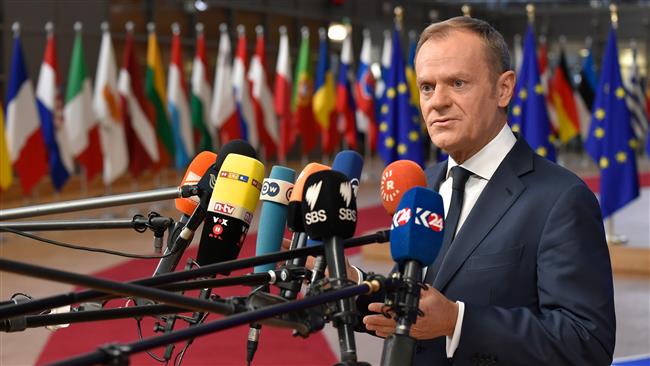 [ Editor’s Note: Trump has shot himself in the foot with his Jerusalem embassy-move blunder. And I have to ask why some at the State Department did not have the courage to walk out and show some backbone toward this nonsense. They must have known what a disaster it would be.

Even the Saudis – right in the middle of trying to paint Iran as the bogeyman threat of the world – had to stand solid in opposition with all the other Muslim countries, instantly uniting them all in the most passionate cause, even the amoral Royals.

And what does Putin do? He makes three stops in one day for contrast of leadership, Turkey, Syria…at the Russian base there to see the troops and Assad, and then off to Egypt to work on finalizing the long term deal on using each other’s air bases, the Russian ones then being on both flanks of Israel. And mind you, Egypt is a friend of Israel.

The EU, as it did with the JCPOA, has quickly stepped forward, stating in blunt terms that it will never acknowledge the legitimacy of Trump’s Jerusalem move, which is an insult really to the rest of the UN countries, to think that Mr. Bankruptcy has anointed himself the Grand Poobah for the settlement of the Jerusalem issue.

The EU’s Mogherini, of course, knows there can never be a resolution for the conflict if the Palestinians get stiffed on having control over East Jerusalem. The Israelis say no, as that assures there will never be a resolution and that the US military and financial aid will continue to flow forever. Gosh, who might want that?

This is one of the bottom lines here, that the goal is not to have a resolution, but to continue the controversy, as that serves the Deep State interest that thrives on instability and conflict.

Americans have to take a look in the mirror and ask themselves – how could such a defeatist policy be allowed to continue for decades without effectively having some kind of political authority controlling the US on the issue?

Has Israeli intelligence had that much blackmail information on the US political establishment… Is it sitting on top of all the political pedophilia videos that somehow never pop up in the sexual abuse scandals that have simmered beneath the surface, only erupting sporadically with limited victims, when we all know it is an epidemic?

May Santa drop the pedophilia bomb before Xmas. Some time ago VT was offered a video of a well-known political figure engaged in a horrendous act on a minor. The price tag was north of $1 million dollars and our kitty was a bit short – but we know that others with deeper pockets made the drop.

Maybe we will get to see who has been naughty and who has been nice, finally revealed before the whole world. Trump is off to a good start as Time Magazine’s Sociopath of the Year award. Opps, excuse me…that is one that VT has been thinking about… Jim W. Dean]

European Union leaders have rejected a contentious US decision to recognize Jerusalem al-Quds as Israel’s “capital,” saying the 28-member bloc’s stance on the city remains “unchanged.”

“EU leaders reiterate firm commitment to the two-state solution and, in this context, the EU position on Jerusalem [al-Quds] remains unchanged,” President of the European Council Donald Tusk said in a message posted on his official Twitter account on Thursday.

The tweet came after EU leaders discussed Trump’s decision at a summit underway in the Belgian capital of Brussels.

On December 6, Trump sparked international outrage as he declared that Washington was recognizing Jerusalem al-Quds as the “capital” of Israel and that he had instructed his administration to begin the process of moving the American embassy from Tel Aviv to the ancient city.

The dramatic shift in Washington’s Jerusalem policy has drawn fierce criticism from the international community, including Washington’s own allies, while triggering demonstrations against the US and Israel worldwide.

Thursday’s statement by the bloc’s heads of state and government adds fresh weight to the criticism of Trump’s move.

According to media reports, French President Emanuel Macron had lobbied for a sharper statement against Trump’s declaration.

Israel failed to torpedo the statement, but managed to get the French text watered down with the help of the Czech Republic and Hungary.

On December 7, EU foreign policy chief Federica Mogherini voiced alarm at the US decision and said it could take the region “backwards to even darker times.”

Mogherini also reaffirmed the position of the European Union on Tuesday, saying East Jerusalem, which hosts the al-Aqa Mosque compound, shall become the capital of a Palestinian state and the western part of the city shall go to Israel as part of a so-called two state solution.

“We have made it clear that we will continue to respect the international consensus on Jerusalem [al-Quds], as Europeans, including the relocation of our embassies until the final status of Jerusalem [al-Quds] is resolved through direct negotiations between the parties,” she added.

Jerusalem al-Quds remains at the core of the Israeli–Palestinian conflict, with Palestinians hoping that the eastern part of the city would eventually serve as the capital of a future independent Palestinian state.

The entire city went under Israel’s control after the regime annexed East Jerusalem al-Quds in 1967 during the Arab War.