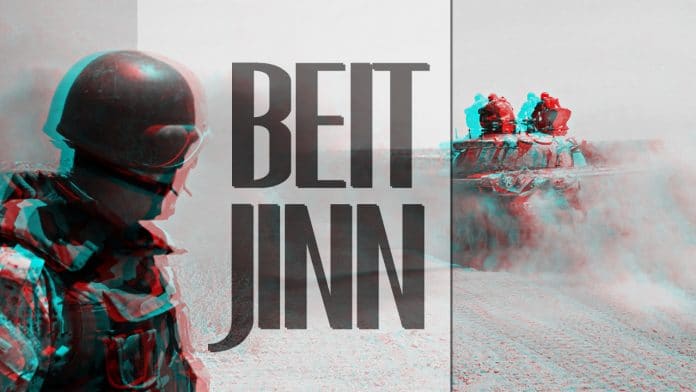 The Syrian Arab Army (SAA) and its allies have deployed a notable force for an operation against Hayat Tahrir al-Sham (formerly Jabhat al-Nusra, the Syrian branch of al-Qaeda) in the province of Idlib.

According to pro-government sources, the operation will involve the SAA, the Tiger Forces, the National Defense Forces (NDF), the 4th Armoured Division, the 8th Armored Division and the 11th Armored Division. In the first stage, the military will allegedly launch two simultaneously advances in northeastern Hama and southern Aleppo in order to retake from militants the area west of Khanasser.

In the Beit Jinn pocket in southern Syria, the SAA and the NDF recaptured Tal Al-Bayda from Hayat Tahrir al-Sham.

It looks that the Beit Jinn pocket and the area west of the Khanasser highway will be the two key areas of the SAA operations in the near future.

S-400 and Pantsir-S anti-aircraft weapon systems will remain in Syria despite the recently announced withdrawal of Russian forces, Viktor Bondarev, former Commander of the Russian Aerospace Forces and Chairman of the Defense, and Security Committee of Russia’s Federation Council revealed on December 13.

Russia is not going to reduce its anti-aircraft capabilities in the country. Some number of helicopters, warplanes and military personnel will also remain involved in the ongoing anti-terrorist efforts.

The Popular Mobilization Units (PMU) are preparing to launch a military operation against a new terrorist group called the “White Flags” in northern Iraq. According to the PMU, the terrorist group operates in the mountainous area around the Shiite-Turkmen city of Tuz Khurmatu. The White Flags had conducted several hit and run attacks against the PMU’s Turkmen units there the last few months.

Some Iraqi sources claimed that the White Flags is a new name of al-Qaeda-affiliated Ansar Al-Islam, a radical Kurdish Islamist group formed in 2001. Other sources said that the group nothing more than a Kurdish armed group previously known as “the Kurdish Popular Resistance”.

Some experts speculated the White Flags are just a proxy tool of the Kurdistan Regional Government, which is aiming to destabilize the areas retaken by the Iraqi Army from KRG’s armed forces in November. However, these claims still have to be confirmed.