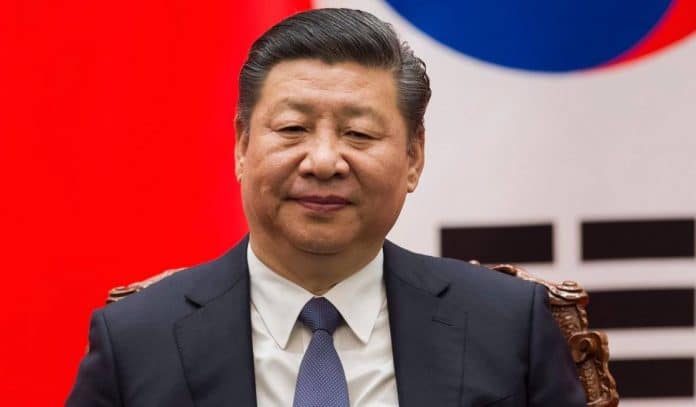 China Foreign Ministry spokesperson notes that he understands the Islamic countries’ concern about the status of Jerusalem. It has called for the establishment of an independent Palestinian state based on 1967 borders with East Jerusalem as its capital, Xinhua state media reported Thursday.

“China understands the Islamic countries’ concern about the status of Jerusalem,” a spokesperson for the Chinese Foreign Ministry said, adding that China “calls for a resolution to the issue in accordance with the relevant UN resolutions and international consensus.”

China also called for resuming talks between Israelis and Palestinians in the near future in order to provide a chance to solve the Israeli-Palestinian conflict.

The remarks come a week after a Chinese high-tech delegation canceled its trip to Israel following U.S. President Donald Trump’s recognition of Jerusalem as Israel’s capital.

The Chinese Embassy has issued a formal travel warning, valid until January 10, 2018. China is concerned about the security situation following Trump’s announcement, and expects the conflict to impact its investment programs in Israel.

China’s increased interest in Israel is primarily based on its desire to shift its economic structure and transition from pollutant-heavy industry to a modern tech-driven economy. Severe air and food pollution in China, and the strength of social networking sites in the country, have sparked interest in mobile, internet, water, agricultural and advanced manufacturing technologies. Israel, which is popularly recognized as an innovative and technologically advanced country (including in water and agricultural technology), answers these needs.

In August, China revealed a four-point proposal aimed at ending the Mideast conflict, calling both Israel and the Palestinians “important partners” in its “One Belt, One Road” initiative, a mammoth Chinese-funded push to develop transport routes including ports, railways and roads to expand trade in a vast arc of countries across Asia, Africa and Europe.

In April, China reaffirmed its support for the Palestinians’ aspiration for statehood, calling the fact that they still do not have a state a “terrible injustice” that cannot continue. In January 2016, Chinese President Xi Jinping called for establishing a Palestinian state within the pre-1967 borders amid efforts by China to assert its clout in the Middle East.

“China supports the peaceful process in the Middle East [and] the establishment of a Palestinian state with its capital being eastern Jerusalem,” Xi told the Arab League in Cairo.

China has voiced its support for the establishment of an independent Palestinian state, based on pre-1967 borders with East Jerusalem as its capital.

A spokesperson for the foreign ministry made the statement during a regular press briefing, Thursday, while addressing questions on a declaration by Muslim nations asserting East Jerusalem as the capital of Palestine.

The Organisation of Islamic Cooperation (OIC) made the announcement at a summit in Istanbul, Wednesday, and condemned the US decision to recognize Jerusalem as the capital of Israel.

Islamic countries called for East #Jerusalem to be recognized as capital of #Palestinehttps://t.co/cpGSRp15VW

“China understands the Islamic countries’ concern about the status of Jerusalem,” spokesperson Lu Kang said, according to Xinhua state media, adding that it is calling for a “resolution to the issue in accordance with the relevant UN resolutions and international consensus.”

The United Nations considers East Jerusalem to be occupied Palestinian territory, but hopes that one day Jerusalem can become the capital of two states, Israel and Palestine. Last week the UN confirmed that its position remains unchanged in light of  Donald Trump’s announcement that the United States would recognize Jerusalem as the capital of Israel and move its embassy there from Tel Aviv.

China also called for dialogue to resume promptly between Israel and Palestine so a comprehensive and fair resolution to the Palestinian issue could be found.

The conflict could also impact the country’s valuable investment programs in Israel. China is now Israel’s third-largest trading partner after the US and the European Union, and its second-largest export destination.

In August, China revealed a proposal aimed at ending conflict between Israel and Palestine. Both regions are considered “important partners” in China’s ‘One Belt, One Road’ initiative –  a massive endeavour to build trade and infrastructure links across Eurasia.

President Xi Jinping told the Arab League in 2016 that China supports East Jerusalem as the capital of a sovereign Palestinian state. He also announced a $7.6 million grant for a solar power project to improve Palestinians’ well-being.

The decision by China comes as Lebanon announced that it intends to move its embassy to “occupied” East Jerusalem.

Foreign Minister Gebran Bassil took to Twitter to say he had asked Palestinian President Mahmoud Abbas to “exchange” land between Lebanon and the Palestinian Authority for this proposed embassy.

However, it’s unlikely the announcement will lead to concrete action. The state of Israel and its officials are not recognized by Lebanon and no official contacts are maintained. It is, therefore, unclear how Lebanese officials could build in East Jerusalem without Israeli approval. 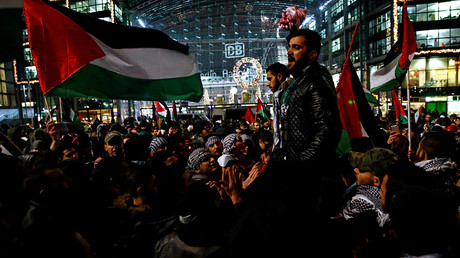