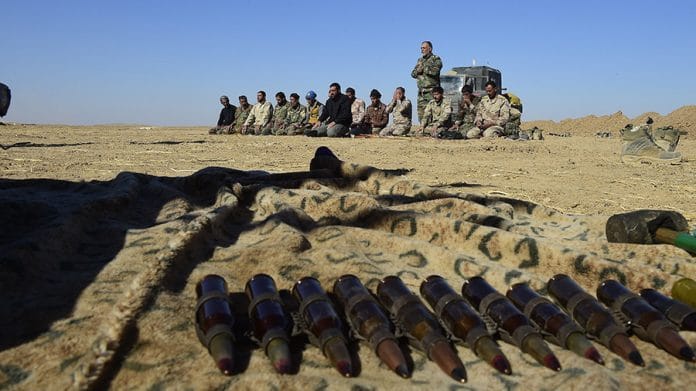 A story published by Wired reveals that an EU-funded group of arms experts went to Iraq and Syria to explore Islamic State’s well-oiled manufacturing machine, only to find that the US routinely violated arms control clauses.

This week the Conflict Armament Research (CAR), a London-based organization partly funded by the European Union, published a 200-page report that summarizes three years of work done by its field teams in Iraq. CAR experts were documenting the weapons Islamic State (IS, formerly ISIS) used on battlefields and how exactly it acquired them.

In a story published by Wired, writer Brian Castner, a former Explosive Ordnance Disposal officer and veteran of the Iraq War, recounts his experience of following CAR field expert Damien Spleeters as he gathered evidence in the Iraqi city of Tal Afar. 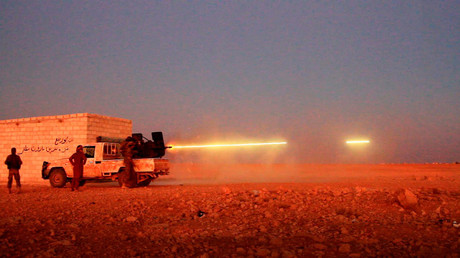 CAR field research is about finding weapons and weapon components, documenting markings and tracing the weapons back to their country of origin and origin through tell-tale signs like particular shades of paint. Serial numbers allowed the group to confirm numerous cases in which weapons produced by EU members like Romania and Bulgaria, and purchased by the US and Saudi Arabia, ended up in the hands of IS.

Spleeters was the one who discovered a batch of dismantled Romanian PG-9 73mm rocket-propelled grenades in Tal Afar. The batch had been sold to the US in 2014 and later apparently sent to Syria to arm a group called Jaysh Suriyah al-Jadid in violation of clauses forbidding re-export of the weapons. The Romanian government has provided CAR with documents confirming both the delivery and the fact that the US signed an end-use certificate. This case is not an isolated incident; several others are detailed in the CAR report.

The CAR investigation has also uncovered the scale and ingenuity of IS arms manufacturers, who managed to organize production of “a nation-state’s worth of weapons” according to Castner. The terrorist group did not simply grab whatever weapons they could, but spurred a complex production network, which repurposed components of weapons made in other countries and complemented them with domestically-produced components to create a range of arms tailored for IS’ own needs. 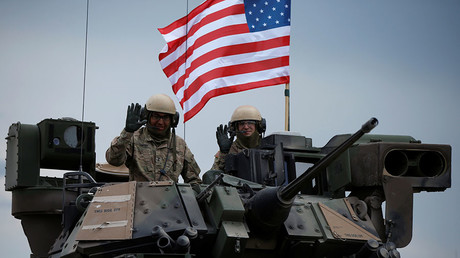 The military defeat of IS does not mean the loss of all the know-how – weapon designs, solved engineering problems, industrial processes, blueprints and schematics – which the self-proclaimed caliphate gathered over three years. The effort needed to mass-produce arms will only become smaller as technologies like metal 3D-printing are becoming more accessible, he warned.

CAR’s field expert Spleeters became fascinated with tracing supply chains in modern conflicts, starting in 2011 in his native Belgium. Working as a reporter, he wanted to understand and report to the public how Belgian-made weapons came into the possession of Libyan rebels fighting to overthrow Muammar Gaddafi. He discovered that the only way to get to the bottom of the story was to travel to Libya, which he did in his spare time. Spleeters became a freelance journalist after returning, reporting on arms trafficking for newspapers and think-tanks specializing in tracing arms, and joined CAR as a fulltime investigator in 2014.

The expert says field trips are the only way to properly collect evidence necessary to establish the truth. The data collected this way cannot be replicated by analyzing online videos, a method favored by some investigative groups like Bellingcat.

“With all the social media things, when you see ordnance or small arms from afar, you might think, ‘Oh, that’s an M-16.’ But if you see it close up, you figure out it’s a CQ-556 rifle from China, a copy of the M-16. But you need to be close by to see it,” Castner cites him as saying. Spleeters believes that the camera conceals more than it reveals.

He said the situation in Iraq, just like Syria, was a mess. “Nobody knows what’s going on, and there’s all these conspiracy theories. We live in a post-truth era, where facts don’t matter anymore. And with this work, it’s like you can finally grab onto something that’s true.”