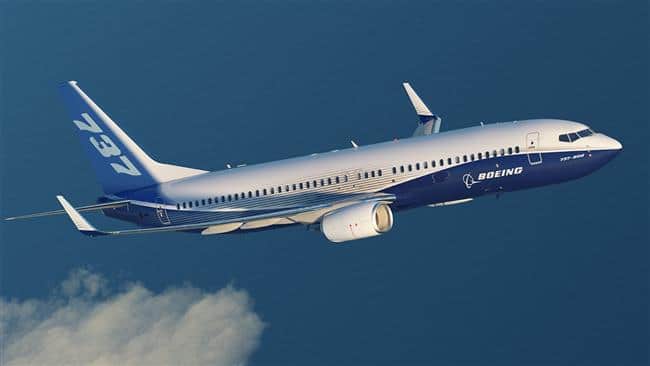 [ Editor’s Note: The US is exposing how its camel’s nose in the tent works. Once any US parts are used in an EU-manufactured product, that gives the US veto rights on any future sales.

Some would consider that a challenge to the respective countries’ commercial sovereignty. But if those are caveats we accepted on the front end of the JCPOA deal, then the EU countries are now boxed it.

This gives more fuel to the fire that future trade deals with the US have to be carefully watched to not get caught in such compromising situations. It also will provide impetus for EU companies looking to do more business with foreign suppliers who do not include such restrictions.

The current one the US is using looks like payback to Iran for its helping Syria survive the US-coalition proxy terrorism war. It wants to put out on the table that there will always be financial punishment for not submitting to US control.

Some would pose that this does not jive well with the US’ claim of being the defender of freedom and democracy in the world, which is becoming one of the Fake Claims of all times. This type of attitude is something you would expect when dealing with mafia thugs, and maybe that is the actually the case.

Maybe the criminals are in charge, and this is why Trump is their perfect guy. But what is the public to do if mostly only criminals pass the smell test of the Deep State handlers to run for office, so their guys are in no matter who wins the election?

Gordon Duff has editorialized for several years how international crime targeted going into business with the national political, Intelligence and judicial classes to make themselves prosecution-proof by making them all partners.

It is stories like this that are clues that Gordon’s position is being validated by US actions before any serious investigation has started. Can we count on Mueller to nip the head off this snake? Could anyone else do it but him? We may not need to wait long to find out… Jim W. Dean ]

The administration of US President Donald Trump is considering blocking planned sales of hundreds of passenger planes by two aerospace giants, Boeing and Airbus, to Iranian airlines, a report says.

Citing US officials, The Wall Street Journal reported on Friday that Trump’s team is expected to present him with options that include banning sales, imposing stringent conditions that could halt any aircraft deliveries, or slow-walking approvals.

According to the officials and other people familiar with the matter, no options have yet been made to the president and that the administration is also considering letting the sales proceed.

The officials also said that they were unsure what Trump would decide when presented with options. The Journal wrote that the administration is concerned that “Iranian airlines could use the new jets, or old ones, to ferry weapons and military personnel into Syria.”

“The administration’s position is clear,” the newspaper quoted a White House spokesman as saying. “We will not issue export licenses unless we are convinced the aircraft will be used exclusively for commercial passenger aviation.”

Boeing and its European rival Airbus have agreed to sell almost 300 planes valued at $40 billion to Iranian airlines. Last year, Iran signed a deal worth $16.6 billion with Boeing to buy 80 passenger planes, the first of which are scheduled for delivery in 2018.

The deal which supported at least 100,000 US aerospace jobs, according to Boeing, had also been approved by the US government.

A spokesman for the company said, “We are authorized to deliver [aircraft], but we will continue to follow our government’s lead with regards to all of our activities with Iran.”

Airbus has also signed a deal to sell Iran Air 100 aircraft, worth of about $10 billion. Since then it has delivered three jets to Iran Air. Based in France, it could be restricted by any US ban because of the large US content on its aircraft, the newspaper wrote.

The European company had no comment on the recent report, but losing the deals with Iranian airlines is expected to cause frictions between Europe and the US.

The sales were allowed under the 2015 Iran nuclear deal, also known as Joint Comprehensive Plan of Action (JCPOA), which was signed during the administration of former US President Barack Obama.

The aviation sales, however, are pending approval from the US Treasury’s Office of Foreign Assets Control. Those approvals to export planes were granted by the Obama administration. The Treasury hasn’t issued any Iran-related aviation licenses under the current administration.

Under the nuclear deal – signed by Iran, the US, Germany, France, Britain, Russia, and China – Iran undertook to apply certain limits to its nuclear program in exchange for sanctions relief.

The president, who has long been seeking an excuse to take his country out of the Iran deal, accuses Iran of military involvement in Syria and Yemen.

He refused in October to certify that Iran was complying with the accord, but the administration remained a party to the deal. Trump, instead directed his administration “to work closely with Congress and our allies to address the deal’s many serious flaws.”

Before the nuclear deal was reached, European officials have repeatedly complained that Europe took more of a hit from US-led sanctions imposed against Iran because Americans were doing very limited business at that time.

“We were the ones who took all the pain of all the sanctions,” said David O’Sullivan, the European Union’s US ambassador. “We didn’t do this deal [nuclear deal] in order to get rid of the sanctions. We held the sanctions until we could all agree we had a good deal.”

O’Sullivan also warned the US administration against blowing up the nuclear deal, saying “Nothing should be done that negates that because clearly you cannot expect Iran to stick to the deal if you take away with the left hand what is given on the right hand on the lifting of the sanctions.”