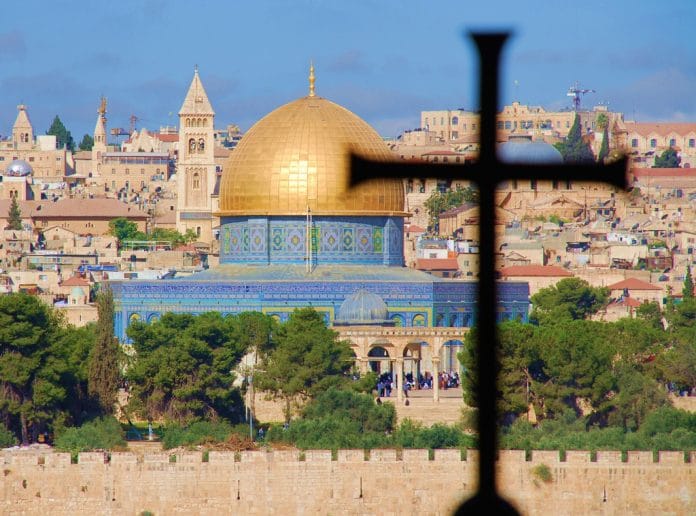 From Barak to Trump (original title)

[ Editor’s Note: As a long time rough-and-tumbler inside Israeli opposition politics, Uri is a walking encyclopedia on not only Israeli history, but has personally known all the main players. It is, after all, a small country.

His biggest shortcoming as a writer, like many others, is titles; hence my change to something to draw readers, which is the bombshell part of his article. Uri does not converse with us, or anyone in the US that I know of, so we can never chat about such things.

But he is an astute historical observer of Zionist politics, and we learn a lot by following him. This story of Ehud Barak – the “smart guy” making a big splash over his peace plan without spending a minute of effort laying any groundwork with the other party – is a classic example of Israeli failure.

Uri chalks it up to Jewish chutzpah on Barak’s part – the “know it all” virus that infects the Hebrew community where, if they don’t have outsiders to argue and fight with, they battle each other like cats and dogs.

With my background, I am more suspicious of Barak’s intentions with his “peace” plan. He was smart enough to know that without meticulous preparation and initial feeling out of the other party to assure a feasible discussion got started, no peace plan had a snowball’s chance in Hell of succeeding.

The slam dunk proof of this is how quickly Barak claimed that Israel had no partner for peace, when he presented a “plan” that anyone with a modest background on the conflict could have told him would never fly.

Diplomacy has its false flags also – fake attempts for peace that are bound to fail and burn up another decade of the status quo before it is time to crank up the game again.

The US plays along with this because, with its history of never withholding our military and other financial aid as the ace cards to put pressure on the Zionists, Israel will never agree to anything that does not leave them as a complete colonial power in Palestine. The Palestinians will never accept that, nor should they… Jim W. Dean ]

Ehud Barak has “broken the silence”. He has published an article in The New York Times attacking our prime minister in the most abrasive terms. In other words, he has done exactly the same as the group of ex-soldiers who call themselves “Breaking the Silence”, who are accused of washing our dirty linen abroad. They expose war crimes to which they have been witnesses, or even participants.

But apart from the attack on Binyamin Netanyahu, Barak has used the article to publish his Peace Plan. A former chief-of-staff of the Israeli army and a former prime minister, Barak is obviously planning a comeback, and his peace plan is part of the effort. There seems to be, anyhow, open season for Peace Plans in our region.

I respect the intelligence of Barak. Many years ago, when he was still the deputy chief-of-staff, he unexpectedly invited me for a talk. We discussed the military history of the 17th century (military history is an old hobby of mine) and I soon realized that he was a real expert. I enjoyed it very much.

On a spring evening In May 1999, I was part of a huge jubilant crowd in Tel-Aviv’s Rabin Square after Barak had won the Knesset elections and become prime minister. He promised us “the dawn of a new day”. In particular, he promised to make peace with the Palestinians.

Intellectually, Barak is superior to all other politicians on the Israeli scene. Soon enough it appeared that this may be a handicap. Intelligent people tend to be arrogant. They despise people of lesser mental powers. Knowing that he had all the answers, Barak demanded that President Clinton call a meeting with Yasser Arafat.

On the morrow I spoke with Arafat and found him deeply worried. Nothing has been prepared, no prior exchange of views, nothing. He did not want to go to the meeting which he thought was bound to fail, but could not refuse an invitation from the president of the US.

The result was catastrophe. Barak, sure of himself as usual, presented his peace plan. It was more accommodating than any prior Israeli plan, but still fell far short of the Palestinians’ minimum. The meeting broke up.

What does a diplomat do in such circumstances? He announces that “we had a fruitful exchange of views. We have not yet reached total agreement, but the negotiations will go on, and there will be more meetings, until we reach agreement.” Barak did not say that. Neither did he say: “Sorry, I am totally ignorant of the Palestinian point of view, and I shall now study it seriously.”

If this had been declared by a right-wing politician, everybody would have shrugged. But coming from the leader of the Peace Camp, it was devastating. Its effects can be felt to this very day.

So here comes Barak – the new Barak – with a brand-new Peace Plan. What does he say? The aim, he writes, is “separation” from the Palestinians. Not peace, not cooperation, just separation. Get rid of them. “Peace” is not popular just now.

How separation? Israel will annex the new Jewish neighborhoods in East Jerusalem and the “settlement blocs” – the clusters of Jewish settlements beyond the Green Line but close to it. He agrees to “land swaps”. And then comes the killer: “overall security responsibility in the West Bank will remain in the hands of the Israel Defense Forces as long as necessary.”

And the sad conclusion: “Even if it is not possible to solve the Israeli-Palestinian conflict at this stage – and it probably is not…”

If there is one Palestinian who would accept these terms, I shall be surprised. But Barak, then and now, does not care for the views and feelings of the Palestinians. Just like Netanyahu, who at least has the decency not to propose a “Peace Plan”. Unlike Trump.

Donald Trump is not a genius like Barak, but he also has a Peace Plan.

A group of right-wing Jews, including his son-in-law (also no genius, he) have been working on this for months. He has proposed it to Mahmoud Abbas, Arafat’s successor, to the new Saudi Crown Prince and other Arab princes. It seems to provide for a Palestinian State composed of several small isolated enclaves on the West Bank, without Jerusalem and without an army.

This is sheer lunacy. Not one single Palestinian and not one single other Arab would accept this. Worse, anyone proposing such a caricature of a state betrays utter ignorance.

That’s where the real problem lies: it is much worse than just not knowing. It demonstrates abysmal contempt for the Palestinians and for Arabs in general, a basic belief that their feelings, if any, don’t matter at all. This is a remnant of colonial times.

Palestinians, and Arabs at large, do have deep feelings and convictions. They are a proud people. They still remember the times when Muslims were incomparably more advanced than the barbarian Europeans. To be treated like dirt by the US president and his Jewish entourage hurts them deeply, and may lead to a disturbance in our region that no Arab prince, hired by the USA, will be able to control.

This especially concerns Jerusalem. For Muslims, this is not just a town. It is their third holiest place, the spot from where the Prophet – peace be upon him – ascended to heaven. For a Muslim to give up Jerusalem is inconceivable.

The latest decisions of Trump concerning Jerusalem are – to put it mildly – idiotic. Arabs are furious, Israelis don’t really care, America’s Arab stooges, princes and all, are deeply worried. If disturbances erupt, they may well be swept away.

And what for? For one evening’s headline?

There is no subject in our region, and perhaps in the world – that is more delicate. Jerusalem is holy to three world religions, and one cannot argue with holiness.

In the past I have devoted much thought to this subject. I love Jerusalem (contrary to the founder of Zionism, Theodor Herzl, who was disgusted by it and left it in a hurry after one single night). The early Zionists disliked the city as a symbol of all that is wrong and foul in Judaism.

Some twenty years ago I composed a manifesto, together with my late friend, Feisal al-Husseini, the leader of Jerusalem’s Arabs and the scion of its most noble family. Hundreds of Israelis and Palestinians signed it.

Its title was “Our Jerusalem”. It started with the words: “Jerusalem is ours, Israelis and Palestinians, Muslims, Christians and Jews.” It went on:

“Our Jerusalem Is a mosaic of all the cultures, all the religions and all the periods that enriched the city, from earliest antiquity to this very day – Canaanites and Jebusites and Israelites, Jews and Hellenes, Romans and Byzantines, Christians and Muslims, Arabs and Mamelukes, Othmanlis and Britons, Palestinians and Israelis.

“Our Jerusalem must be united, open to all, and belonging to all its inhabitants, without borders and barbed wire in its midst.”

I wish I could nail this Manifesto to the doors of the White House.