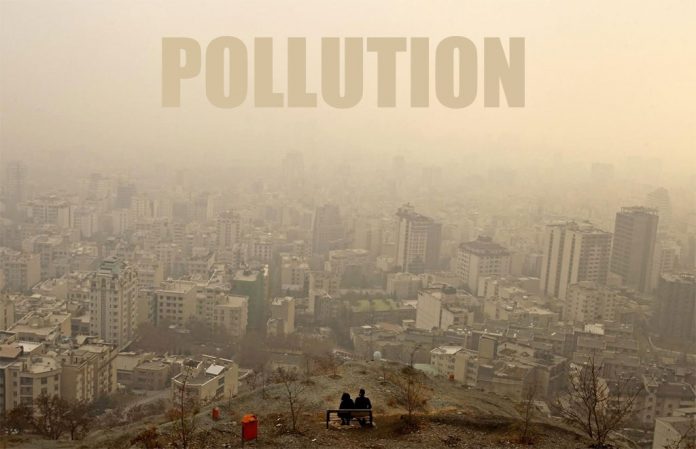 Health Editor Note: I find it interesting that Ankara, clearly in Turkey, would report pollution in Iran reaching such unhealthy levels that schools had to be closed. A few years ago, after visiting Istanbul, and then driving south and westerly toward Ismit, we encountered pollution of such proportions that defied the imagination.

The air could take the paint off of your car. You wanted to hold your breath to avoid breathing in the vapors, smoke, acrid smell, etc.   The investment environment in Turkey welcomes foreign investors who are able to avoid the strict environmental conditions placed on manufacturing businesses in their own countries. Two of the worst polluters were owned by Bosch and  BASF chemical, both German based.

Tehran lies in a geographical area like Los Angeles and is a smog collector.  Perhaps Turkey should address its own environmental issues which could have moved easterly, as is the usual case with weather and radiation fall-out and would have had a direct hit on the country of Iran…..Carol

ANKARA (Reuters) – Iran has shut schools in the capital and some other major cities because of dangerous levels of air pollution, Iranian media reported on Tuesday.

State TV said schools, closed since Sunday, would remain closed on Wednesday in Tehran, which has a population of 14 million and more than 8 million cars and motorbikes.

To reduce the pollution, Iranian authorities announced on Monday that cars were only allowed on the roads on alternate days, depending on their number plates. Mines and cement factories have been closed in Tehran province.

Schools in the northwestern cities of Tabriz and Urmia and the central city of Isfahan also have been closed because of the high pollution level, Iran’s state news agency IRNA reported on Tuesday.

Residents shared on social media pictures of Tehran covered with a blanket of smog.

The capital has been experiencing an alarming level of air pollution since Sunday but despite reduced traffic, it has remained high in the city, which sprawls at the foot of the Middle East’s highest mountains.

Iran’s Health Ministry has called on the elderly, children, and people with heart problems to stay at home. Iranian media reported that a growing number of people with severe breathing difficulties have been hospitalized.

Iranian media gave no specific reason for the increased pollution, which comes after a similar incidence in 2014 that left some 400 people needing hospital treatment.