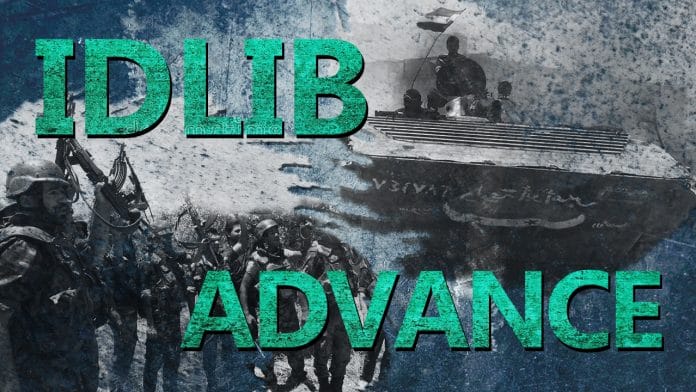 Thus, troops of the Syrian Arab Army (SAA) and the National Defense Forces (NDF) deployed within only 2km of the strategic village of Abu Dali. This village is one of the key strong points of Hayat Tahrir al-Sham (HTS) in the area.

In southern Aleppo, HTS repelled an attack by the SAA and the NDF on the villages of Ramla and Sayyalah. According to the HTS-linked news agency Iba’a, the militants captured 7 SAA soldiers and an officer during the clashes.

On December 21, clashes between government troops and HTS continued in many points in southern Idlib and southern Aleppo. According to pro-government sources, the elite Tiger Forces, led by Gen. Suheil al-Hassan, should soon join the SAA battle against the militants.

A withdrawal deal between HTS and the government failed in Damascus’ Eastern Ghouta. According to pro-opposition sources, HTS members failed to execute their side of the agreement and to prepare for withdrawal to the province of Idlib because of the tensions between HTS and another militant group – Jaish al-Islam.

In the Beit Jinn pocket, the SAA and the NDF reached the eastern entrance to the HTS-held village of Maghar al-Mir and engaged militants in the nearby heights. Clashes are ongoing in the area. If Maghar al-Mir is liberated, it will be a major blow to the HTS defense in the pocket.

The US-backed Syrian Democratic Forces (SDF) announced that its fighters repelled an attack by ISIS on their positions in the villages of Hamam and Jaras Sharqi in the province of Deir Ezzor. According to reports, 3 SDF members and 7 ISIS members were killed in the clashes.

ISIS also attacked a SDF checkpoint in al-Shheell where the militants allegedly killed 7 civilians, a SDF member and destroyed a Humvee.

The SDF also announced that 242 new fighters finished their training and joined its ranks. The fighters will be a part of the new border force responsible for securing the SDF-held part of the border with Iraq.