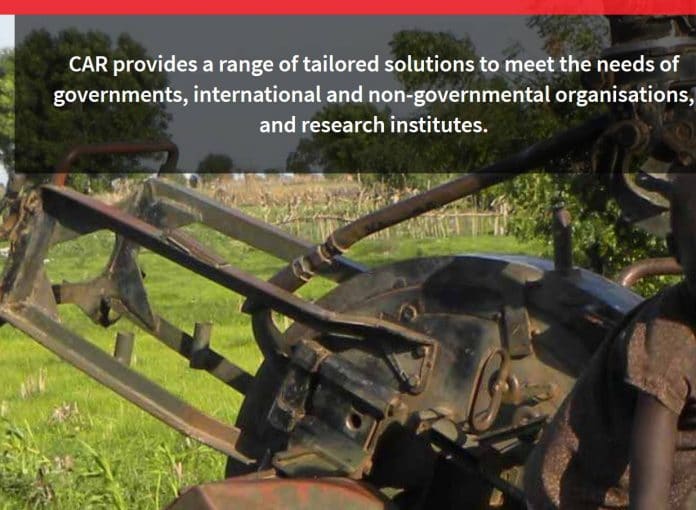 [ Editor’s note:  We long ago found that CAR is a CIA front tasked with covering for the White Helmets, ISIS and gang. The foremost private investigative group on such issues is Delaware based ADS of which I am managing director.  Consider me biased…Gordon Duff]

[ Editor’s Note Two: Keep in mind as you are reading this that the stories about the CIA rat line buying up old arms from former Soviet Unions States has been published for several year now, a stack of them by VT.

But never once were any of these funded investigative journalism organizations in touch with VT to compare notes, when that would usually be step number one for someone claiming to have government funding, in this case the EU being the client.

And gosh, here comes this story AFTER ISIS was defeated in Iraq and almost cleared out. So inquiring minds would like to ask “why now” for CAR? Might it be paycheck time for the  to “break” a story that been out for years.

And with the EU paying the tab, all these investigators would have had to do is ask some of the major EU Intel agencies to brief them on where all the arm were coming in from and save themselves a lot of field work

Why would the EU contract out to a group to do this and produce a report when when it didn’t really matter, unless they had another objective, like having that team on the ground for an alternate task? ‘Color me suspicious …Jim W. Dean ]

During the last week, a report by the Conflict Armament Research (CAR) on the Islamic State’s weapons found in Iraq and Syria has been doing the rounds on the media.

Before the story was picked up by the mainstream media, it was first published [1] in the Wired on December 12, which has a history of spreading dubious stories and working in close collaboration with the Pentagon and DARPA (Defense Advanced Research Projects Agency) under its erstwhile reporters Noah Shachtman and Spencer Akerman.

Both of them are now the national security correspondents for the Daily Beast, though this particular report has been written by Brian Castner, “a former US Air Force explosive ordnance disposal officer and a veteran of the Iraq War.”

The Britain-based Conflict Armament Research (CAR) is a small company of less than 20 employees. It’s Iraq and Syria division is headed by a 31-year-old Belgian researcher, Damien Spleeters. The main theme of Spleeters’ investigation was to discover the Islamic State’s homegrown armaments industry and how the jihadist group’s technicians have adapted the East European munitions to be used in the weapons available to the Islamic State. He has listed 1,832 weapons and 40,984 pieces of ammunition recovered in Iraq and Syria in the CAR’s database.

But Spleeters has only tangentially touched upon the subject of the Islamic State’s weapons supply chain, documenting only a single PG-9 rocket found at Tal Afar in Iraq bearing a lot number of 9,252 rocket-propelled grenades which were supplied by Romania to the US military, and mentioning only a single shipment of 12 tons of munitions which was diverted from Saudi Arabia to Jordan in his supposedly ‘comprehensive report.’

In fact, the CAR’s report is so misleading that of thousands of pieces of munitions investigated by Spleeters, less than 10% were found to be compatible with NATO’s weapons and more than 90% were found to have originated from Russia, China and the East European countries, Romania and Bulgaria in particular.

By comparison, a joint investigation by the Balkan Investigative Reporting Network (BIRN) and the Organized Crime and Corruption Reporting Project (OCCRP) has uncovered [2] the Pentagon’s $2.2 billion arms pipeline to the Syrian militants.

It bears mentioning, however, that $2.2 billion were earmarked only by Washington for training and arming the Syrian rebels, and tens of billions of dollars that Saudi Arabia and the oil-rich Gulf states have pumped into the Syrian proxy war have not been documented by anybody so far.

Gaytandzhieva documented 350 such ‘diplomatic flights’ and was subsequently fired from her job for uncovering the story. Unsurprisingly, however, both these well-researched and groundbreaking reports didn’t even get a passing mention in any mainstream news outlet.

It’s worth noting, moreover, that the Syrian militant groups are no ordinary bands of ragtag jihadist outfits. They have been trained and armed to the teeth by their patrons in the security agencies of Washington, Turkey, Saudi Arabia and Jordan in the training camps located at Syria’s border regions with Turkey and Jordan.

Along with Saddam’s and Egypt’s armies, the Syrian Baathist armed forces are one of the most capable fighting forces in the Arab world. But the onslaught of militant groups during the first three years of the proxy war was such that had it not been for the Russian intervention in September 2015, the Syrian defenses would have collapsed.

And the only feature that distinguishes the Syrian militants from the rest of regional jihadist groups is not their ideology but their weapons arsenals that were bankrolled by the Gulf’s petro-dollars and provided by the CIA in collaboration with regional security agencies of Washington’s client states.

While we are on the subject of Islamic State’s weaponry, it is generally claimed by the mainstream media that Islamic State came into possession of state-of-the-art weapons when it overran Mosul in June 2014 and seized huge caches of weapons that were provided to the Iraqi armed forces by Washington.

Is this argument not a bit paradoxical, however, that Islamic State conquered large swathes of territory in Syria and Iraq before it overran Mosul when it supposedly did not have those sophisticated weapons, and after allegedly coming into possession of those weapons, it lost ground?

The only conclusion that can be drawn from this fact is that Islamic State had those weapons, or equally deadly weapons, before it overran Mosul and that those weapons were provided to all the militant groups operating in Syria, including the Islamic State, by the intelligence agencies of none other than the Western powers, Turkey, Jordan and the Gulf states.

In fact, Washington exercises such an absolute control over the Syrian theater of proxy war that although it openly provided the US-made antitank (TOW) weapons to the Syrian militants but it strictly forbade its regional allies from providing anti-aircraft weapons (MANPADS) to the militants, because Israel frequently flies surveillance aircrafts and drones and occasionally carries out airstrikes in Syria, and had such weapons fallen into wrong hands, they could have become a long-term threat to Israel’s air force.

Lately, some anti-aircraft weapons from Gaddafi’s looted arsenal in Libya have made their way into the hands of Syrian militants, but for the initial years of the proxy war, there was an absolute prohibition on providing MANPADS to the insurgents.