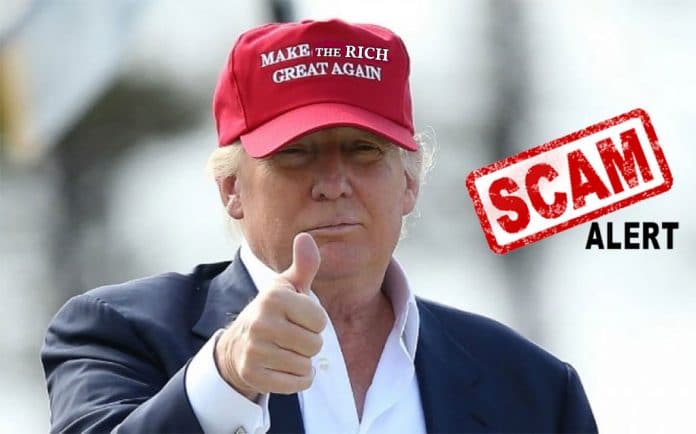 On Wednesday the White House Press Secretary Sarah Huckabee Sanders equated Donald Trump’s declaration that Jerusalem is Israel’s capital and his decision to move the US Embassy in Israel from Tel-Aviv to Jerusalem with putting America first.

To equate Trump’s Jerusalem decisions with the idea of putting America first is nothing but a scam being played on American people who genuinely care about other Americans and about America.

Today, when Trump signed the tax bill into law, he made a comment about rebuilding America’s infrastructure. He pointed out how the US spent over $7 trillion in the Middle East and said that money could have been used to improve the infrastructure across America. This statement of Trump’s, coming on the heels of his Jerusalem decision, shows he just doesn’t get it. Either that, or he is playing the fool.

Surely Trump knows that Israel and its powerful lobby decide key US decisions in US foreign policy for the Middle East. I’d be shocked if when candidate Trump met with his biggest campaign contributor, billionaire American Jewish casino mogul Sheldon Adelson, that Adelson did not make it very clear to Trump that Israel and the Israel lobby call the shots in regards to US Middle East foreign policy.

Pleasing Adelson is probably Trump’s motivation for claiming that Jerusalem is Israel’s capital, for the decision to move the US embassy to Jerusalem and for Trump torpedoing the nuclear agreement with Iran.

Trump’s overwhelming desire to please Adelson, Israel and the Israel lobby does NOT at all put America first. This ungodly trinity that Trump works to please wants US politicians to start a new war for Israel’s benefit, this time against Iran. In 2013 at Yeshiva University in New York Adelson said regarding the US and Iran:

“You pick up your cell phone and you call somewhere in Nebraska and you say ‘OK, let it go,’ and so there’s an atomic weapon goes over, ballistic missiles in the middle of the desert that doesn’t hurt a soul, maybe a couple of rattlesnakes and scorpions or whatever. And then you say, ‘See? The next one is in the middle of Tehran.’”

Trump must know that using the people in the American military to fight wars for the Jewish state of Israel is in no way, shape or form putting America first. US politicians from both parties voted to use American troops and American tax dollars for Israel’s benefit when they launched the war against Iraq in 2003.

Now the same forces of Israel, its lobby and Israel first individuals like Adelson are moving us down that same road to a new war for Israel’s benefit. These Israel first forces are moving Americans in the US military “as a lamb to the slaughter” to quote a phrase from the Hebrew/Jewish authors of the Bible.

Since our thoughts and beliefs determine our actions, if we really want to break free from this deadly cycle of religious inspired violence, we need to work to change the thinking of people who are currently under the spell of the “revealed” religions.

The American founder and Deist Thomas Paine made this clear when he wrote in his outstanding book on God, Deism and religion, The Age of Reason that we need a revolution in religion based on our innate God-given reason and Deism.