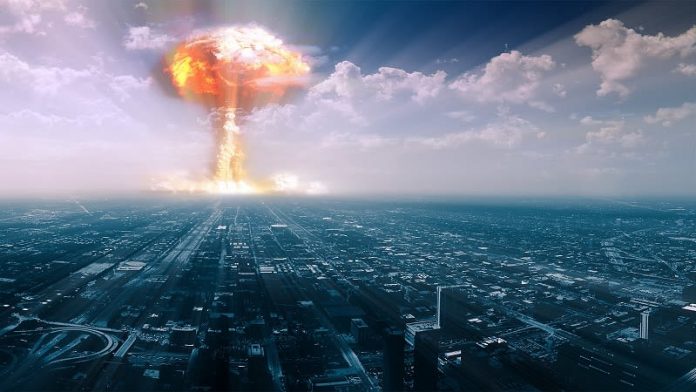 Talks aimed at transferring US nuclear technology to Saudi Arabia serve as an indicator of where the Saudi-Iranian rivalry is heading as well as the strength of the informal Saudi-Israeli alliance against Iran. The possible transfer could spark a new arms race in the Middle East and constitutes one explanation why Saudi responses to President Donald J. Trump’s recognition of Jerusalem as the capital of Israel were muted and limited to rhetorical statements.

Mr Trump’s decision was perhaps most challenging for the Saudis, who as custodians of Islam’s two holiest cities, would have been expected to play a leading role in protecting the status of the city that is home to the faith’s third holiest site. Saudi Arabia was represented at this the recent summit of Islamic countries in Istanbul that recognised East Jerusalem as the capital of Palestine by its foreign minister, Adil al-Jubayr, rather than the king, crown prince or another senior member of the ruling family.

The difficulty for the Saudis goes beyond their close cooperation with Israel, willingness to increasingly publicly hint at what long was a secret relationship, and their position as the USA’s closest friend in the Arab world, who reportedly was willing to endorse a US-sponsored Israeli-Palestinian peace plan in the making that would fail to meet the minimum demanded by Palestinians and Arab public opinion.

In the president’s [Trump] latest effort, his administration is weighing allowing Saudi Arabia to enrich uranium as part of a deal that would ensure that bids by Westinghouse Electric Co. and other US companies to build nuclear reactors in the kingdom are successful.

With Mr Trump backing Saudi efforts to counter Iranian influence in a swath of land stretching from Asia to the Atlantic coast of Africa despite mounting US criticism of the kingdom’s conduct of its military intervention in Yemen, Riyadh has a vested interest in maintaining its close ties to Washington. While having been put in an awkward position, international condemnation of Mr Trump’s Jerusalem move has also increased Saudi leverage.

Mr Trump’s support for Saudi Arabia as well as his transactional approach to foreign policy that aims to further US business interests holds out the promise of tipping the Middle East’s military balance of power in favour of the kingdom.

In the president’s latest effort, his administration is weighing allowing Saudi Arabia to enrich uranium as part of a deal that would ensure that bids by Westinghouse Electric Co. and other US companies to build nuclear reactors in the kingdom are successful. Past US reluctance to endorse Saudi enrichment and reprocessing of uranium has put purveyors of US nuclear technology at a disadvantage.

Saudi Arabia agreed with the US in 2008 not to pursue enrichment and reprocessing but has since backed away from that pledge. “They wouldn’t commit, and it was a sticking point,” said Max Bergmann, a former special assistant to the undersecretary of state for arms control and international security.

Testifying to Congress in November, Christopher Ford, the US National Security Council’s senior director for weapons of mass destruction and counterproliferation, refused to commit the Trump administration to the US restrictions. The restrictions are “not a legal requirement. It is a desired outcome”, Mr Ford said. He added that the 2015 international agreement with Iran that severely restricts the Islamic republic’s nuclear programme for at least a decade, made it more difficult for the United States to insist on limiting other countries’ enrichment capabilities.

Saudi Arabia plans to construct 16 nuclear power reactors by 2030 at a cost of an estimated $100 billion. Officially, Saudi Arabia sees nuclear power as a way of freeing up more oil for export in a country that has witnessed dramatic increases in domestic consumption and contributing to diversification of its economy. It would also enhance Saudi efforts to ensure parity with Iran in the kingdom’s ability to enrich uranium and its quest to be the Middle East’s long-term, dominant power.

Saudi Arabia has large uranium deposits of its own. In preparation of requesting bids for its nuclear programme, Saudi Arabia in October asked the US, France, South Korea, Russia and China for preliminary information. In addition to the United States, the kingdom has in recent years concluded a  number of nuclear-related understandings with China as well as with France, Pakistan, Russia, South Korea and Argentina.

Mr Trump’s apparent willingness to ease US restrictions services his campaign promise to revive and revitalise America’s nuclear industry and meet competition from Russia and China. Saudi contracts are crucial for Westinghouse, a nuclear technology pioneer whose expertise is used in more than half of the world’s nuclear power plants. Westinghouse declared bankruptcy in March because of delays in two US projects.

Dropping restrictions on Saudi enrichment could not only fuel Saudi-Iranian rivalry that has wreaked havoc across the region, but also encourage other recipients of US nuclear technology to demand similar rights.

A deal that would lift US restrictions in return for acquiring US technology could enmesh Saudi Arabia in bitter domestic political battles in Washington evolving around alleged Russian interference in the election that brought Mr Trump to office. Controversial Trump campaign aide and short-lived national security advisor Michael Flynn sought to persuade Israel to accept the kingdom’s nuclear program as part of his efforts to promote Russian nuclear interests in the Middle East.

Mr Trump’s willingness, against the backdrop of uncertainty about his readiness to uphold US adherence to the 2015 agreement with Iran, could unleash an arms race in the Middle East and North Africa. Mr Trump recently refused to certify to Congress that Iran was compliant with the agreement.

Dropping restrictions on Saudi enrichment could not only fuel Saudi-Iranian rivalry that has wreaked havoc across the region, but also encourage other recipients of US nuclear technology to demand similar rights. The United Arab Emirates and Egypt have accepted restrictions on enrichment in their nuclear deals with US companies as long as those limitations were imposed on all countries in the Middle East.

Saudi Arabia has long been suspected of having an interest in ensuring that it would have the ability to develop a military nuclear capability if ever deemed necessary. For decades, Saudi cooperation with nuclear power Pakistan has been a source of speculation about the kingdom’s ambition.

Pakistan’s former ambassador to the United States, Husain Haqqani, asserted that Saudi Arabia’s close ties to the Pakistani military and intelligence during the anti-Soviet jihad in Afghanistan in the 1980s gave the kingdom arms’ length access to his country’s nuclear capabilities.

“By the 1980s, the Saudi ambassador was a regular guest of A.Q. Khan,” or Abdul Qadeer Khan, the controversial nuclear physicist and metallurgical engineer who fathered Pakistan’s atomic bomb,” Mr Haqqani said in an interview.

Similarly, retired Pakistani Major-General Feroz Hassan Khan, the author of a semi-official history of Pakistan’s nuclear programme, has no doubt about the kingdom’s interest.

“Saudi Arabia provided generous financial support to Pakistan that enabled the nuclear programme to continue, especially when the country was under sanctions,” Mr Khan said in a separate interview. Mr Khan was referring to US sanctions imposed in 1998 because of Pakistan’s development of a nuclear weapons capability. He noted that at a time of economic crisis, Pakistan was with Saudi help able “to pay premium prices for expensive technologies.”

The Washington-based Institute for Science and International Security said in a report earlier this year that it had uncovered evidence that future Pakistani “assistance would not involve Pakistan supplying Saudi Arabia with a full nuclear weapon or weapons; however, Pakistan may assist in other important ways, such as supplying sensitive equipment, materials and know-how used in enrichment or reprocessing.”

The report concluded that the nuclear agreement with Iran dubbed the Joint Comprehensive Plan of Action (JCPOA) had “not eliminated the kingdom’s desire for nuclear weapons capabilities and even nuclear weapons… There is little reason to doubt that Saudi Arabia will more actively seek nuclear weapons capabilities, motivated by its concerns about the ending of the JCPOA’s major nuclear limitations starting after year 10 of the deal or sooner if the deal fails,” the report said.

Rather than embarking on a covert programme, the report predicted that Saudi Arabia would, for now, focus on building up its civilian nuclear infrastructure as well as a robust nuclear engineering and scientific workforce. This would allow the kingdom to take command of all aspects of the nuclear fuel cycle at some point in the future.

“The current situation suggests that Saudi Arabia now has both a high disincentive to pursue nuclear weapons in the short term and a high motivation to pursue them over the long term,” the Washington Institute said.