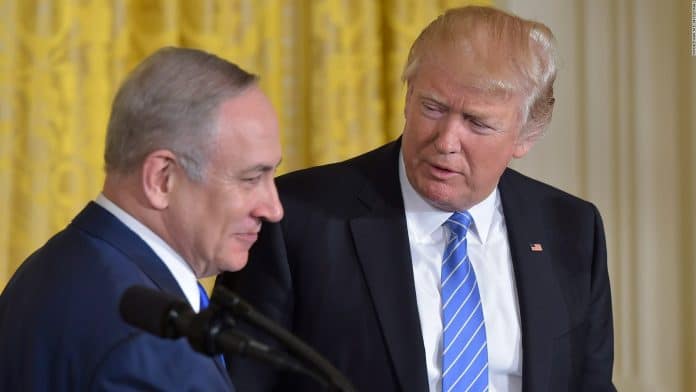 You made us happy not because you are right, but because for once, you removed the false façade of the US as honest peace broker and maker. When I say we, I mean all those Palestinians under occupation and in the diaspora and all Arabs and Muslims who were under the “illusion” that the US is, after all committed to make a final break and conclude an ever lasting peace between the Palestinians and the Israelis.

Well, I can say we were never under the “illusion” but always were hopeful and trustful, the US will live up to its principles of peace, justice, equality, liberty, self-determination and will bring about an end to the longest military and colonial occupation in modern history. 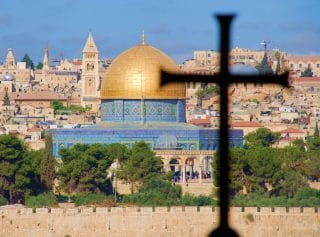 For over 50 years, the Palestinians, the Arabs, and even the Muslims were led to believe the US is doing all its best to bring about peace and reconciliation between the Palestinians and the Israelis, even though and since the days of President Johnson, the US was unbashful and shamelessly on the side of Israel “right and wrong” even at the expense of our national interests, the lives of our sailors who were murdered in cold blood by the Israeli during the 67 War with your predecessor Johnson in act of treason, not only refused to provide help to the crew of the USS Liberty but deliberately overrode the chief of staff preventing a full and open board of inquiry into the massacre that took place on the deck of the USS Liberty.

Of course the US not only did it pretend to work toward peace, but did everything to sabotage any real efforts in bringing about an end to this long festering conflict appointing and without fails, Israeli-First diplomats and special envoys to the Middle East, who made sure and consistent with their Zionism that Israel and the Palestinians will never be able to reach a credible peace agreement.

You and us know well, the Arab-Israeli conflict was never an international conflict but a domestic issue driven by the needs of AIPAC and the elite American Jewish establishment to exercise its toxic and undue influence over our American political, media and social institutions. After all, what AIPAC and the American Jewish leadership can offer its community if Israeli was at peace with its neighbors; kosher hotdog perhaps.

However, not only the US played this dishonest game, but the leaders and executives of the Palestine Liberation Organization (PLO) also and for over 50 years perpetuated the longest and most cruel fraud and lies on Palestinians, first playing the game of liberation and since Oslo played along the “peace game’ when in fact Oslo was nothing to do with ending the Israeli military and settler’s colonial occupation, but a commercial and security contract between the PLO and Israel whereby the PLO provides administrative and security services while funding the continued Israeli colonial occupation. Meanwhile Israel continues with its military and colonial occupation. Only stupid fools think otherwise. The PLO and Fatah, ensure they have continued funding and business opportunities while Israeli continues with its ever expanding settlements.

For over 25 years, we witnessed this game of charade between both the Palestinians and Israeli leadership under the masterful hand of deceit by Israeli-First envoys mainly Dennis Ross and Martin Indyke and now Greenblatt.

While the PLO executive leadership was raising the money to manage the Occupation, Israeli was ever active in expanding its colonial presence at fast dizzying rate building its Apartheid Wall, confiscating prime land to build its colonial settlements, having over 500 “security” check points delivering daily humiliations to over 3 million Palestinians, and implementing a true Apartheid System not seen since the ugly days of Germany and South Africa. The world including the Arabs were happy with the façade “peace process”.

We want to thank you Mr. President for your courageous decision, especially after collecting and securing hundreds of billions worth of contracts from the Arabs and after convincing the Palestinian and the Arab leadership that you have under wrap the “deal of the century”.

Well, your Jerusalem Declaration, just made our day, and made our mission much easier as we now push seriously creating a “peace movement” between Palestinians under Occupation and those in Exiles and Israeli and the people around the world to push toward the One State Solution. You could not imagine how happy we are all and how happy that Palestinians, Arabs and Muslim finally woke up from their day dreams, called “Peace Process”. Now there are no rooms for lies or pretenses and time for the Palestinians to realize the fraud that has been perpetuated on them for over 50 years of PLO leadership.

Who knows maybe you will live long enough to visit Palestinians and Israelis as they enjoy the benefits of your Jerusalem Declaration, living in their own One State for All of its people; of course that include Palestinians in Exiles. I am sure you will be most welcomed.