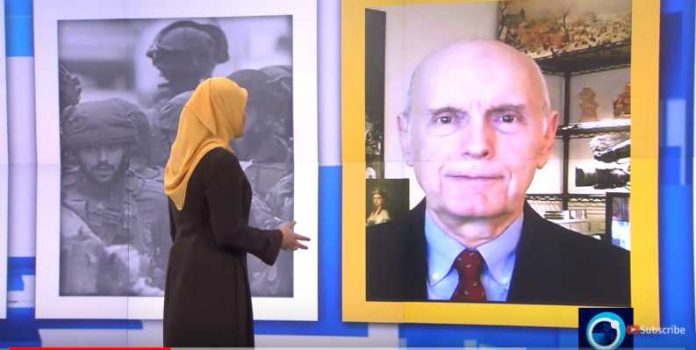 [ Editor’s Note: The hard line Syrian Jihadi opposition is playing out their hand as expected, as pawns.

Now that the war is winding down and their groups have fewer opportunities for milking money out of struggling desperate Syrians at border crossings and checkpoints, they are 100% on the tit of their US Coalition backers.

Their goal now is insulating themselves from being reduced in power to the small vote percentages they can produce at the polls if Assad is still running. They want to negotiate a deal as “equals” or to have some autonomy so they can continue their lives as parasites on the locals.

Pray that eventually the final deal has them staying in Syria, that some secret promise has not been made to bring them back to America on special visas or Congressional Act as “friends” of America.

Long forgotten is how we brought 250,000 hard core Somalis here after their war, people who never understood what the term assimilate meant, and would have laughed at being presented anything else but “my tribe first”…all of them mini-Trumps.

Their attitude toward American customs and expectations was, “shove that up your butt”. They became instant welfare scamsters, petty criminals, car thieves, ID theft, phone scams, you name it. America was the land of endless people to scam.

These people were all dumped into local communities where they not only competed with real Americans, but were given priority for benefits. Under UN treaty refugees get to jump the line on waiting lists for things like housing.

Will Americans raise the needed hell over this with their Congressmen if the State Department wants to bring terrorist refugees here? I doubt it. Trump has them distracted with his daily tweets like a carnival barker, competing with the morning news shows as to what their concerns for the day will be. I wish I were only kidding ... Jim W. Dean ]

Syria’s foreign-backed militants groups and opposition factions have turned down Russian-proposed peace talks. They said the talks are aimed to circumvent the United Nations-sponsored process, which has failed to produce any breakthrough since it began in 20-14.

A statement signed by 40 foreign-backed militant groups described Russia as an aggressor and accused it of committing war crimes against Syrians. Syria’s government said it would attend the Congress scheduled for late January in Sochi. The congress was discussed during talks among Russia, Iran and Turkey in Astana.

The Sochi negotiations are to discuss new elections and possibly amending the constitution. Ceasefire agreements brokered by Russia, Iran and Turkey in de-escalation zones have reduced the violence across much of Syria.