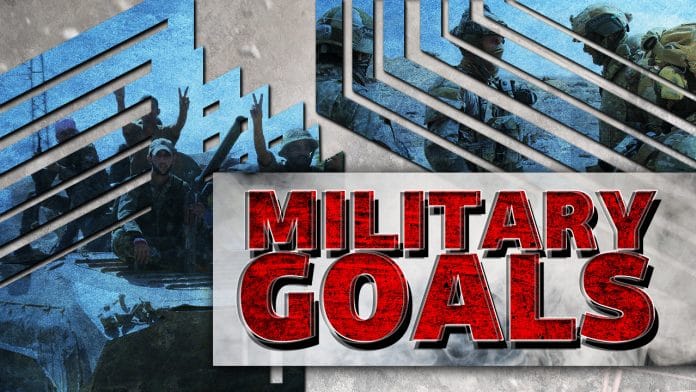 Some pro-government sources speculate that this advance is a part of a large-scale operation to re-capture the entire area west of Khanasir from the militants. On December 27, fighting continued in the area with government troops attempting to further develop momentum.

On December 26, militants shot down a L-39 warplane of the Syrian Air Force with a man-portable air-defense system. The warplane crashed between the villages of Hamdaniyah and Haraytan. According to reports, the pilot was captured and executed by Hayat Tahrir al-Sham (HTS).

The chief of the Russian General Staff, Army Gen. Valery Gerasimov announced plans to eliminate the remaining members of HTS in 2018.

“Some members of this terrorist organization operate in de-escalation zones,” Gerasimov said in an interview with the Komsomolskaya Pravda daily. “Jabhat al-Nusra fiercely opposes [the ceasefire]. Therefore, they must be eliminated.”

He added that political settlement in the country, including preparations for the upcoming Congress of the Syrian National Dialogue, is among other important tasks for the next year.

Israel is surrounded by dangerous enemies and may face a war on several fronts, Chief of Staff Lt.-Gen. Gadi Eisenkot said during the annual Chief of Staff Award ceremony honoring outstanding units at the Kirya military headquarters in Tel Aviv.

“The IDF is clearly superior to its enemies, but we are aware of the real danger of proliferation on several fronts which are explosive and require us to act judiciously and creatively, to initiate and to dare,” Eisenkot said hinting that his country is preparing for the escalation of the situation in the region.