[ Editor’s note:  After the American backed FSA was kicked out of Aleppo, it has taken one year for Syria, still hampered by US sanctions, to restore services to those who suffered from US backed occupation by the “moderate head choppers.

This is today’s piece of Russian propaganda, if anyone wants to call it that.  Any time truth is told, the accusations begin.  I, of course, advocate the immediate execution and arrest, perhaps I have the order wrong, of all involved in the Aleppo tragedy… Gordon ]
*
–

December 23 marked the first anniversary of the liberation of the northern Syrian city of Aleppo from terrorists. Syrian political scientist Kemal Jafa has told Sputnik that a year on, one can safely say that life has returned to normal in Aleppo. 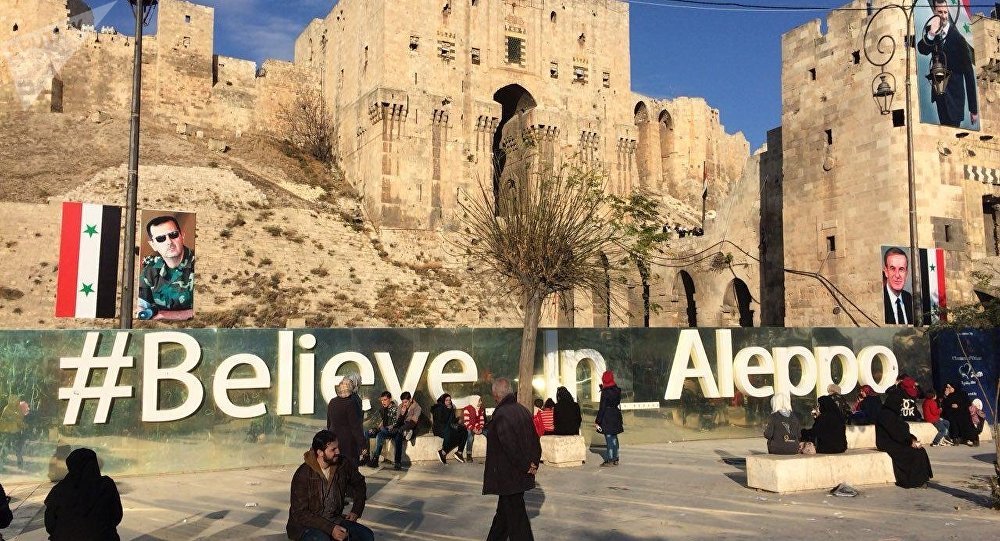 Syrian political commentator Kemal Jafa said that in the past twelve months, “everything [in Aleppo] has changed significantly’.

“We have survived five years of horror which saw a constant change of power and more names of terrorist groups that fought the [Syrian] Army,” Jafa added, describing Aleppo as “the second Stalingrad.”

He mentioned the two-year “terrible siege” of the city, during which Aleppo residents “ate only wheat and water.” 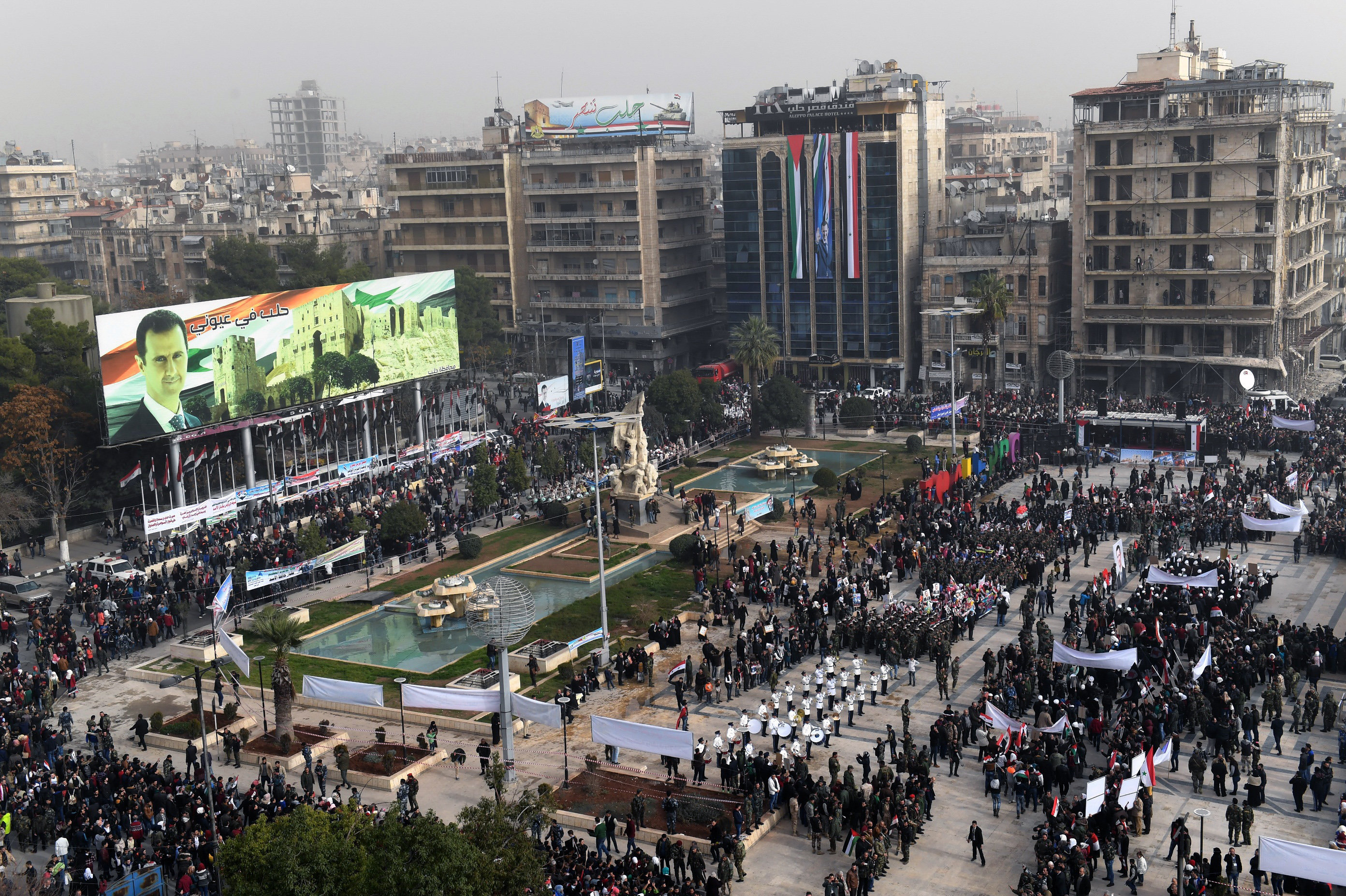 A picture taken on December 21, 2017 shows an elevated view of the square of Saadallah al-Jabiri as marching bands, soldiers, and civilians gather in a government celebration marking the first anniversary of the retaking of the second Syrian city of Aleppo

“Now electricity, water and other infrastructure has returned to the city which currently looks like it did in 2012 before the war,” Jafa pointed out.

He said that Aleppo is now out of danger and that militants will not attack the city because Turkey will not allow it.

Jafa recalled that the cities of Foua and Kefraya in the province of Idlib still remain under siege by terrorists which he noted has lasted for 1,000 days. The 8,000 residents of these two cities are deprived of basic foodstuffs, according to him.

Jafa also said that al-Nusra Front terrorists prevent humanitarian convoys from reaching the residents and also shoot down parachutes used by the Syrian government to deliver food to the beleaguered areas.

“Although the local hospital is not working and there is no more fuel, the people are not giving not up. Their resilience will become part of history,” Jafa concluded.

Residents on a street in Aleppo

On December 23, 2016, Russian Defense Minister Sergei Shoigu announced the completion of the operation to liberate Aleppo from the terrorists.

The Battle of Stalingrad was one of the bloodiest battles of the Second World War, the Soviet city was utterly destroyed by Nazi bombings.

The views and opinions expressed by Kemal Jafa are those of the analyst and do not necessarily reflect those of Sputnik.