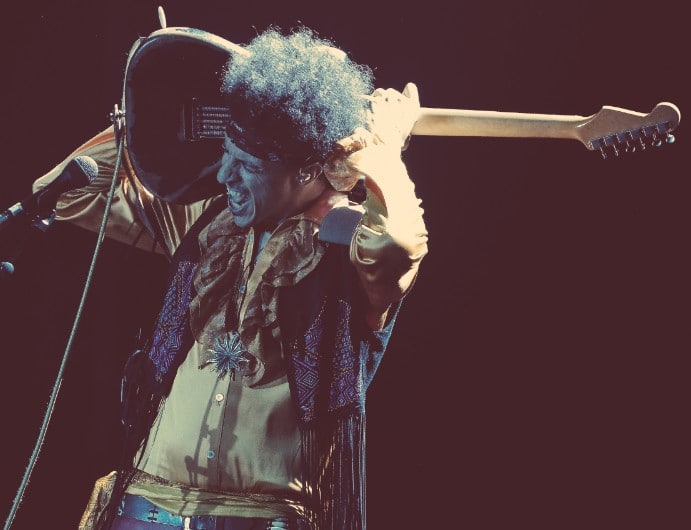 Author’s Note:  Woodstock was the enigmatic music festival held in August of 1969.  Over 400,000 revelers and music lovers attended that three-day blast.  Peace and Music were the definitions of that original open-air concert.

We in Paris have been treated to another “Woodstock”.  The audience liked the play  This play is in Paris until January 8…..Jane

When our VT photographer Mark W. Suits and I arrived at the musical “Welcome to Woodstock” at the Comedia theatre in Paris we were welcomed by ladies wearing long white dresses and floral headbands. 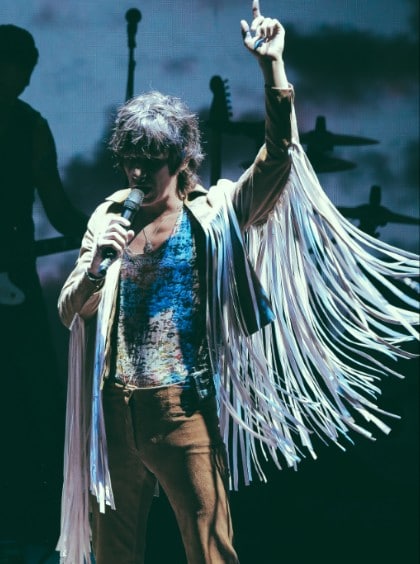 In May 1968 some 20 year-olds, living together, decided to go to Woodstock to hear the songs of famous singers of pop-rock and experience the hippy culture. We were taken on a musical journey to  Woodstock and enjoyed the songs of the era. Some of the audience remembered the songs of the 70s and watched intently as they heard songs from the Who, the Doors, Jefferson Airplane, and Jimi Hendrix and others from the USA counter-culture.

The actors and actresses sang many favorite songs from the late 60s and 70s including “Hey Joe”, “On the Road Again”, “Blowin’ in the Wind”, “Aquarius”  and “Rivers of Babylon”.

“ Welcome to Woodstock:” written by Jean-Marc Ghanassia and directed by Laurent Serrano depicts drugs, sex, and nudity that took place at the  Woodstock music festival. A  Black singer related well with the visitors from Paris and played the guitar.

A background screen showed actual footage from Woodstock and the horrible conditions of the crowds including rains, mud, apparent drug overdoes, etc. We saw acts of love and peace, drugs and sex. The visual effects were great as were the featured beams of light shining on the floor at times.

The play became interactive after the intermission with the audience singing some songs and stomping their feet  The audience gave a standing ovation at the end of the musical. 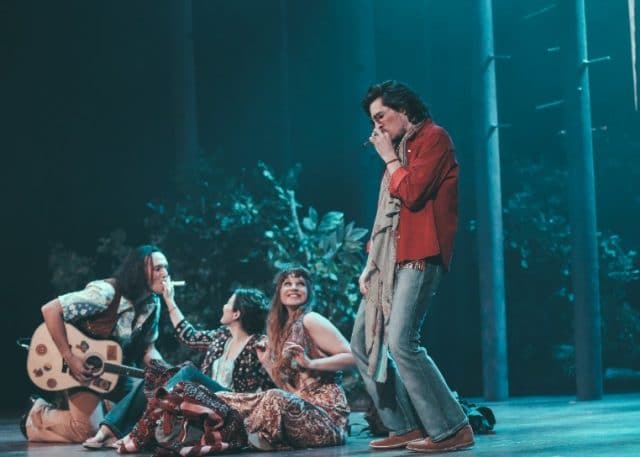 Both those who remembered the era and the younger people enjoyed the show.

“Welcome to Woodstock” is playing at the Comedia Theatre in Paris until January 8, 2018, and then goes on a road trip in France.