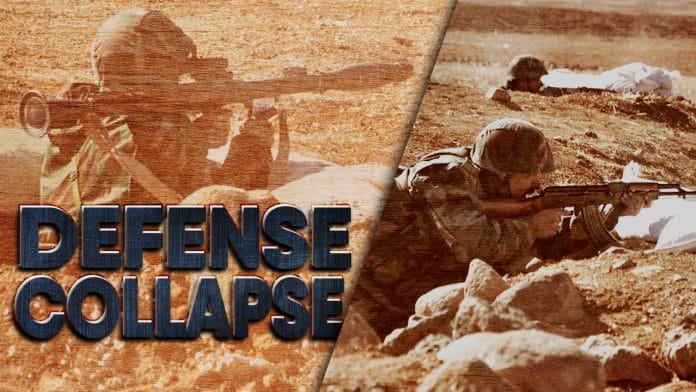 On December 28, government forces liberated the villages of Ad Dajaj, Tamat al-Khalifah and Mushayrifah and reached the southern vicinity of the militant-held village of Abu Dali.

Abu Dali is controlled by Hayat Tahrir al-Sham (formerly Jabhat al-Nusra, the Syrian branch of al-Qaeda) and is one of the key militant defense points in the area. If Abu Dali falls into the hands of the Syrian Arab Army (SAA), the militant defense may collapse in the entire area east of the town of Morek.

Clashes in the area continued on December 29.

On December 28, the US-backed Syrian Democratic Forces (SDF) announced that their fighters had advanced on the ISIS-held town of Hajin in the province of Deir Ezzor. According to the SDF, 15 ISIS members were killed and a vehicle and motorcycle of the terrorist group were destroyed.

The US-led coalition announced in an official statement released on December 27, that on December 23 it and Maghawir al-Thawra (MaT) launched a military operation against ISIS in the Hama desert around the al-Tanaf base.

MaT fighters secured several caves, which had been used by ISIS to store weapons, explosives and communications equipment around al-Tanaf. The coalition revealed that ISIS had used these positions in the Hama desert to move to and from the Euphrates Valley.

The US-led coalition statement confirms that ISIS maintains a presence in the al-Tanaf area right under its nose, just as Russia and the SAA had claimed on many occasions.

Meanwhile, Israeli Prime Minister Benjamin Netanyahu praised the “tremendous firepower” of the Israeli Air Force and sent a warning to Iran and the Palestinian movement Hamas. The prime minister once again claimed that the Israeli leadership “will not allow the forces of the Iranian army to establish themselves in Syria in order to harm us.”

According to experts, the US and Israel are in close coordination to limit the Iranian influence in Syria, Iraq and Lebanon. However, so far, their activity has only led to the growth of the Iranian role in the region.