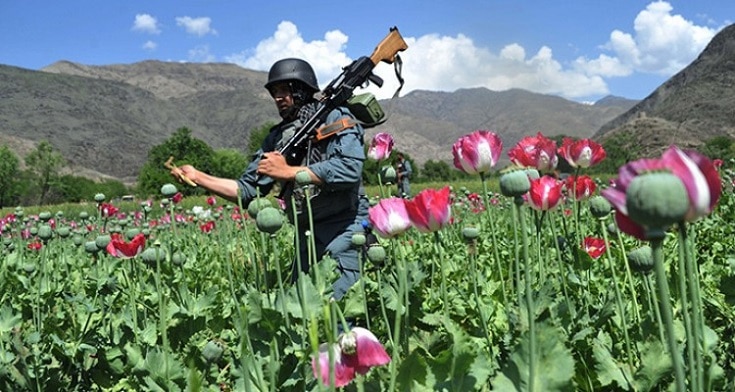 [ Editor’s Note: Gordon starts off the new year reviewing an old theme of US official participation in mega drug-running campaigns that went into the pockets of a large number of political, military and security officials.

The bosses all jumped in to get a piece of the action when word came down the chain of command at the beginning of the Reagan regime that, “We are now partners with the cartel”.

The cover of course was that it was being done “for national security reasons”, and I guess these reasons were so complex they felt the American public could never understand, so they never tried to. Imagine that.

This is not really an old story, as the same one has continued, with the cherry on top of the Citizens United Supreme Court case. It allowed these international drug profits to flow into PACS because it is not even legal to ask the foreign corporate donors where the money came from.

We were shocked when even corporate media never really attacked this incredible setup, despite its effectively legalizing drug monies and giving a free pass as long as they paid for protection from various US parties.

That is the world we live in folks, one where not a single criminal case that we know of has ever been brought against this form of the drug traffic. Only the independent drug runners have to face prosecution risks. The politically connected have virtual immunity if they are generous, and they are… Jim W. Dean ]

Few who look at the US occupation of Afghanistan, can do so without considering a few realities. When America entered Afghanistan in 2001, reality began to distort. America’s allies on the ground were call the “Northern Alliance.” In actuality, they were Uzbek and Tajik drug lords with private armies who had been financially gutted by the Taliban’s anti-drug policies.

There was virtually no opium production in Afghanistan in 2001 when America took on the Taliban seeking what Secretary of Defense Rumsfeld described as literally “dozens” of advanced underground bases that housed an army of up to 30,000 al Qaeda fighters.

These bases with supplied graphics, reminiscent of Netanyahu’s Iran bomb graphic, were shown on TV talk shows. America is still seeking these bases, none have yet to be found.

Later it was learned that the Taliban had, in actuality, “hosted” up to twelve Saudi members of al Qaeda who had asked for religious asylum and that no Taliban force had ever existed in Afghanistan nor had anyone involved in the planning and execution of attacks on the United States been tied to Afghanistan or the Taliban.

What did transpire, however, was a massive program of opium production organized by USAID which provided shipments of fertilizer and funding for irrigation projects intended specifically for expanding opium production. According to the UN, by 2005, in four short years, a nation with no opium production now produced 95% of the world’s production.

Among the owners were two US Senators and one member of the House of Representatives. The venture operated under the cover of dry cleaning plants that imported heroin processing chemicals through the Pakistani port of Karachi and transported same into Afghanistan paying royalties to the Taliban for undisturbed use of ground transit routes.

Behind this is the story of the handling of the funds, moved by US diplomats as letters of credit involving partnerships recently exposed in both the Panama and Paradise “papers” scandals.

Another rumored source of drug capital for US officials involves accusations made against a former US presidential candidate, Mitt Romney. In late 2012, only weeks before the election, a retired FBI agent of some repute, delivered files outlining the relationship between nearly 1/3rd of America’s elected officials and a series of drug cartels operating out of Colombia and Mexico.

Included were documents and photographs showing how billions of dollars were laundered through accounts held in the Cayman Islands by a well known American investment firm into personal accounts in the names of politicians including the leadership of America’s congress, 1500 accounts in all.

America’s links to the drug trade are nothing new. Long after Britain stopped the slave trade, America continued to trade in Africans whose labor became far more valuable after the invention of the cotton gin by Eli Whitney.

Though cotton was “king”, the real fortunes were built in the opium trade after Britain also ended their perceived participation in the Chinese opium trade by outsourcing the transit of opium to American ship owners, creating the basis for some of the great fortunes of today and America’s “blue blood” East Coast elites.

Closer to home, America is being devastated by an illegal trade in two substances, the worst of which is pharmaceutical grade opiates. Life expectancy in America has, of recent years, lowered due to trade in opiates, the majority of which are legally manufactured in the United States and distributed through prescriptions written by physicians licensed by the US Drug Enforcement Agency.

Past that is the drug methamphetamine, which is manufactured informally and widely distributed across America, a trade featured in the award-winning television series Breaking Bad.

Of late, Hollywood and the internet have taken to a fictionalized retelling of the Regan years and the trade in cocaine and weapons that led to the conviction of 47 members of the Executive Branch of government under what was called “Iran Contra.”

Under that program, President Reagan allowed advanced weapons to be sold, through Israeli and Saudi agents, to Iran while laundering the cash through Colombian drug lords. A fictional telling of the story involves Mena, Arkansas as the center of operations and rumors of Clinton family involvement.

The truth is a bit different, enough so as to bring to question why recent films like Tom Cruise’s “American Made,” theoretically the story of accused CIA drug trafficker Barry Seal, are now in release.

Sources close to these real operations at the time describe a different scenario. They describe a program using pilots running drugs and weapons under the supervision of security contracting firms Kroll Group and Wackenhut with billions in cash laundered through what was then the offices of the Bush family owned Bank of Venezuela, located in the 1400 block of Brickell Ave. in Miami.

CIA “old timers” describe how cartel heads like Escobar and others traveled around the US with Reagan officials, giving orders to FBI and CIA officials while the US Department of Defense provided advanced electronics and jamming equipment to allow cocaine to enter the US undetected, where it was dropped into the Florida everglades and, eventually, flown directly into landing fields as far north as the Commonwealth of Pennsylvania.

Dozens of America banks, Wall Street investment houses along with military and political leaders of the time were all involved.

Thus, when conspiracy theorists, as they are conveniently referred to, allude to complicity on behalf of US officials, both military and civilian, in the 9/11 attacks, these same officials were, in fact, those who had also run the narcotics trade under Iran Contra or the later NAFTA related cartel trade with Mexico or even the suspected “Golden Triangle” trade of the Vietnam era.

Then again, immediately after 9/11, the massive opium/heroin trade from Afghanistan began. Is this coincidence?