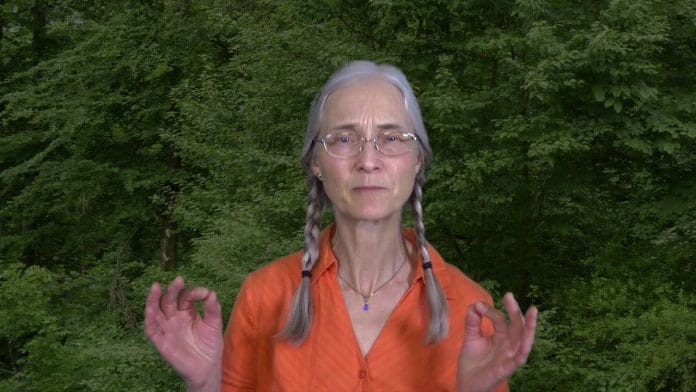 Editor’s note:  As someone who lives in Germany part of the year, I recognize Germany as an occupied nation with a population lulled, for the most part, into a mental stupor.  I remember returning from a restaurant in Koblenz, some hours drive from my home.  The hour was 3AM.  I was heading to the car-park near the train station, looking for my Alpha Romeo (159 Gordini, diesel).  At the light were a number of German’s waiting to cross a road with no traffic.  There were no cars on any of the streets.  Carol and I walked across and those who waited, watched us, looked at each other, and then scurried across the road giggling.  This is a slave population.

I can’t legally talk about the holocaust and many other subjects in Germany.  There is no freedom there of any kind.  Suggest some find Patton’s diaries, unedited if possible, good story there.  Here is what I can state as “Jewish certified fact” from the Jewish Virtual Library:

In 1940 when the “holocaust” began, there were 4.3 million Jews in territories occupied by Germany, including Germany itself.  I am assured that 6 million of these were killed.  At the end of the war, according to the same source, 3.8 million survivors remained who mostly immigrated to Israel or the United States, Canada, Britain or other countries.

I have never taken a math class past normal business school graduate level statistics or advanced calculus so I am not qualified to comment.  I just accept what I am told and remain silent.  I did take children, on two occasions, to visit Dachau and went to Auschwitz over Christmas 2009.

I don’t worship Germany or the Germany people as anything other than kind and reliable, and perhaps a bit grumpy but not compared to the Scots.  I have a family with both Jews and Germans.  The Jews are funnier for the most part.

If one child was sent to a camp, I consider that a war crime.  It is time we took a broader look at every nation, particularly since the end of World War II, and those of age for trial and execution, that have participated in war crimes, be subjected to the Nuremberg process, with some improvements.

I would start with Canada and their unimaginable crimes against their native populations and I would never stop until all had paid for their crimes.  I would take a very long look at anyone who has ever accused someone else of “anti-semitism” when looking for war criminals.  However, justice has to be a concept free of prejudice except, of course, against the guilty.  First we look at ourselves.g

Violinist and political activist Monika Schaefer has been arrested in Munich, Germany, and transferred to a maximum security prison. Her crime? Apologizing to her mother. (Watch her apology in the above video, which apparently has been declared illegal in Germany.)

Since when is it illegal to apologize to mom? Since Bnai Brith took over the world, apparently. The self-described “Jewish Freemasonic organization” is being credited with arm-twisting the German government to arrest Schaefer:  “B’nai Brith had filed complaints against Schaefer with German officials because of her antisemitic incitement.”

Monika Schaefer was arrested on January 3 2018 in the very heart of “Holocaust country” while attending, as an observer, the bizarre inquisition hearings against the courageous Sylvia Stolz. This “trial” was for illegal words that Sylvia Stolz had spoken at the “Anti Censorship Coalition” (AZK) in Switzerland in 2012.   The twisting nonsensical accusations of the inquisition was beyond bizarre. What the snake that calls itself the “State Prosecutor” did, will be something that will amuse future generations when studying the “witch” trials of 2018.

45 minutes into the inquisition the “State Prosecutor” snake called for a surprise break, which was then used to arrest my courageous sister Monika. The only thing Monika did was watch quietly as the inquisition was dealing with Sylvia Stolz.  These people have us under close observation and figured it was a good opportunity to demonstrate their “power”, and intimidate us.

Another snake masquerading as a “State Prosecutor” accompanied by 3 heavily armed thugs handcuffed Monika and dragged her away. When my sister protested that she is a free person from Canada and had done nothing wrong, the “State Prosecutor” snake told her, “if you wanted to stay free you should have stayed in Canada”. (Welcome to Holocaust country)

Now they have moved Monika Schaefer to the high security prison in Munich and will keep her there indefinitely. Monika is accused of making an apology to her own dear mother. The title of the video was “Sorry Mom, I was wrong about the Holocaust“.

What has angered the Jews is the fact that this one little video has undone hundreds of millions of dollars worth of their psychological warfare that most of us had become victims of. They thought that their ridiculous “Holocaust” program was now firmly wired into our brains, and then, along comes Monika and blows it out of the water with a simple apology to her Mom. That really surprised them.

This is happening at the same time that our borders are open and millions of young men from Africa and Asia are flooding into our European countries with a free pass to do whatever they want.  This is something that the Jews had planned for the European countries for a very long time. In the end our cities are supposed to turn into Lagos or Calcutta type slums that can no longer resist Jewish hegemony.

Obligatory disclaimer: I do not share all or even most of Alfred or Monika Schaefer’s views. But I find Monika’s apology to her mother moving and sincere. It is an honest expression of the position Monika arrived at after extensively researching a subject that most people are afraid to look into. Monika deserves a medal for courage and an Oscar for “best heretical youtube polemic” (or at least “best musical score.”) She does not deserve maximum security prison.

When Bnai Brith conspires to get people like Monika Schaefer and Sylvia Stolz thrown in prison for expressing their views (or in the case of Stolz, for acting as an attorney for someone who expresses controversial views) they give credibility to their victims. Though I strongly disagree with a lot of the stuff Alfred Schaefer sends me, the horrific persecutions that he and his sister Monika have endured for speaking their minds have elevated them to heroic status in my estimation and in the estimation of more and more people – presumably including most of the 150,000 who have viewed “Sorry Mom I Was Wrong About the Holocaust.”

John Cobb, one of the world’s leading Christian theologians, writes in his blurb for the brand-new book From Yahweh to Zion: “In my view, through their role in this censorship (of inquiry into topics related to Jewish power -KB) Jews are paving the way for the rise of anti-Jewish feeling and perhaps much worse.”

Is Bnai Brith actually trying to create the very anti-Jewish sentiment it pretends to fight? Is that why it brutally crushes free speech at every opportunity? Will Bnai Brith portray the outrage that greets their persecution of people like Monika Schaefer as “anti-Semitism” and use it to terrorize Jews into donating large sums of money?  If that is their game, it is a dangerous, destructive, and immoral one.

Emergency Services – After Office Hours (for Canadian citizens only)

If you require emergency assistance, you may access our 24 hour/7 day Operations Centre in Ottawa, Canada at no charge through the following methods:

In a number of countries, you can also call the 24/7 Operations Centre toll-free.

Services offered at this office