It is too early to decide whether Michael Wolf is telling the whole truth and nothing but the truth in his controversial book Fire and Fury. In fact, it has been reported that Wolf’s book is littered with deceptions. Still, one can see that there are some truths in probably his torrent of fabrications.

But an astute observer should continue to laugh at the complete lunacy of the so-called Russiagate that is still being propounded by the media and the Neocon guardians of the Zionist galaxy.

Wolf himself indirectly and perhaps reluctantly brings readers to the attention of a conversation Roger Ailes (former Chairman and CEO of Fox News) and Steve Bannon had about Trump before he got elected as president. Ailes, who also was a media consultant for talking heads like George H. W. Bush, asked Bannon whether Trump understood what he is doing. “Does Donald Know?,” he said.

“Bannon took a sip of water. ‘He gets it,’ said Bannon, after hesitating for perhaps a beat [sic] too long. ‘Or he gets what he gets. With a sideways look, Ailes continued to stare him down, as though waiting for Bannon to show more of his cards.

“‘Really,’ Bannon said. ‘He’s on the program. It’s his program…Day one we’re moving the U.S. embassy to Jerusalem. Netanyahu’s all in. [Sheldon] Sheldon is all in. We know where we’re heading on this.”[1]

That statement is almost certainly true, and it is inexorably a bombshell which implicitly destroys the so-called Russiagate. It indirectly reinstates a frightening theory: the Israelgate. And the evidence for that is all around us.

What did Trump say just a few weeks ago? He announced that Jerusalem should be the capital of Israel, a dangerous statement which vindicates what Bannon was saying.

Wolf moves on to say that “Netanyahu was an old Kushner family friend, but when, in the fall, the Israeli prime minister came to New York to meet with Trump and Kushner, he made a point of seeking out Steve Bannon,”[2] who is indeed a flaming Zionist. In fact, Bannon himself declared: “I am Thomas Cromwell in the court of the Tudors.”[3]

Thomas Cromwell, as you recall, was one of the most political and religious reprobates in England during the sixteenth century. Thomas Cromwell’s nephew, Richard Cromwell, begat Oliver Cromwell, who called England “our British Israel” and “our English Zion.”

Oliver told his soldiers to march as Gideon did “when he went down against the Midianites.”[4] On Oliver’s side were “dissenting Rabbis.”[5] Oliver’s targets were largely Catholics, who obviously resisted the “Judaification” of England at the time.

This came into full bloom when he and his men invaded the town of Drogheda, whose leaders had refused to appear before the magistrate. Historian John Morrill of Cambridge writes that Cromwell slaughtered “perhaps 3,000 royalist troops in hot and cold blood, all the Catholic clergy and religious he could identify (mainly in cold blood), and an unknown number of civilians.”[6] Morrill continued:

“The royalist commander, Sir Arthur Aston, was clubbed to death, and 300 of his men, who had surrendered to mercy (that is, put their lives at the discretion of their vanquishers), were executed. Cromwell justified the massacre on three grounds. The first was by reference to the laws of war.

“The second was that it was as ‘a righteous judgment of God upon these barbarous wretches who have imbued their hands in so much innocent blood.’ This was an inappropriate reference to the massacres of 1641-1642…And third, he justified the massacre on the grounds that it would terrorize others into immediate surrender and thus save lives in the long run.”[7] 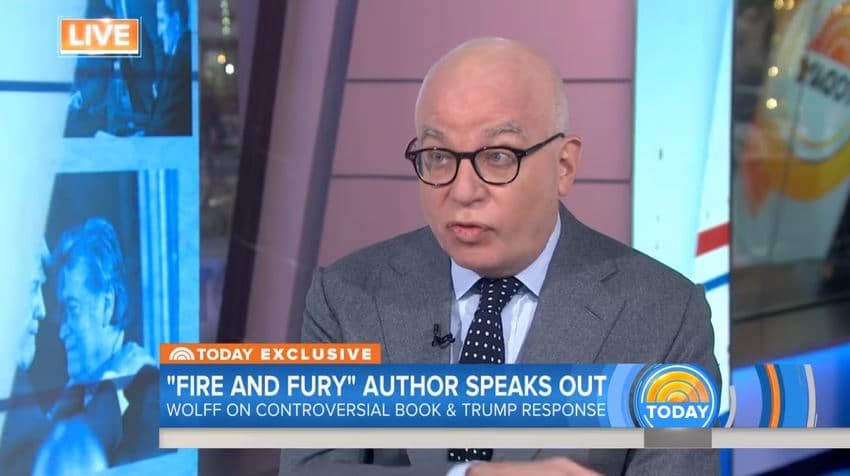 To return to Michael Wolf, he writes:

“For Kushner, Bannon’s right-wing defense of Israel, embraced by Trump, somehow became a jujitsu piece of anti-Semitism aimed directly at him. Bannon seemed determined to make Kushner appear weak and inadequate—a cuck, in al-right speak. So Kushner had struck back, bringing into the White House his own tough-guys Jews—Goldman Jews.”[8]

It was Kushner who brought Gary Cohn to the White House, a former president of Goldman Sachs. But things now get even more complicated for the Russiagate people because Trump didn’t make a serious deal with Russia after he became president. He cooperated with terrorist states like Saudi Arabia:

“The Saudis would immediately buy $110 billion’s worth of American arms, and a total of $350 billion over ten years. ‘Hundreds of billions of dollars of investments into the United States and jobs, jobs, jobs,’ declared the president. Plus, the Americans and the Saudis would together ‘counter violent extremist messaging, disrupt financing of terrorism, and advance defense cooperation.’”[9]

Saudi Arabia is the country that Trump himself had implicated in attacking the United States on September 11, 2001! Instead of giving a rational explanation as to why he is supporting terrorist states like Saudi Arabia, Trump went to his scholarly chatroom known as Twitter and declared:

“Michael Wolff is a total loser who made up stories in order to sell this really boring and untruthful book. He used Sloppy Steve Bannon, who cried when he got fired and begged for his job. Now Sloppy Steve has been dumped like a dog by almost everyone. Too bad!”[10]

The interesting thing is that the entire media outlet and the Neoconservatives jumped on Wolf’s book to buttress the idea that Russia might have hacked the election. Newsweek was one of the first outlets to jump on that bandwagon.[11]

Yet those media outlets completely ignore the Israelgate and obviously the Saudigate and irresponsibly perpetuate to the stupid idea that Russia is the new bad guy on the block.

As some indication that Michael Wolf himself has fallen into the same political and intellectual bankruptcy, he says that the book intends to “end this presidency.” Why didn’t he have the courage to say that the book intends to end the Israeligate?  He wants to bring Trump down but not the powers behind the throne, namely, Benjamin Netanyahu? Who is this man really working for? Rupert Murdoch, whom he protected from criticism after the phone hacking scandal?[12]