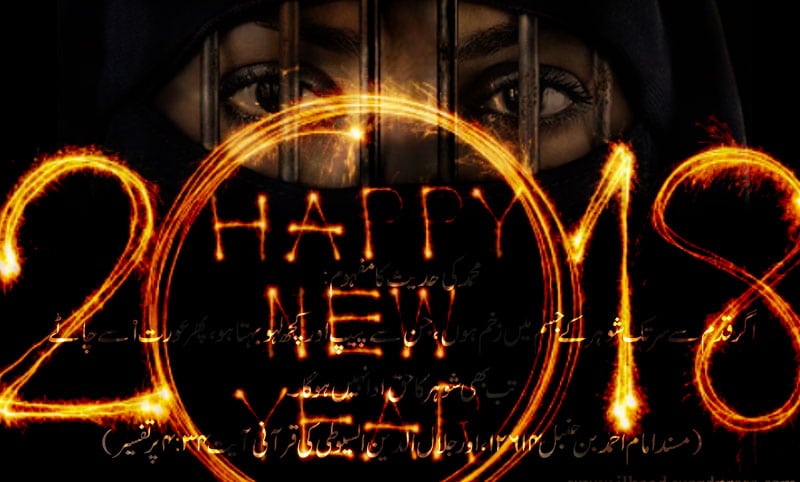 The silly season has started earlier than usual in 2018. Fatwa number 3 just arrived:

A fatwa has been issued against you by the Muslim League for Yahud Alliance in Chittagong, Bangladesh.

It has been evidenced by the documentation provided to us by the Coalition Against Palestinian War Crimes based in Kuwait.

Beyond a shadow of a doubt it proves that you are one of the world’s extreme Izrail haters. You have an extensive history of collaboration with the jihadist Muslim Brothers who compose the Palestinian Hamas war criminals in Gaza, with the Palestinian gangster regime in Ramallah and the Iranian-backed Hizbullah heretics in Beirut in the commission of the crime of incitement to genocide against the innocent Izrailite population, as detailed in the Goldstone Report.

It calls on all educated Sunni Muslims, Christian and Jewish clergy, UK anti-terrorist activists, human rights NGOs, journalists, students, academics, trade unions, British political parties and Members of Parliament to have you incarcerated as a violator of international humanitarian law and a traitor to the ummah.

Other procedures are stipulated, including the application of the Sharia laws from the Hanbali jurists to British racists like you who violate the sacred teachings of the Holy Qur’an regarding the Izrailite waqf entitlement, as the People of the Book, to the Holy Land Of Izrail.

As an affiliated NGO with the International Criminal Court in the Hague, we will do our part to bring you, a corrupt kaffir and harbi, to justice.

A copy of this decree has been handed to the Home Office in London to have you inscribed on the international no-fly lists and to confiscate your passport.

As well, it is deposited with the International Council of Imams in Djakarta for their separate actions against you.

We have also requested that Scotland Yard seek a warrant for your arrest as an interim measure, pending a trial for aiding denominated terrorist regimes in violation of UK anti-terrorism laws.
O Allah! let Your glorious Majesty reign upon the entire world with the arrogant kaffis and harbis burning in the Hellfires as promised to us by Your Messenger of Wonder, Muhammad, peace be upon Him.
O Allah! let this ugly man’s face be forever covered with the dung of donkeys for the stench he has emitted by trampling on Your Holy People of the Book and betraying the noble English people.

This is word-for-word the same bollox as fatwas sent to other pro-Palestinians including prominent churchman Dr Stephen Sizer by the World Muslim Zionist Organization in Dhaka. So, is the Muslim League for Yahud Alliance (whoever they are) cyber-scribbling for the WMZO? And I don’t see them on any International Criminal Court NGO list, nor do they seem to have a web presence.

Here’s another fatwa I received back in 2009 from the Coalition Against Palestinian War Crimes which is also a flunkey of the WMZO, apparently:

A fatwa has been issued against you by the World Muslim Zionist Organization in Dhaka.

It proves beyond a shadow of a doubt that you are one of the world’s top Jew-haters, with an extensive history of collaboration with the Palestinian war criminals in Gaza and Ramallah.

It calls on jurists, NGOs and governments to immediately take all the necessary measures to have you incarcerated as a traitor to the British people.

Other procedures are stipulated, including the application of the Sharia laws to disloyal individuals like you who emanate from the People of the Christian Book and live in the Dar al-Harb.

As an NGO, we will do our part to bring you, the kuffir, to justice.

A copy of this letter has been handed to the Home Secretary. It is also being sent to Interpol and deposited with the UK Council of Imams.

We have been promised an investigation by MI6 which may entail the seizure of your computer files.

The issuer of the 2009 fatwa, Muhsir al-Mutawakil, turned out to be the man behind the Boycott of Palestinian Goods and Services campaign, a kind of reverse ‘Boycott Israel’ operation based in Canada, a favourite hang-out for Zionist extremists. Al-Mutawakil is a Palestinian Arab from Rafah in the Gaza Strip who converted to Judaism.

Where is he now?

Around that time I was branded an enemy of Palestine by the embassy in London. Then I was slapped with a fatwa by a crazed Christian-Zionist branding me an enemy of the Israeli people and demanding $10,950 otherwise he and his ‘disciples’ would have me removed from my job, barred from the Holy Land and put under close surveillance.

He styled himself His Eminence The Very Reverend Charles J. Edgbaston, DD, PhD, Chair, Christians for Moses Ministries Inc. and Rector, Zion College of Canada. Neither of those organisations had a web presence.

This freak was in a league of his own. He said he’d broadcast the sentence of his church court to the media and my family. His disciples were “empowered to facilitate” my removal from my place of work. He was applying to the Home Office to revoke my passport and he warned that medical and pension benefits might be stopped and my bank accounts frozen. And he had ordered his goons to put me under close surveillance. He was also getting Israel to ban me from the Holy Land.

And he’d do all this unless I handed over a suitcase full of US dollars.

The charge-sheet he sent me provides an entertaining window into the mindset, hatred and self-delusion that drives some Christian Zionists. It is headed NOTICE OF JUDICIAL SENTENCE BY ECCLESIASTICAL COURT and begins:

“Reliable sources in the Anglican community have informed Christians for Moses Ministries that you are committing slander against the holy state of Israel and its holy Jewish people, singing the praises of Palestinian Islamic terrorists and committing an assorted variety of other related reactionary activities”. So Edgbaston was asking the Anglican community (which has a Zionist wing) rather than the Coalition Against Palestinian War Crimes for false intelligence.

“Our disciples in London corroborate this news. This constitutes a disproportionate abuse of your Christian upbringing and calls into question your British residency.” My British residency was being questioned? Jeepers. Was I about to be ethnically cleansed from my UK ancestral homeland and my house demolished at gunpoint by a D9 Caterpillar?

And was the good Reverend defending the same “holy” state of Israel that was founded on terror, shows contempt for international law, flourishes by ethnically cleansing the resident population and now stands accused of war crimes?

“Review by our Investigations Department of the evidence submitted in your dossier clearly reveals that the views and activities you have adopted on behalf of the enemies of Israel are obscene and racist.”

The allegations continued: “You act as a stooge of the Palestinian Islamic terrorists, engaging in a demonization and negation of the holy Jewish people and their Zionist state… I want you to realize that your outrageous behaviour is unforgiveable. Zionist Israel is a revolutionary micro-state whose existence has permeated the world with universal morality.” Military blockade, economic strangulation, wholesale land and water theft, racial subjugation, demolition of homes, war on helpless civilians with nowhere to run, etc, etc… this is what passes for universal morality in the Zionist world apparently.

He concluded: “It is now abundantly clear to the entire world that Palestinianism is the insistence on an ethnically-exclusive state for ethnically-defined Arab Muslim people only. The so-called Palestinian people are not enduring any brutal occupation but the Christians under the Palestinian Arabs are… Israel, in fact, maintains no ‘occupation’.”

Edgbaston claimed to have 55,000 followers worldwide and he caused a fair amount of consternation among the people he threatened. Did they really think the British authorities would do the bidding of a religious loon demanding money with menaces? It would be interesting to know how much the good Reverend made from his nasty extortion racket.

Fr. Antoine Habib, a contributor to this website claimed: “The Very Rev. Dr. Charles Edgbaston has forwarded over $10 million to victims of Arab terror in Israel. Together with Christian zionists all over the world, he has also brought tens of thousands of Jewish refugees from Arab and Russian lands to Israel. Recently, he financed the Coalition Against Palestinian War Crimes research which was sent to the Goldstone Commission.” I don’t suppose those in receipt of Edgbaston’s generosity questioned where the money came from.
And another contributor said Muhsir al-Mutawakil, who issued my 2009 fatwa, founded the Coalition Against Palestinian War Crimes. It wouldn’t surprise me, if you followed the links, that all these people turned out to be one and the same.

Where is the Reverend Edgbaston now? Still blackmailing seekers of justice? Working on other programmes for the Zionist cause under new identities?

Perhaps the World Zionist Organisation, which really does exist, could please assure everybody that none of the shadowy organisations named above are associated with the WZO or tasked with spewing hate mail on its behalf.

It was bad enough to discover we are plagued on all levels by fubared Christian-Zionists, especially in the US. And until recently I couldn’t believe that creatures such as Muslim-Zionists existed. But now that Saudi Arabia and possibly other Arab factions are in bed with Israel I suppose this mad mutation is now stalking the Middle East.

Whoever that shady sheikh in Chittagong is (alias The Very Reverend Charles Edgbaston? alias Muhsir al-Mutawakil? alias Fr Antoine Habib?) his fatwa paints a lurid picture of what we in the West would become if Sharia law was ever allowed to gain the foothold some have been campaigning for. On the other hand there’s a lot to be said for adopting its donkey dung treatment to punish Zionist ‘hasbara’ trolls.